Why is it called an “Indian file”?

I recently came across a US phrase, Indian file. This is utterly unheard of in the UK, and probably outside North America; at least I’ve certainly never heard of it. The phrase would be expressed in British English as single file. Why is it called Indian file in the US? I’m guessing the phrase has something to do with the prevalence of Amerindians, but I can’t see any obvious etymology.

Presumably because this is the way the settlers thought American Indians walked on trails through the forest. They probably did; if you have narrow trails, this is the only comfortable way to walk them. By the way, in my experience, it's not "an Indian file"; unlike "single file", "Indian file" is not used as a noun.

*They formed an Indian file. 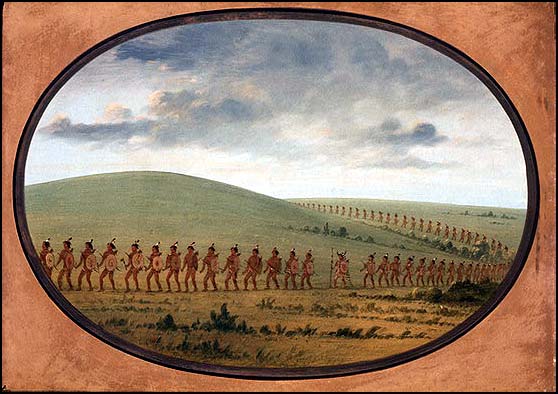 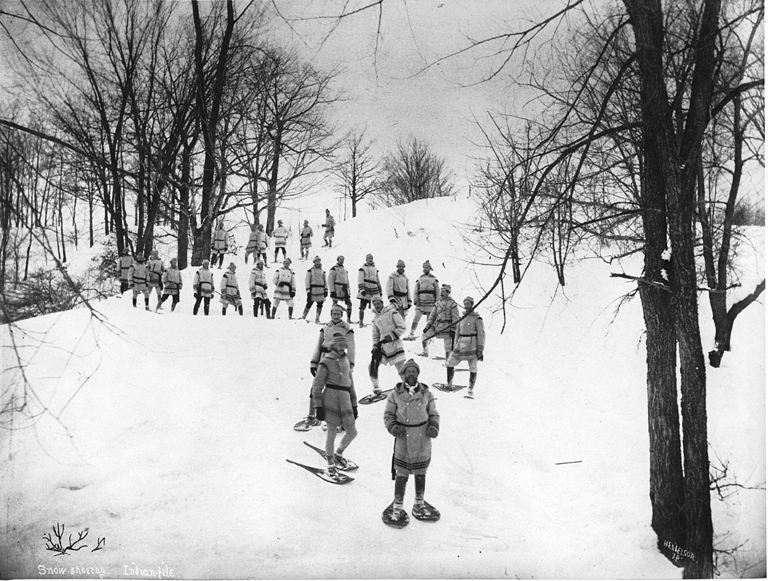 Just as a point of information, I've lived all my life in the USA, most of it in Oklahoma where (American) Indian peoples are more than 10% of the population and culturally very prominent. To my knowledge I have never before heard that term.

If I had to hazard a guess, this probably relates to the way some particular tribe used to wage war. A lot of tribes looked at warfare as a very stylized affair, much like Europeans did in the Middle Ages. You'd typically get more glory by running up and slapping one of the enemy than by actually killing them (as this was actually more difficult). However, Indians were/are not one people with one coherent culture, so these things can vary quite a bit.

So the term is probably a regionalism.

I've lived in Ireland all my life, and am familiar with this term. I wouldn't have thought of it as an Americanism, though I did know it refers to/derives from "American Indians", not Indian Indians. I don't know what the geographic spread of the phrase is, but I'm nearly certain it's popped up in British children's books.

I was born and raised in the UK and have long known this term, though most likely through my fairly wide lifelong reading. As already noted, the term has the same meaning as "single file". In fact, it is also syntactically equivalent: both are used adverbially. E.g.

To walk (in) single file.

I am surprised no one has mentioned this so far: In the U.S. a common saying is

which might be used, say, as an indication to other members of a group walking together to use a single file. A native of the western U.S., I've never before heard the term Indian file, though.

"Along the esker Following a fox with our fingers crossed Or after an ogre in Indian file, We stole with our sticks through a still world of Hilarious light . . ."

Auden puts these words in the mouth of an English woman living in New York, who is recounting a childhood memory. And of course Auden himself was English-born. That would suggest to me that the term was known in UK English usage.

Because that is how the Red Indians hunted — one after the other — following the trail of the animals.

7
When was the expression "Indian file" first used in English?
3
Is the term Indian Giver politically correct?

5
Dinky cars (toy cars)
3
Origin of using "gets to"
18
When did the term "flip flop" displace the term "thong" in North America for a type of sandal?
1
Why are curse words called "curse" words?
6
What does “It’s just another day in paradise.” mean in political and diplomatic context in association with U.S. and Russia summit talks?
5
Why is a cold shower called a “Scottish Shower”?