What Character Was Removed from the Alphabet?

the ampersand today is used primarily in business names, but that small character was once the 27th part of the alphabet.

Is this true? Are there any more 'letters' removed from the English alphabet?

According to the Wikipedia page on the Ampersand, this is true.

The ampersand often appeared as a letter at the end of the Latin alphabet, as for example in Byrhtferð's list of letters from 1011. Similarly, & was regarded as the 27th letter of the English alphabet, as used by children (in the US). An example may be seen in M. B. Moore's 1863 book The Dixie Primer, for the Little Folks.

Here is the page from The Dixie Primer, for the Little Folks: 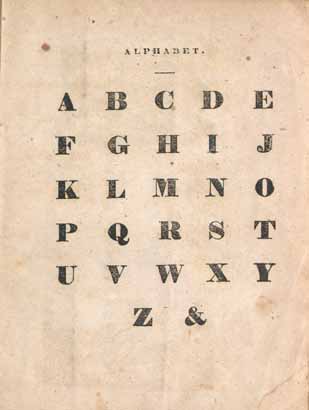 Traditionally, when reciting the alphabet in English-speaking schools, any letter that could also be used as a word in itself ("A", "I", and, at one point, "O") was repeated with the Latin expression per se ("by itself").

This habit was useful in spelling where a word or syllable was repeated after spelling; e.g. "d, o, g—dog" would be clear but simply saying "a—a" would be confusing without the clarifying "per se" added.

It was also common practice to add the "&" sign at the end of the alphabet as if it were the 27th letter, pronounced as the Latin et or later in English as and. As a result, the recitation of the alphabet would end in "X, Y, Z, and per se and". This last phrase was routinely slurred to "ampersand" and the term had entered common English usage by 1837.

However, in contrast to the 26 letters, the ampersand does not represent a speech sound—although other characters that were dropped from the English alphabet did, such as the Old English thorn, wynn, and eth.

This may be stretching strict answers, and I'm a little late to the game, (What's 17 months?) but if we look/listen to the song used to help children memorize the alphabet, & (as "and") could be considered the modern 26th item, placing Z at 27, though it's rarely still written as a list that way.

Not the answer you're looking for? Browse other questions tagged alphabet or ask your own question.

61
Is there a reason behind the ordering of letters in the English alphabet?
7
Does any English dialect use any non-English foreign letters in their alphabet?
1
Are there any plans to extend the English alphabet
32
Ye olde english alphabet question: Any other letters lost besides thorn, edh, and yogh?
13
Why does English omit diacritics on foreign names?
5
Why don't ligatures have names?
8
Why did Old English use C while other Germanic languages used K?
4
& as a letter in the alphabet?