In the book Happiness at work by S. Rao there is mention of regulation headgear:

April glanced out from the upstairs bedroom window. There were two men on the stoop outside. She could not see their faces because they wore regulation headgear. Both were in uniform.

These are army men, who came to a woman to tell April that her husband has been killed in action.

I assume that regulation headgear means some sort of army hats or caps. I thought they may look like this: 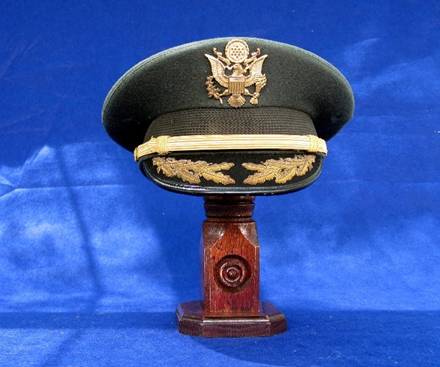 But it's wrong - according to the paragraph, the headgear obscures the face.

Then I thought that maybe it something like this: 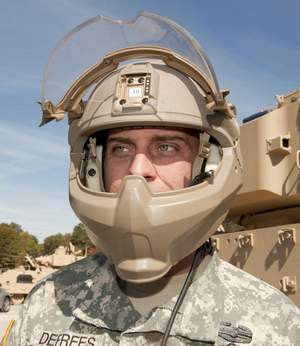 It obscures the face alright, but there is a problem. I assume that in the paragraph above the story takes place in some peaceful region. It's hard to imagine that people, even army people, walk around in helmets like these. I don't see the purpose.

Therefore my question: What kind of headgear is likely to be meant by regulation headgear in the paragraph above?

Since she's looking from the upstairs bedroom window, i.e. downward, the visors (or peaks, if you will) on their military (or any other kind of uniform) caps will in fact conceal their faces.

Regulation headgear, or any other clothing item with the word "regulation" in front, simply refers to that item meeting the service's regulations (i.e. rules, guidelines, standards) for uniform wear. Here is one example for the U.S. Army.

Depending on the prescribed "uniform of the day," regulation headgear might be a helmet, a ball cap with the unit name on it, a combination cap (like your first image) a tilley, a knit cap, and so on. In contrast, non-regulation head gear includes jester hats, Mickey Mouse ears, Green Bay Packers Cheese Heads, and such.

So whether something obscures the face has nothing to do with it being regulation or not.

4
What does “the little guy” in “(Larry Summers) would be an enthusiastic enforcer of bank regulation to protect the little guy” mean?
4
What is the word or term used to describe a person who intentionally ignores a rule/regulation/order
3
What does President Obama's joke, "Bucket taking executive action on immigration," "Bucket new climate regulation" mean?