I've been quoting Lolita (as well as Don Juan, Man and Superman, Pygmalion, Tom Jones, and various Mark Twain's witticisms) for a while now; some people might be annoyed by this, but I don't care anymore, for reasons that should be obvious to some people here):

From Lolita by Vladimir Nabokov:

She sat right in the focus of my incandescent anger. The fog of all lust had been swept away leaving nothing but this dreadful lucidity. Oh, she had changed! Her complexion was now that of any vulgar untidy highschool girl who applies shared cosmetics with grubby fingers to an unwashed face and does not mind what soiled texture, what pustulate epidermis comes in contact with her skin. Its smooth tender bloom had been so lovely in former days, so bright with tears, when I used to roll, in play, her tousled head on my knee. A coarse flush had now replaced that innocent fluorescence. What was locally known as a "rabbit cold" had painted with flaming pink the edges of her contemptuous nostrils. As in terror I lowered my gaze, it mechanically slid along the underside of her tensely stretched bare thigh—how polished and muscular her legs had grown!

The way it's dashingly described, the condition is instantly recognizable in the sentence (let's give the author that, he is an artist, not just a linguist).

But. Is there a more common term for it? 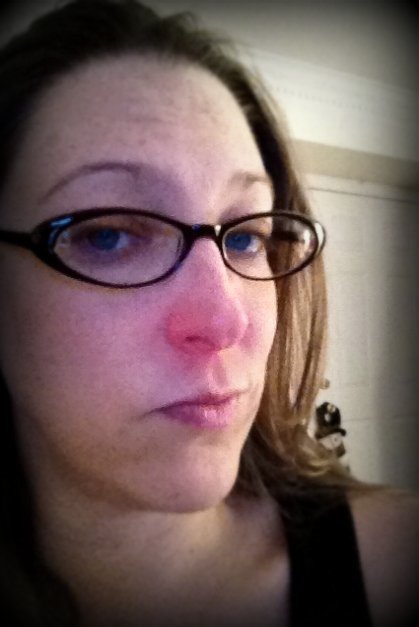 "Locally known" would mean New England, or, to be more precise, Massachusetts, where the novel's "Beardsley School for Girls" is located, according to some reputable sources, including, but not limited to, the fellow who authored The Annotated Lolita (a volume that includes the novel's text and an index and comments whose length exceeds that of the novel).

A bright gal published an essay on the web in which she claimed she had definitely gone to the school that is described in the novel. The essay includes this photo: 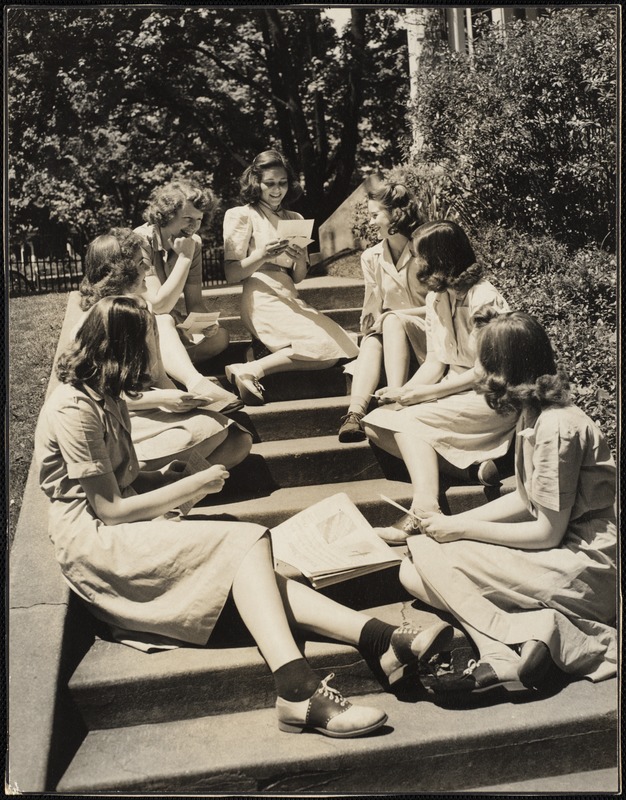 In the French translation of the novel the "rabbit cold" is referred to as "le rhume des lapins" (courtesy of @Graffito): word-for-word, and just as puzzling as the original. The Russian translation of the same novel (penned by Nabokov himself) has it as "кроличья простуда", which, I'm told, is the exact same thing, and a quick google search on it turns up the exact same useless slew of references to sick rabbits and various methods of treating them as the original.

Runny nose is an alternative expression; 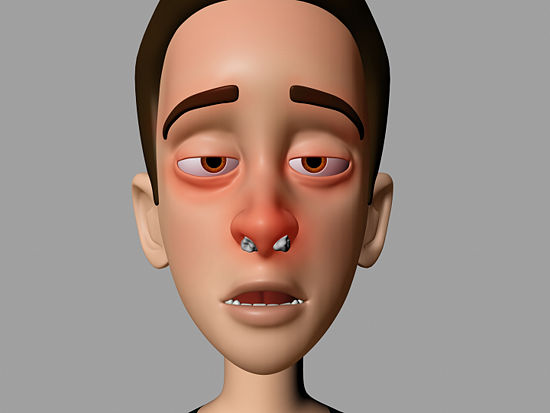 Rhinorrhea or rhinorrhoea is a condition where the nasal cavity is filled with a significant amount of mucus fluid. The condition, commonly known as a runny nose, occurs relatively frequently. Rhinorrhea is a common symptom of allergies or certain diseases, such as the common cold or hay fever.

Rosacea starts as redness on the cheeks, nose, chin, or forehead (and less often on the neck, scalp, chest, or ears). At first, rosacea comes and goes. After a while, the redness deepens and lasts longer. Visible blood vessels appear in the skin. If not treated, pimples and bumps develop. The nose may become large and bumpy as tissue builds up. And rosacea sometimes affects the eyes, making them irritated, watery, and bloodshot. 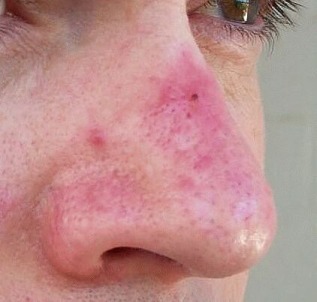 There is another, very similar, skin ailment called couperose that mimics the symptoms of a reddish nose and flushed cheeks

The following list represents the differences between Couperose and Rosacea:

And, I'm sorry to disappoint the OP but I found no instances that supported Humbert's claim that "rabbit nose" was a vernacular expression from Ramsdale in New Hampshire. The only examples of "rabbit cold" I found on Google Books, which did not refer to rabbits feeling the cold, were related to Nabokov's novel. If it is a dialectal expression, it has either faded away or it never existed, a neologism that Nabokov created for literary purposes.

Not the answer you're looking for? Browse other questions tagged terminology lolita or ask your own question.