Does the word ‘hard-boiled’ have a positive connotation?

Upon a quick google search 'hard-boiled' means tough and cynical even though it doesn't say that this is a disapproving term. One of the synonyms of this word is 'hardened' which means 'very experienced in a particular job or activity and therefore not easily upset by its more unpleasant aspects' which seems like an admirable quality to have for likes of a soldier, militant or an inspector. But such a person would be labelled callous or uncaring about other people's feelings which is confusing me as this is unlikable quality to possess. Or is it that two different words can mean the same but still have different connotation?

Different situations call for different attitudes. Hard-boiled would be hard for a young girl to take as a compliment. Unless she's your divorce attorney.

So yes, just like your examples, it has positive and negative connotations. It just depends on how you feel.

an idea or feeling that a word invokes in addition to its literal or primary meaning.

"the word “discipline” has unhappy connotations of punishment and repression"

"there was a connotation of distrust in his voice"

As a parent, would you prefer a paediatrician who is “hard-boiled” or “caring”? A hard-boiled paediatrician implies that the doctor is unemotional, but extremely practical. A doctor who is unaffected by the sight of children suffering, and just performs their job in a no-nonsense way. This lack of sentimentality could be a positive trait in the medical profession, but more likely, as patients and family members of sick children, we would perceive this doctor in a negative light.

As a general, would you prefer a soldier who is “hard-boiled” or “caring”?

A hard-boiled soldier, on the other hand, implies that the person has been toughened by the experience of killing and fighting on field. To me, that soldier sounds as if he or she performs their duty in a slick, cold, and highly-efficient manner. This lack of sentimentality could be perceived as a positive, or even an essential trait of a good soldier.

The following Ngram shows that speakers associate hard-boiled with cynical, realistic, tough, cold, and lastly, practical. None of these adjectives suggest a warm caring person.

The next Ngram displays some of the most common words (excluding egg and eggs) linked with hard-boiled. Google seems to favour hard-boiled detective fiction and describes the literary genre as

TV tropes has a page dedicated to Hardboiled Detective

A tough, cynical guy with a gun and a lot of Street Smarts, who solves mysteries with dogged persistence rather than astounding insight,

Returning to the OP's first example, where it is argued that the following use of hard-boiled carries positive connotations, I would disagree.

What it means is that despite being the tough and unsentimental, these soldiers would be moved to tears if they witnessed that amount of blood shed. The adjective hard-boiled is used in juxtaposition with the soldiers' tears i.e., compassion.

The term has a positive connotation in hard-boiled confectionery.

It may well be because the consumer here is not bothered really about the connotation of the term but only with the result.

These are made from a concentrated solution of sugar which has been heated and then cooled to form a solid mass containing less than 2 per cent moisture.

The term 'hard-boiled' arose in the last quarter of the 19th century. It was initially strongly associated with criminality. However, by the late 1910s people began to play with the notion of hard-boiled and it took on 'positive' connotations whilst also continuing to convey the sense of being tough and unsentimental. This play with the term began with early 20th century American journalists and also appears frequently in early movie criticism. The positive connotations of hard-boiled are urban in origin and it suggests that being or seeming tough and unsentimental was being entertained as a positive way of dealing with city life. Throughout the 1920s, there are many fictional characters, many in movies, that explore the 'positive' side of being hard-boiled. Some contemporary critics and humorists referred to the 1920s as the 'hard-boiled age.' 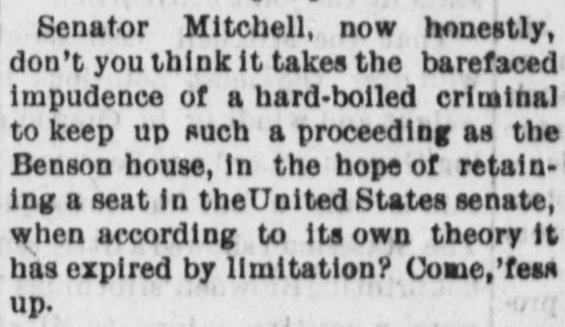 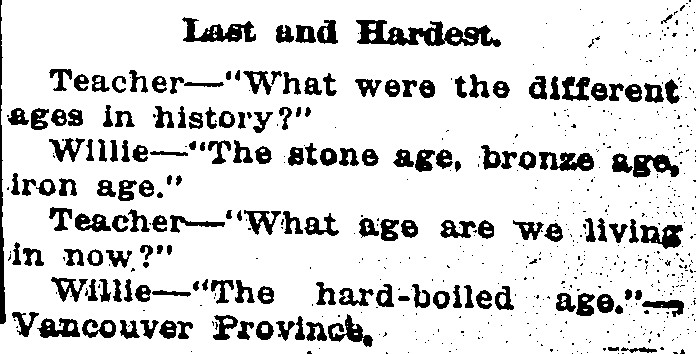 Merriam-Webster's Eleventh Collegiate Dictionary gives three definitions of hard-boiled (in order of chronological appearance, from earliest to most recent):

hard-boiled adj (1886) 1 a : devoid of sentimentality : TOUGH {a hard-boiled drill sergeant} b : of, relating to, or being a detective story featuring a tough unsentimental protagonist and a matter-of-fact attitude toward violence 2 : HARDHEADED, PRACTICAL {hard-boiled business decisions}

The American Heritage Dictionary of the English Language, fifth edition (2011) has a somewhat similar set of definitions, although it entry includes the literal meaning as well:

hard-boiled adj. 1. Cooked by boiling in the shell to a solid consistency. Used of eggs. 2. Callous; unfeeling. 3. Unsentimental and practical; tough.

Not the answer you're looking for? Browse other questions tagged meaning connotation or ask your own question.

2
What's the difference between hard-boiled fiction and crime fiction?