Is it okay to use the word “Negro” in a historical context? [closed]

In a few days, I have to do a class presentation project about the 1920s Harlem Renaissance.

I want to say that the movement's original name was the "New Negro Movement," but I'm not sure if that's okay. I'm white, and I really don't want to offend anybody in my class.

Is it all right to say this word in context? Or, should I ignore its original name, and only refer to it as the Harlem Renaissance?

Is it okay to use the word “Negro” in a historical context?

Yes, absolutely. If that was term used, even in a pejorative sense, in the context of serious research you can always include things that are true and relevant.

I'm white, and I really don't want to offend anybody in my class.

That is impossible to answer even if the members of this forum were in your class. It is entirely possibly you could offend somebody. Whether or not your report or talk will offend someone should be the least of your concerns if what you are writing or saying is well researched and based on reliable facts. Academic study, even of sensitive social issues, isn't restricted to nationality, gender, religion, or ethnicity.

In the context of this class, and definitely in the name of the movement, I would say it's okay. To be even more safe, you can refer to the movement as the "New Negro Movement" and its members as African Americans (if that's correct).

The United Negro College Fund still operates under that name, even if they have changed their branding to UNCF. However, a disclaimer may be in order. Even Mark Twain agreed somewhat with the decision to ban his works based on racial epithets, primarily because he intended them for adults, not children. Something along the lines of "... the outdated term, the "New Negro Movement", which used a term consider politically correct for its day, although not for ours".

For historical reasons the term has been considered derogatory since the late '60s. As far as I can see the context you mention does not appear to have any intent other than its academic usage.

The official name of the movement is a historical fact. There is absolutely no academic excuse for falsifying history. However, it may be part of your task to explain the historic context to your audience so that they may judge the significance of the choice of words made at that time properly.

It is in the nature of history to often be offensive in various manners. We still want to learn as much about it as possible in order not to repeat mistakes that were made. Hindsight may not be impressive, but it's better than blindness.

Go ahead and use the term. As a scholar, it is important to not shy away from the past. If we forget exactly how offensive things were in the past, we are doomed to repeat those mistakes in the future. This is not to say you should be too cavalier about it, though. Personally, I would take a page out of Warner Brothers' book and begin your presentation with a warning similar to the following: 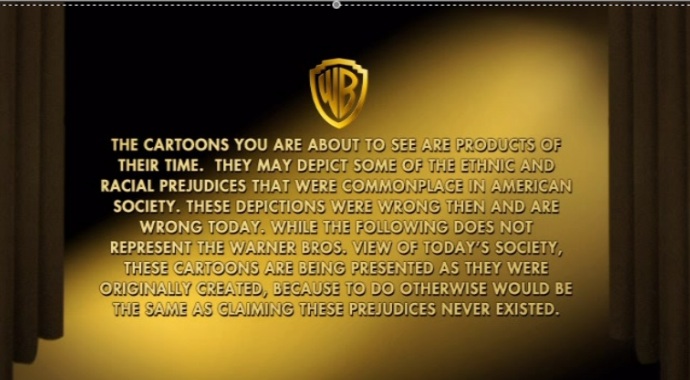 Usage is always based on context, and there are a lot of simmering racial tensions in the modern American classroom. I think most of the other answers are ignoring the fact that this is a practical question, not an abstract one. There are two separate issues here: Is that word generally OK in a historical context, and is anyone likely to be offended in your class.

Unfortunately, the answer to both questions is yes. I'm assuming this is for a high school class. If so, most of your classmates probably won't have any historical context for the word, and will be likely respond to it negatively. To a certain extent, you can predict their reactions based on your own. The very fact you're asking the question means that the word makes you uncomfortable, and that you're not sure if it's offensive or not.

I think your best bet is to introduce the term very carefully, describing it as the name chosen by the leaders of the movement themselves. You'll also want give some context on how the word originally had much more positive connotations --usage of the term "Negro" was considered a big step forward at the time. After introducing the original name, however, you've done your historical duty. After that, use "Harlem Renaissance" instead, for everyone's comfort, including your own.

Due to the fact that it is a historical text, I suppose you can use the word, as long as:

To expand on some of the other answers, this is greatly dependent on your country. Outside the US it's considered perfectly OK to use the word negro in a historical context, and there is much more tolerance for using it in any context where it is not actually intended to be insulting.

In the US you should beware of the word, even if you are strictly reporting on a historical name. I would use "Harlem Renaissance" over "New Negro Movement" wherever I could.

To illustrate this I draw your attention to Lawrence Hill's historical novel "The Book of Negroes" (named after an actual historical document of that name, which is central to the plot) which drew no attention at all for its title in Canada r the UK, but which was retitled "Somebody Knows My Name" for the US market.

I want to say that the movement's original name was the "New Negro Movement,"

but I'm not sure if that's okay.

It's okay. You did not assign the name and had nothing to do with the changes in language that occurred before you were born. You are reporting the name, and a truthful report will tell the name as it was.

The people more likely to claim to be offended are whites fighting the social status wars against other whites ("OMG, I can't believe you said that"). Black Americans are generally aware that Negro was a term that was in favor among many black Americans in the first two-thirds of the 20th century. Many whites are also aware of that.

Maybe there is some doubt as to whether your whole audience understands that history, or can distinguish between names that you quote and terms that you personally might use to describe black people. In that case there is a balancing act between spelling out those facts and distinctions to the extent needed to make everything clear, and insulting the intelligence of the listeners.

It's also possible to not attempt to explain anything, but to have a prepared response for anyone who challenges the use of the historically correct name, stating that it's not your choice of word (or whatever you might want to clarify at that point).

In a historical or literary context, in my experience you can always use "negro," "nigger," etc. Try to avoid it if possible of course, but if it comes down to using the word or awkwardly skirting around it, always choose the former.

For example, in a literary paper, don't do this:

"Miss Watson's big [N-WORD], named Jim, was setting in the kitchen door; we could see him pretty clear, because there was a light behind him." (Twain 58)

And in the case of your presentation, you are of course allowed to say "New Negro Movement." Just note that it is a term that some people may find offensive, so be mature about it.

Note the first part, "in a historical or literary context." This does NOT give the excuse to throw the N-word around.

Not the answer you're looking for? Browse other questions tagged politeness offensive-language political-correctness or ask your own question.

4
Is the word “savage” offensive?
9
What is the historical process by which words formerly considered vulgar become simply rude words?
2
Should one ever use the word “please” in an order or demand?
18
When and why did the N-word and “negro” go apart?
3
Is the word “queer” an accepted and polite word for lesbian?
3
Is use of the word “dwarfism” considered offensive?
1
Did a movie give the final blow to the usage of the term “negro”?
0
The use of “horizontally gifted”