And I have to say that none of them really fit. The first two can describe software, but you don't update your old memes, they just get old and you rarely re-see them in a fit of nostalgia, deep inside your archives. #3 and #4 can be used in phrase describing how old is this post (e.g. ancient as mammoth's $#!@). But hey, that's a phrase, not a single word! #5 is about the style, not the freshness. #6 is completely about fashion (e.g. MySpace is so passe).
A friend of mine suggested retoast, but I'm unsure because I haven't really seen the usage.
Your suggestions?

Oh no, grandpa saw a pack of my business cards, and added me to his hilarious e-mailing list, consisting of ????? from 2007.

Also, if any of you guys surf russian internets, you may be familiar with баян. I need precisely that translated. It is a common (first) comment to many posts in social networks, as re-posting happens quite often

Update 2: The small thing that I forgot to mention is that it's a noun in russian, I will sure accept the fact that there are no such, but it would be much more familiar to talk of information units, calling them ????? than saying that they are bromidic, for example. I find bromidic kinda 30% suitable, but I guess I can't derive a bromid noun? So the speech contruction becomes longer, which is undesirable

Old is (generally) an adjective in English. So all its synonyms are likely to be adjectives as well.

Going off your original post, I would absolutely use "tired", "ancient", or "antiquated", depending on what you're trying to convey. Tired suggests it's long-since gone out of fashion but is still in use, while ancient suggests it's no longer in common usage, but was at one point. Antiquated further conveys that in addition to no longer being used, it's out of fashion.

Ancient: Of, relating to, or belonging to times long past

Antiquated: Too old to be fashionable, suitable, or useful; outmoded.

Paired with "memes" (as you do in the question, with "old memes") this conveys exactly what I think you're getting at:

Oh no, grandpa saw a pack of my business cards, and added me to his hilarious e-mailing list, consisting of tired memes from 2007.

But if the one-word requirement is stronger than a requirement for common usage, "antiquities" might be sufficient. It doesn't convey the same condescending tone as tired or antiquated, but it does convey that something is dated:

Oh no, grandpa saw a pack of my business cards, and added me to his hilarious e-mailing list, consisting of antiquities from 2007.

Alternatively "crap" would convey that it's useless, but the reader has to infer that it's also dated by the "from 2007".

You'll notice that now the sentence doesn't clearly convey what is being emailed. I think that's going to be somewhat tricky to avoid with a single word because the condescension stems from pairing a derogatory or dismissive adjective with a normally neutral or positive noun like meme.

Grandpa sent me tired memes from 2007.

I don't believe "repost" is what you're looking for (though it is a reasonable single-word, if that's really your priority) because it doesn't necessarily convey age or staleness. In fact repost is often used for very new content that has simply been posted previously, and therefore this post isn't original. Often when one person sees a repost others are seeing for the first time. In that sense repost actually gives grandpa some credit, because perhaps the others on the chain haven't seen what he's sending.

In the context you have given, it seems like you are looking for repost (Urban Dictionary). This is the label that is often stuck on message boards and such to indicate that something has been re-posted. It can be used as a countable noun, so you could say "consisting of reposts from 2007".

It's not a single word unfortunately, but you could consider using same old thing that means:

something that is extremely familiar

You can use s*** in place of thing to intensify the meaning as in:

It is the same old s*** that I have seen so many times in other sites.

I think hackneyed convey the idea:

The best seems to be

I think the answers here have covered a lot of the territory.

Oh no – Grandpa saw a pack of my business cards, and added me to his "hilarious" e-mail list. His messages are full of internet meme chestnuts from 2007.

In this sentence, the negative connotations are clear. The words "internet meme" provide clarity of context (if that is indeed the context you want), but may not be necessary, depending perhaps on your audience or further context provided elsewhere in your text.

Here are some links that you can follow to confirm the definition and suitability (note the definition that Google provides atop the search results):

Here's the Wiktionary etymology information, which, along with those links, suggest that "chestnut" is very close to exactly what you're looking for:

Originally as chestnut, with "old" for emphasis. Popularized US 1880s, particularly Northeast and Midwest, with various theories propounded.

A commonly cited theory, viewed by the Oxford English Dictionary as "plausible" and cited by Brewer’s, is that it was coined by Boston comedic William Warren Jr., quoting from 1816 English melodrama The Broken Sword by William Dimond. One of the characters in the play is a boor, and when once recounting a tale mentions a cork tree, which is corrected by the character Pablo as "A chestnut. I have heard you tell the tale these 27 times." This line was then apparently quoted at a dinner party by Warren in response to a boor there, and proved popular. Note that William Warren Sr. had previously played Pablo on stage, but died in 1832, so the phrase was presumably popularized by the son, William Warren Jr.

Indeed, you've asked for the English equivalent of "баян". According to its Wiktionary entry, "баян" – literally, "accordion" – gets its figurative meaning of "old joke" from an oft-repeated and well-worn joke about an accordion (or rather, two accordions). With this ideational correspondence in their origins, "chestnut" even seems to have a similar flavor in English to "баян" in Russian, even if not the same currency on the internet.

(I would even go so far as to suggest that someone should edit the Wiktionary entry for "баян" to include "chestnut", but only as I gather from my research as set out above and from reading the comments on this page. To be clear, I don't speak any Russian and I have no idea what human burial has to do with accordions, or breaking them. Edit: I developed a hunch that accordion wreckage was the measure of a really good Russian party. That is confirmed here.) 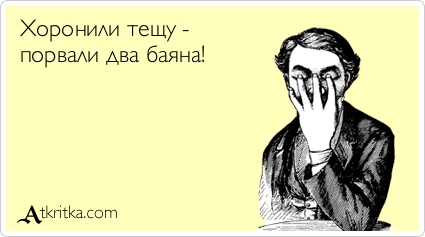 I can think of two idiomatic expression you could use

As already suggested by Rathony. No single-word comes to mind unfortunately.

The use of the word plagiarized refers to content that already exists and was created by someone else, and to the fact that the content was not cited properly.

I'm surprised that no one has suggested it, but cliche (or clichéd "showing a lack of originality; based on frequently repeated phrases or opinions")seem appropriate.

There is the copypasta meme.

Copypasta is internet slang for any block of text that gets copied and pasted over and over again, typically disseminated by individuals through online discussion forums and social networking sites. 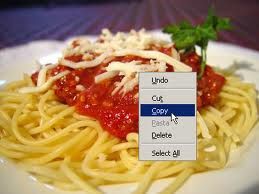 Could you include the inteded use of the word? I can think of

7
Adjective equivalent of “As old as the hills”
0
Word to describe something that in itself may be admirable, but which happens too often, too predictably, to be 'good'?