Meaning of the expression "old school"

What does the expression old school mean in the following paragraph?

From the sentence above, I understand as follows:

Yes, basically you hit the mark.

Based on Webster's Dictionary: (Noun) Adherents of traditional policies and practices

According to Vocabulary.com: The old school is any group of people who are traditionalists: they do things the way they've been done in the past.

Old school means something close to old-fashioned, but itâ€™s a term with more pride behind it. If someone says, â€śIâ€™m old school,â€ť theyâ€™re saying they do it like it used to be done, which they believe was a better way. In mob movies, the old school usually thinks theyâ€™re better than the younger criminals. An old school teacher might prefer not to use computers in class. This word can be used as a noun or as an adjective, and the opposite is new school.(it's rarely used).

J.J. Abrams on-going old school and how 'Star Wars' differs from 'Star Trek' It tracked back to J.J. Abrams' experience in 1977 where his fan's cred to "Star Wars" franchise is unquestionable. And now, he is given a big responsibility to "take" this newest "Star Wars" movies to a new height.

"Now he finds himself holding the keys to arguably the biggest pop culture franchise on the planet. With "The Force Awakens" hitting theaters Dec. 18, millions of "Star Wars" fans are hoping the Force is with him but the stakes are unimaginably high. It's "do or do not" time. There is no try."

So, we can conclude that Abrams need to combine his 'old school' ways to cater the 'new school' generation that might only know Star Wars Movies just recently.

2.New school teacher teaches using high-technology gadget and software to help s/he explains the lesson to the class. S/he often creates class discussion, and games to engage with the students. S/he uses bi-directional communication.

[This is from my experience] When old school word is conjured up, I usually thought of traditional & conventional people/custom/habits. 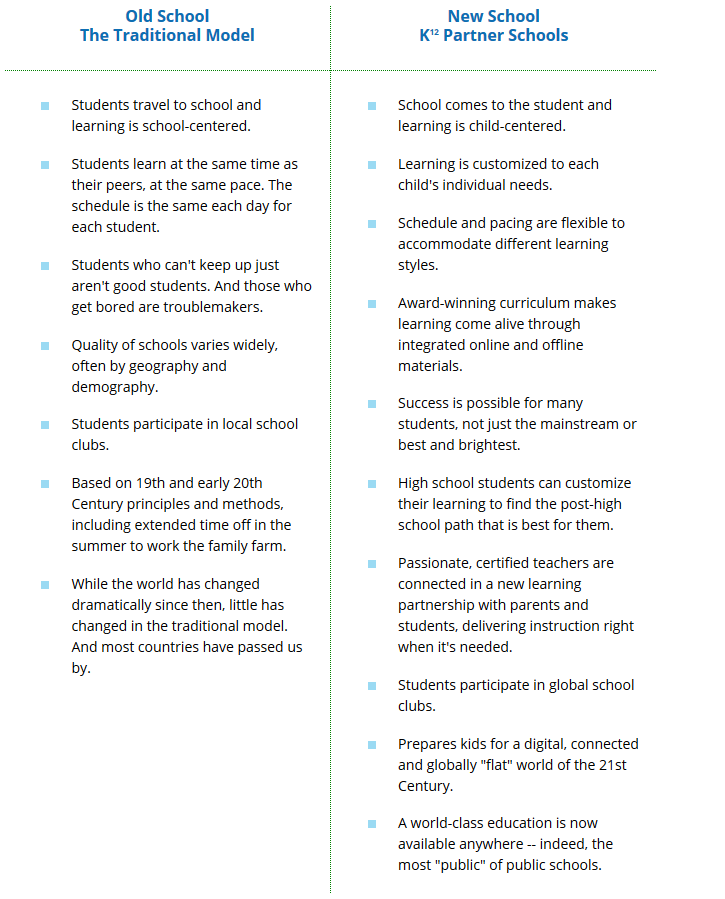 "Old school" is usually used as an adjective: "That's so old school." (I've never heard it used like "In the old school...") And it describes a thing that is old fashioned. Not necessarily from, as you say, the old time. Some things or expressions from old times might not be considered old school.

Not the answer you're looking for? Browse other questions tagged meaning word-usage or ask your own question.

4
Proper meaning of the slang "Baby"
6
Meaning of "easy" in "easy on the eye/ear"
1
why in a non-question sentence
3
What is the meaning of â€śwell-a-wellâ€ť?
0
Meaning of this phrase which has old text structure
1
Meaning of an old slang phrase "on the pan"
0
Meaning of not-so-dumb