Why does “eastwardly” have two opposite meanings?

"Eastwardly" can mean either from the east or to the east. How does one use it without ambiguity?

The confusion may arise because of how direction is referenced with respect to the wind.

When referring to the wind, its direction always indicates where the wind is coming from, not where it is going. This is a meteorological convention. There are many references to this on the web, here's one from the Chicago Tribune.

So, an eastwardly wind will blow objects in a westwardly direction.

If you're referring to anything other than the wind, then speak of the direction in terms of where it's going.

Although it's no longer as common to hear the wind spoken about in terms of northwardly or westwardly, it certainly was in the past. Indeed, George Washington himself wrote accountings of the weather using such language:

The Wind blew pretty fresh from the Southward.

Clear & pleasant Morning with the Wind at South

George Washington spent a great deal of time observing the weather. Being a farmer, it was particularly important to him. An actual weathervane used by Washington still exists atop his famous Mount Vernon residence: 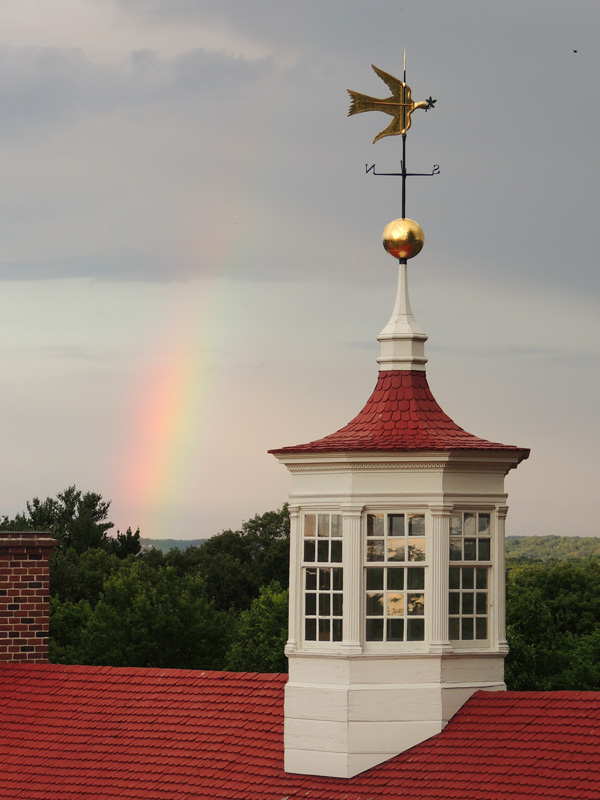 George Washington's full accounting of the weather during March of 1770 is quite interesting and pleasant to read, as he uses many different ways to express wind direction.

Sometimes Washington includes "from" in his phrasing, but other times it is implicit — Washington is not someone who would note scientific information in an ambiguous manner — it was something he took quite seriously. It's quite clear, he's always speaking of the wind with respect to the direction it is coming from.

Weathervanes have been used for centuries, all over the world to measure the direction of the wind. It makes no difference if they are on different hemispheres; cardinal directions have the same meaning everywhere. This famous weathervane in London, known as Old Father Time, differs from Washington's in ornamentation, but it functions exactly the same — always pointing towards the direction from which the wind is blowing. 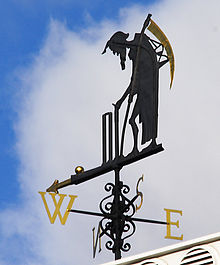 Not the answer you're looking for? Browse other questions tagged meaning word-usage adverbs ambiguity auto-antonyms or ask your own question.