What verb describes the action of bringing an error into being?

If client code verbs an unchecked run-time error, the implementation provides no guarantees; anything can happen.

Make an error seems to be far more broadly used than cause an error and commit an error as the below Ngram Viewer shows: 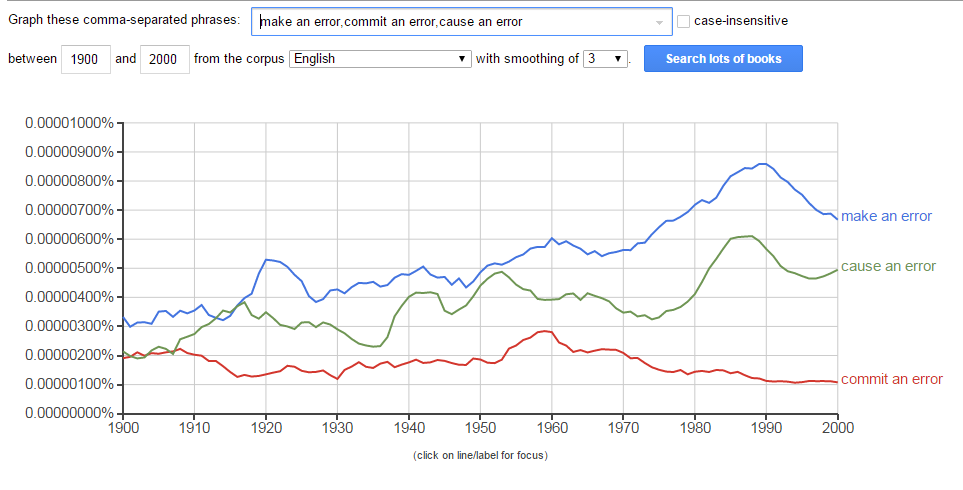 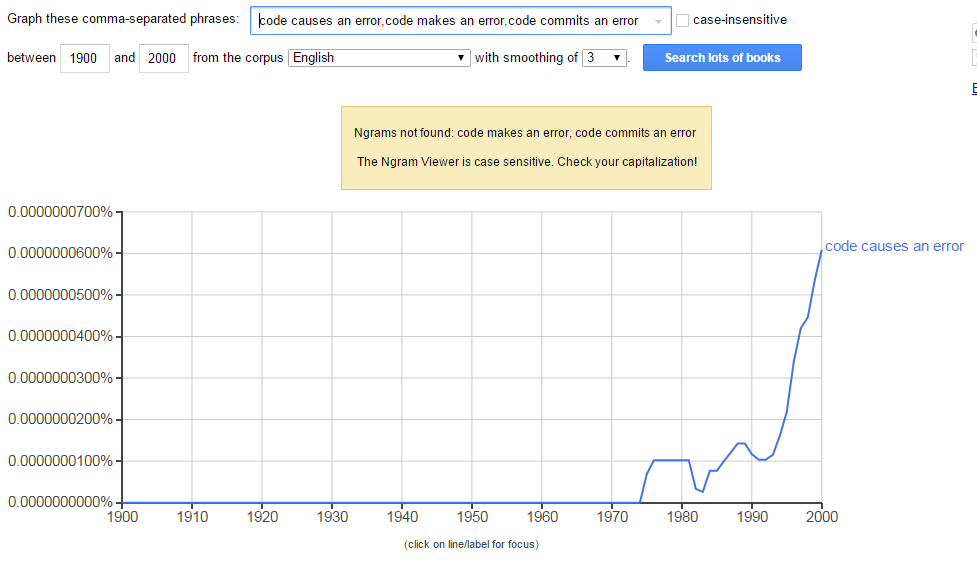 Personally I think I might use any of make, commit, or cause depending on what I was talking about.

I think my likely choice would be in that order, i.e. make, commit, cause.

If the error was due to something I'd done that was of an everyday nature, such as written an address wrongly, I think I would say Oh dear, it looks as if I've made an error.

If it was something very big and important it might be commit. E.g. A large minority of people in Britain believe the House of Commons is committing a major error in agreeing to authorise the Government's extension of its bombing campaign to Syria, as well as Iraq

If it was a discussion about how an error had occurred, of if it involved a system or procedure of some kind I think I would say The error appears to have been caused by a programming fault or There will now be a big argument as to who was responsible for causing the error.

Java, .NET, and probably other modern languages use the terms (which are also keywords) throw and catch to describe error handling. If your code generates an unintentional error, then it is said to 'throw' an error, also known as 'exception', and there may or may not be exception handling logic that 'catches' the exception. When you 'catch' the exception, your code may take some type of action such as logging it, and then possibly 're-throw' the exception back to the calling code so it knows something's wrong.

Here's probably more info than you ever needed to know https://msdn.microsoft.com/en-us/library/fk6t46tz.aspx on this