How old is the expression "to travel by [means of transportation]"?

A friend of Mari-Lou's has told her that in the old days, people traveled "on foot" or "on horseback," and the preposition "by" only entered the fray with the advent of trains and cars ("How are you getting there?" - "By car"). As she pondered on it, as is her commendable habit, she came to the conclusion that, perhaps, no one ever used the expression "by ship" until then.

This, of course, is wrong on so many levels. Long-distance horseback travel was not for everybody. No woman traveled on horseback unless she was insane; and no man chose to ride for more than an hour if he could avoid it. Couriers did when the matter was urgent; a nobleman's or king's escort did spend a lot of time in the saddle, traveling slowly, in the wake of their employee's carriage, on the chance highway robbers might attack, or petitioners annoy, the traveler. Cowboys did, too, when they had to move cattle over long distances - again, very slowly (at said cattle's pace).

People who have watched way too many musketeer and/or cowboy movies should ask themselves this simple question: what do you think will happen to your buttocks and your groin if you spend eight to ten hours in the saddle (with no bathing facilities awaiting you at the end of the ride) and then have to do it all over the following day? And the day after that? I mean, even in Dumas' very romantic first novel of the series, it did take d'Artagnan five days to reach the Channel (from Paris), and he was in a hurry (and an excellent rider).

In the 15th Century, Louis XI of France established the first European post office, called la Poste Royale; the main post office building in New York (a.k.a. the Farley Building, built in the style of Academic Classicism) has a sign on the facade giving old Louis credit: 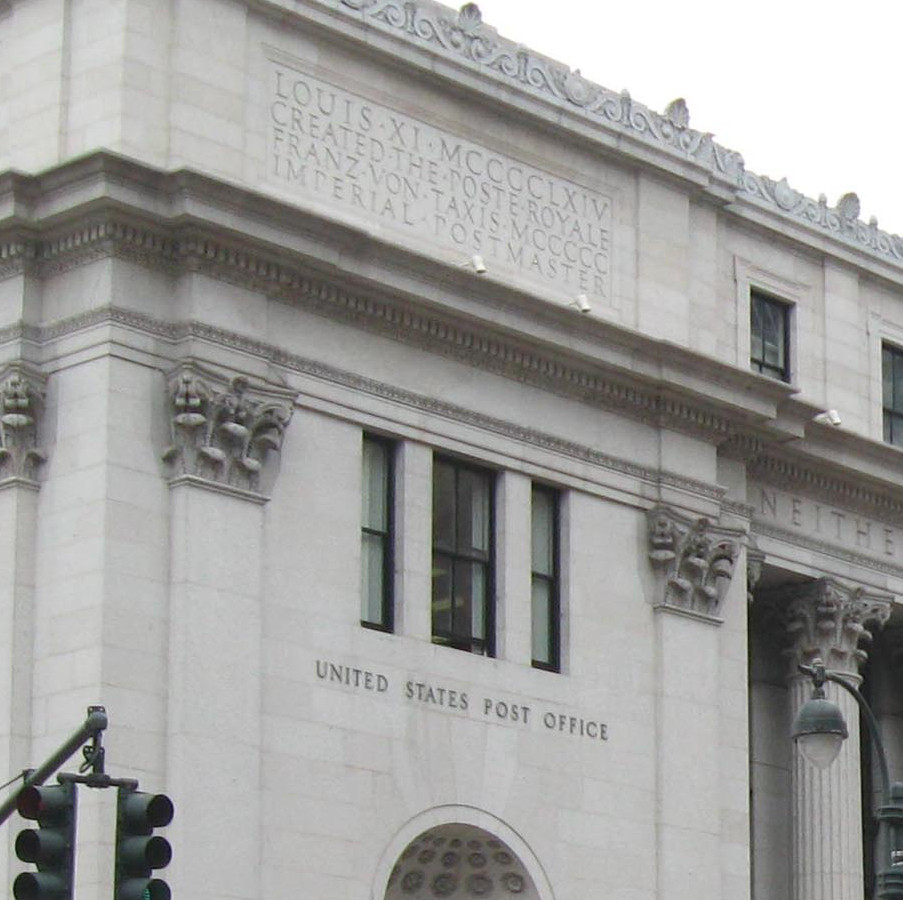 The expression "to travel by post" meant one could, for a fee, use the system to get from point A to point B, with fresh horses awaiting the harried traveler at every relay station, fed and ready to be harnessed. "Voyage par la poste" it was called, unless I'm much mistaken.

Most European countries, from Russia to Spain, established their own versions of this system in between. People traveled by post.

To be sure, the phrase "to travel by sea" (as well as its overland counterpart, "by land") was very much in use. Here's a passage from Byron's Don Juan:

The approach of home to husbands and to sires,
After long travelling by land or water,
Most naturally some small doubt inspires—
A female family 's a serious matter

And here's another one:

She had resolved that he should travel through
All European climes, by land or sea,
To mend his former morals, and get new,
Especially in France and Italy.

Well and good, but did people also say "by ship"? That, I'm afraid, is the question.

There are also several references to letters and wheat being brought hither and thither 'by ship'.