It's neither a shoulder belt, a baldric, nor a sash. What is it, then? 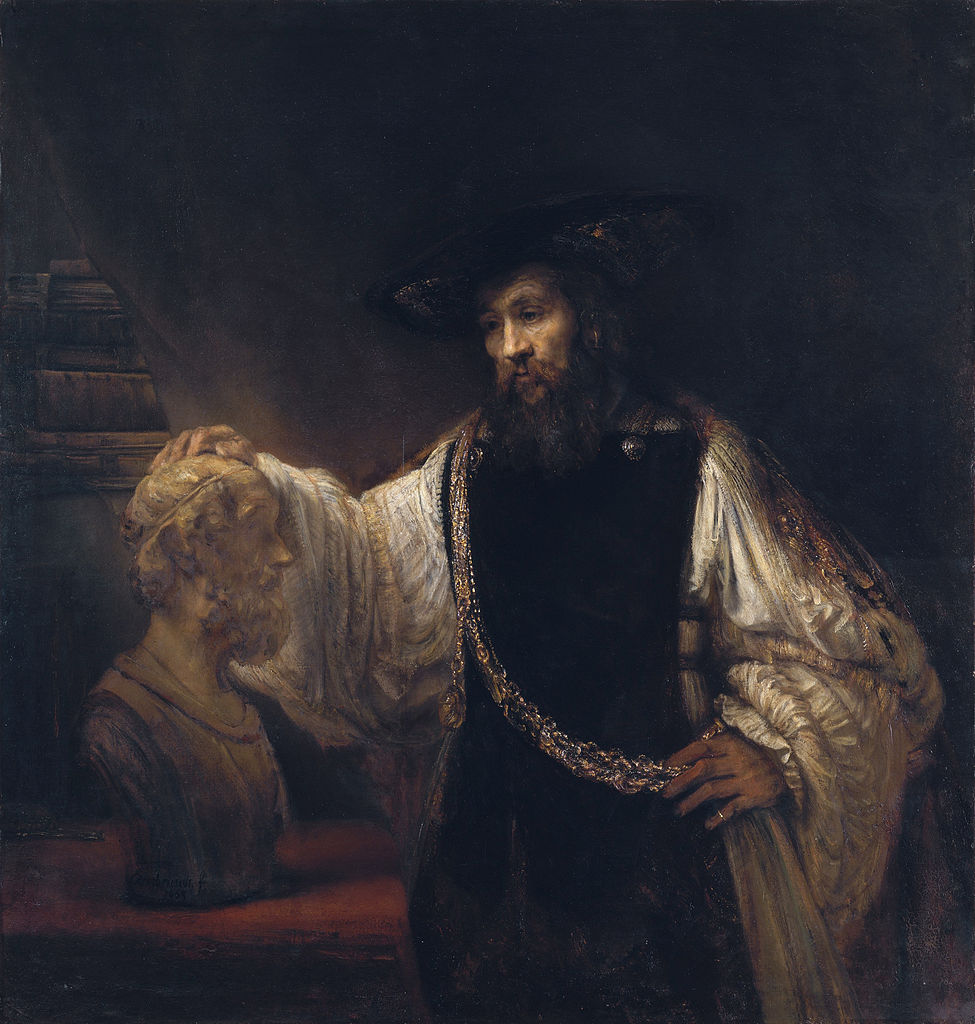 Aristotle never dreamed of wearing anything like it, but Rembrandt had to put it there to balance out the composition. What is that glittering thing, with some kind of medallion/pendant hanging from it halfway from Aristotle's left hand to Homer's head?

It's a jeweled belt.

belt: a flexible band, as of leather or cloth, worn around the waist or over a shoulder to support clothing, secure tools or weapons, or serve as decoration. AHD

Aristotle, world-weary, looks at the bust of blind, humble Homer, on which he rests one of his hands. This has variously been interpreted as the man of sound, methodical science deferring to Art, or as the wealthy and famous philosopher, wearing the jeweled belt given to him by Alexander the Great, envying the life of the poor blind bard. It has also been suggested that this is Rembrandt's commentary on the power of portraiture. Wikipedia

7
What is the name for the flat attire worn over the shoulders at academic graduations?

12
What do you call a window that is neither opaque nor transparent?
2
Does English have a name for padded/insulated trousers worn over your regular trousers when outside in extreme cold?
2
adjective describing middle distance (neither near nor far)
3
Pagination styles in novels
2
What is it called when for comic effect, behavior and words typical of one situation are used in a different situation?
0
Neither light exposes him Nor darkness hides him
4
What is the word for a person who is over reverential to authority figures in general or scientists in particular?