In words like think and lank, we actually seem to be saying "thing-k" and "lang-k." Can anyone thing-k of any words or rules for sound use where this doesn't happen?

There aren’t really any words with this property. It is a rule of English phonology that nasals assimilate in place before stops, so all nasals before /k/ and /g/ are velar nasals—that is, it is always the case that words which are written “-nc-” or “-nk-” will be pronounced with the “ng” sound, the velar nasal.

It is possible, in careful speech, to produce an alveolar nasal (the “n” sound) before /k/ or /g/, but in normal speech all nasals are assimilated. Because /k/ and /g/ are velar stops, any nasal sounds that precede it will always be produced as a velar nasal, regardless of underlying form (or spelling). Dictionaries vary in whether or not they mark the pronunciation with the symbol for the velar nasal (ŋ) or not because the assimilation is predictable. Merriam-Webster, for example, seems to mark nasal place assimilation when the following consonant is not the onset of a stressed syllable or across a morpheme boundary.

Regardless of the symbols used in dictionaries, everyone pronounces these nasals assimilated, as velars. You may not think you’re pronouncing a velar nasal in those words, but in almost all cases you actually are. Even if you are speaking really carefully and attempting an [n] it is almost certainly an [ŋ]. This has been established by studies with acoustic analysis and is an uncontroversial feature of English phonology. Some languages have a much higher load on this distinction so they have much more precise timing in articulation, but English doesn’t have the kind of precision in timing synchronization for nasalization/place articulation for the nasal sound NOT to be a /ŋ/. In order to make a true [nk] or [ng] you would have to have completely raised the velum and halted voicing to stop producing a nasal before even beginning to move the tongue tip away from the alveolar ridge to articulate the velar stop following. In normal speech the tongue tip leaving the alveolar ridge is much faster than the velum raising and voicing is continuous until just before the onset of the stop, so you’re going to end up with a velar nasal.

This assimilation happens even across morpheme and word boundaries. When there is an underlying /ŋ/ (as in thing) this often affects preceding vowel quality, so when there is an underlying /n/ (as in thin) you may think you’re producing an [n] because you are using a different vowel than if there were an underlying /ŋ/ but you are actually producing an [ŋ] if the following sound is a velar stop like /k/ or /g/. For example, in thin king vs. thinking, what you hear as the distinction is not actually the position of the tongue during production of the nasal, but other acoustic cues. The main distinctions are actually in vowel quality, stress, and timing, not in tongue placement. Unless there is a very unnatural complete pause in production, the ‘n’ in thin king is produced as [ŋ].

Whether these remain distinct varies by speaker. For example:

/nɡ/ /nk/ within a morpheme

However, almost all the examples of such words occur across morpheme boundaries, where the first morpheme ends in /n/ (e.g. income). So then a possible refinement of the question would be, does /nɡ/ or /nk/ ever occur within a morpheme?

Well, some speakers in the American Midwest (and perhaps elsewhere), however, pronounce penguin as /pɛn.ɡwɪn/ [n.ɡ]. Wiktionary lists this as a second pronunciation. This sounds jarring and seems like an affectation to me, but it exists, and it's distinct from the same speakers' pronunciation of e.g. Engels.

Vancouver, British Columbia: Residents of British Columbia, or often other parts of Canada, will generally pronounce the first syllable as /væŋ-/ or vang-, displaying the consonant assimilation typical in English when /k/ follows /n/ (such as in "ankle" or "ranking"). English-speaking Americans and some Canadians from other regions tend to pronounce it /væn-/ (van-), resisting assimilation to the following /k/ sound.

/nɡ/ or /nk/ within a syllable coda

I deleted another answer I put here as it seems to me I misunderstood the question.

Viewing the question a different way (the correct way?) there are the non- type words:

The question asks "What about in other languages?" as well. I wonder if these fail the test put forward by @nohat.

Thai and Lao make extensive use of the 'ng', 'n' and 'k' sounds. They're more or less the same but I'll deal with Thai here.

Therefore there are words such as:

Obviously, what I'm doing here is building up words the way the Thai language does, on a base of คน, i.e. 'person'.

There are many other examples where a 'k' sound doesn't follow a 'ng' sound including: ขอนแก่น which is the name of a city. It sounds like kon-kaen... or [kʰɔ̌ːn kɛ̀n] or [kʰɔ̌n kɛ̀n] (whatever that means).

And now from Thai to a world language: The language of chemistry.

What about N-substituted molecules? I'll only give one example but there are an indefinite number of them. 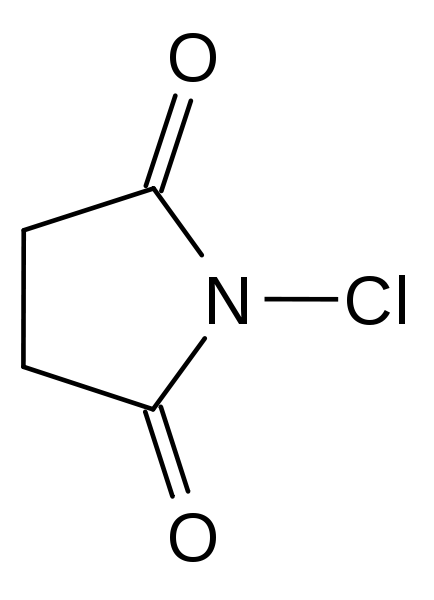 Examples with g and k (not mentioned in other answers): ungrateful, ingratitude, ongoing, ... ; non-kosher, unkind, ... .

Not the answer you're looking for? Browse other questions tagged pronunciation-vs-spelling phonology phonetics consonants phonotactics or ask your own question.

50
What's the opposite of "concatenate" in programming?
12
-ing vs -in' ending
10
How is the pronunciation of r before th? Specific case: "north"

11
What rules of English allow the first t in “patient” to make an sh sound?
7
Words starting with a 'gw' sound: how many exist? Where do they come from?
1
Is there any word in English where the sound /o/ stands alone without being part of a diphthong?
0
Are the 'esk' sound in grotesque and burlesque pronounced the same?
2
Rule of English phonology that prevents /j/ and /w/ from occurring in the ends of syllables