Is there a word/idiom for feigning a belief for the purpose of constructing an argument?

Currently I'm using the phrase "Operating on the premise that". Here's an example:

Operating on the premise that the God depicted in the Old Testament is real, I would provide a sacrificial lamb.

I want to be able to talk about this practice in the abstract.

When I am [new abstraction]ing, I'm able to empathize better and learn from my new frame of mind.

I could establish an acronym (OOPT) and refer to the practice as OOPTing but I feel like logicians or writers must have already solved this, as it's a fundamental behaviour in a lot of practices.

You can also simply start your sentence with "Assuming...". 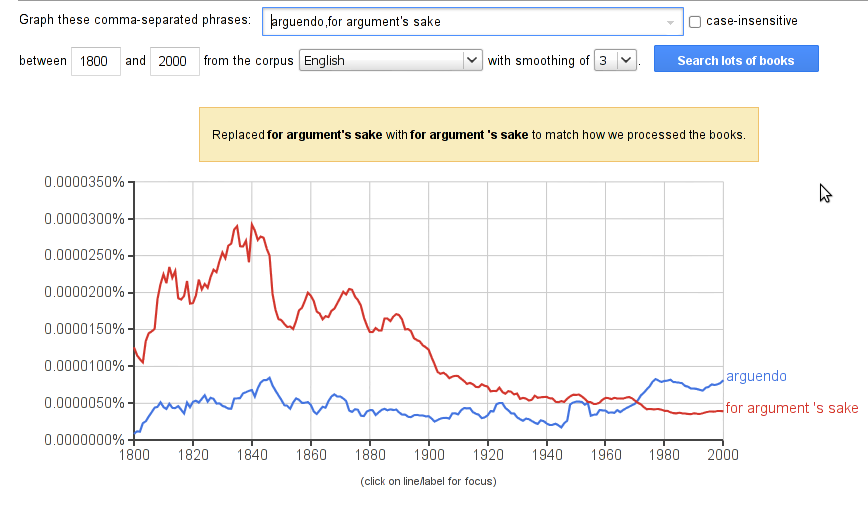 "For argument's sake" is, in my experience, a common idiom and, in fact, has been used as the title of at least one book.

A slight variation is "For the sake of argument" which was addressed in xkcd #1432 (see an explanation here). The title text on the image states in part:

...it's a DEVICE for EXPLORING a PLAUSIBLE REALITY that's not the one we're in, to gain a broader understanding about it.

Additionaly, the Oxford Dictionary offers the following definition for the later (but does not list the former):

As a basis for discussion or reasoning.

According to Google Ngrams, the latter seems to be more common. 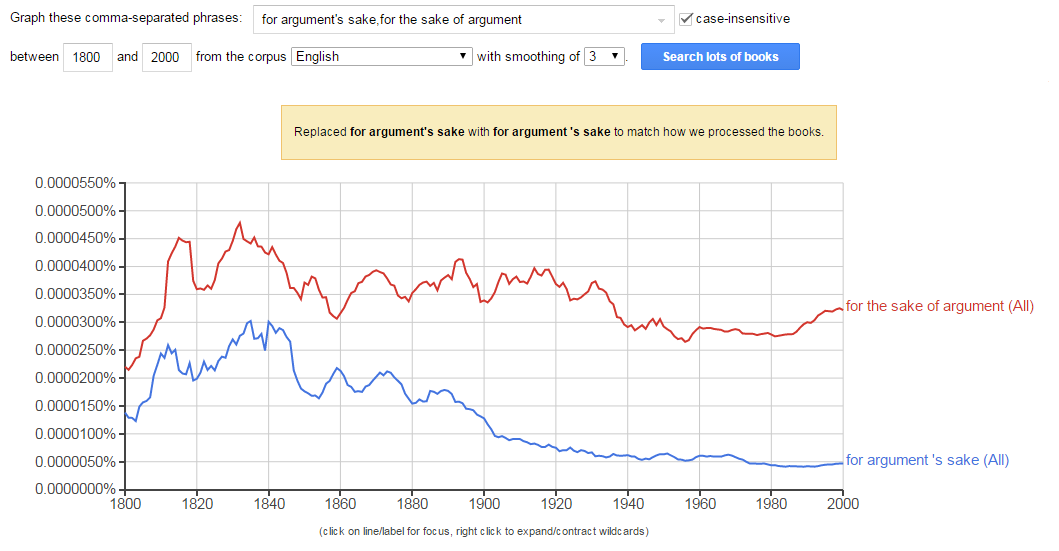 I commonly hear it put as playing the devil's advocate.

In common parlance, a devil's advocate is someone who, given a certain argument, takes a position they do not necessarily agree with (or simply an alternative position from the accepted norm), for the sake of debate or to explore the thought further.

Google Ngrams seem to also be popular, so here's one.

: (used with object) to assume, either explicitly or implicitly, (a proposition) as a premise for a conclusion.

: (used without object) to state or assume a premise. Random House

Supposing that the God depicted in the Old Testament is real, I would provide a sacrificial lamb.

I think this fits quite well in sentences where the assumption of a premise is being made. However, I don't think it works very well for talking about assuming a premise:

When I am supposing, I'm able to empathize better and learn from my new frame of mind.

Perhaps that can be worked around through a rephrasing:

Suppositions allow me to empathize better and learn from my new frame of mind.

If you're doing it for the purposes of setting it up to completely knock down later, it's called a "Straw Man" argument.

A "Devil's Advocate" is probably the most correct, but in common usage sometimes people go with the completely informal "Let's just say...."

Certain interpretations of "Rhetoric" seem to fit your requirements. Certainly politicians will feign belief for the purpose of constructing an argument favorable to them.

3
a matching phrase or idiom, to the arabic equivalent 'compelled me to the argument'
2
What is an appropriate expression/idiom for "adding argument/point to a discussion"
1
Is there a slightly ironic idiom for "one's purpose in life"?
9
Is there a word for an unjustified true belief?
4
Is there an idiom or a single word for 'presumed truth'?
5
An idiom describing the end of argument?
2
Is there any idiom for repeating yourself?
6
Idiom for something that a person does that further bolsters your belief about something