Where did the term "strawberry blonde" come from?

The term strawberry blonde refers to a person having reddish-blonde hair, or the color of the hair, usually used specifically for females (thus blonde and not blond).

When checking a couple dictionary websites, I found that they estimated when the term started being used:

But OED online has this as the earliest example (specifically for the adjective form):

1884 B. Nye Baled Hay 98 That is what is..sprinkling my strawberry blonde hair with gray.

The matches up with one of the MW date's, but not the other, earlier dates.

Where and when did the term "strawberry blond" originate, and when was it's first known use in print?

Use of the term as a noun or adjective is fine. If the origin is truly American, I would prefer a narrower, regional origin if at all possible.

I suspect the application of 'strawberry blond' to hair (male and female) came via 'strawberry' as a designation for a horse with with a 'strawberry' coloured coat (of hair). Technically this is a 'chestnut roan', where 'roan' describes a mix of white and coloured hairs in the coat of a horse, or cow or dog. There is a long usage in this sense. In fact the OED's earliest examples of the use of 'strawberry' as a colour both relate to horses:

strawberry (ˈstrɔːbərɪ) Forms: see straw n. and berry n.1: also 4–6 straubery, 5–6 strebere, 6 strai-, strawbere, 7 -berre, strewbery, stra-, strawbury. [OE. stréaw-, stréow, stréa-, stréuberiᵹe, f. stréaw straw n.1 + beriᵹe berry n. No corresponding word is found in any other Teut. lang. The reason for the name has been variously conjectured. One explanation refers the first element to straw n.1 2, a particle of straw or chaff, a mote, describing the appearance of the achenes scattered over the surface of the strawberry; another view is that it designates the runners (cf. straw n.1 3). The view of Kluge, that OE. stréaw- in streawberiᵹe is cogn. w. L. frāgum strawberry, is not phonologically satisfactory, and is also open to objection on other grounds.]

And further under the entry for 'strawberry' the OED reports:

If we allow the association of 'strawberry roan' with the preferred term (in modern horse classification) of 'chestnut roan' we can follow the latter back to 'chestnut' and we get this from the OED:

Readers will note the occurrences of references to the colour of horses, human complexion and to human hair in the preceding examples.

It might pay here to present the sceptical reader with on image of a 'strawberry roan' horse, so as to persuade you we are still following the trail... 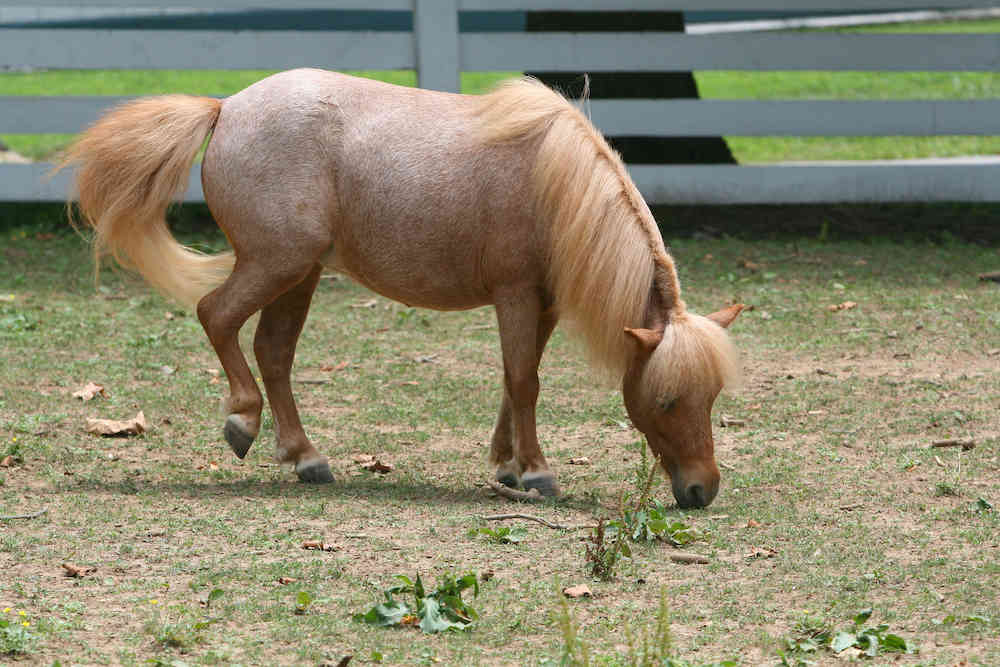 Have I been able to find any references to a woman (or man) with 'strawberry roan hair', alas no. So it has to be a purely speculative exercise to suggest that some US cowboy, or some British aristocrat or lonely cow-herder might have been the first to refer to the secondary object of his affection (his good lady) in terms he reserved for his first (his horse, his cow or his dog). From 'strawberry roan' to 'strawberry blond' would then simply be a matter of the more sensible of this triangular relationship adjusting the language away from the equine,bovine or canine towards something more feminine. I might add that the habit of attributing the qualities of livestock to women has an extremely rich history; one has only to consider the meaning of the word 'filly' in relation to a young woman, or 'mane' as in head of hair.

When might this transference from 'strawberry roan' to 'strawberry blond' have ocurred? Sometime between the mid 1600's and the late 1800's. But searchers in Google Books beware, computer character recognition frequently misreads 'man' as 'roan' due to irregularities in the reproduction of text. I would also caution that while Google Books reports that 'Boy Spy in Dixie' (which includes 'strawberry blonde') is dated 1808, it is actually 1898 (another error in the scanning).

This report from the Iowa Improved Stock Breeders' Association dated 1884 suggests that we might find earlier references to 'strawberry blond' (or more likely 'strawberry blonde') in a description of stock rather than humans:

I believe the reference here is to dairy cattle rather than hogs. But all of the preceding speculation would still hold if 'strawberry blond' was once an exclusively pig-breeding term before it crossed over into our species. Evidently some farmers have evinced as strong feelings towards their hogs as towards 'their women-folk' that might have led to some transference of terminology... 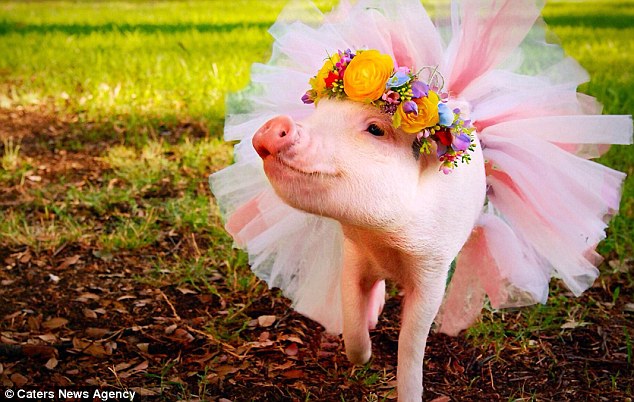 Last and least of all was Follette, the little dog of the strawberry-blonde type of beauty, who received more attention than anybody else.

But what is the use of being jealous of a little dog?

The next-earliest match is from Thomas Denison, "Wanted: A Correspondent" (1877), in Exhibition and Parlor Dramas (1879):

Puss. Why do you ask such an absurd question?

Jack. Why do you not answer my question? I am afraid women not only read them [Personal columns], but write some of them, too. Listen, dear Puss. (Reads.) "Wanted, gentleman correspondent by a jolly old maid. Money no objection. No widowers need apply." Here is another. "A strawberry blonde would like——"

Puss. Do stop. (Snatches the paper.) Never mind what she likes, you mean, teazing thing, you. You are just making up a lot of stories as you go.

And the third-earliest is from Lawrence Lynch, Shadowed by Three (1879):

"I say, Mrs. Robbins," queried this latter individual [Mr. Robbins], when, a little later, they sat at supper, which had been served in their rooms. "Where did you get the sorrel wig?"

"Sorrel!" sniffed the aggrieved one, scornfully. "It's blonde, you great blockhead, strawberry blonde. I'm shocked at your ignorance."

Sorrel, I should note, is, like roan, a color designation generally applied to horse's coats.

The Library of Congress's Chronicling America database of historic American newspapers finds three matches for strawberry blonde from 1874 and more than a dozen from 1875—but none from before 1874. One of the 1874 instances appears to refer to the name of a riverboat. From "River News" in the New Orleans Bulletin (March 27, 1874):

We shall see the Strawberry Blonde to-night, and in consequence feel happy. "He still lives."

Some idea of the coming legislator of the Forty-fourth Congress may possibly be gained by the following description of a candidate who is now running in Indiana: "He resides at Noblesville. He is a strawberry blonde—in other words, his hair is red. He is not a lawyer. His weight is about 190. He is squarely built. He is fine looking. He is a thoroughbred. He is one of the best business men of the State. He is honest. ... If the people want a working man in office, Evans ought to be their choice."

'Auburn,' 'Junius Brownlow,' the 'Strawberry Blonde,' who used to write metaphysical dissertations for the Intelligencer, under the head of Bellaire locals, has resigned his position in Pittsburgh and gone into winter quarters here.

I have no explanation for the explosion in usage of "strawberry blonde" in 1875, but it seems to have happened with very little warning or buildup. John Mack's suggestion (in another answer) that the term comes from descriptions of animal coats is supported by the earliest Google Books instance, which refers to the coat of a little dog. But in at least one of the three 1874 newspaper matches, the term is used to describe a red-headed man. So the transition from "strawberry blond" from animal hair color to human hair color happened quickly if it happened at all.

12
The etymology of "redhead" vs. "ginger haired"
23
What word did Middle English have in place of “light" as in: “light blue”, “light green” etc.?