I'm typesetting an English book that contains the Japanese name Akiyama. Is it allowed to hyphenate romaji transcription of names (I truly hope so!)? If so, how do you do it? I would think it would be between two Japanese letters, i.e., with hyphenation points A-ki-ya-ma. Is this a correct assumption?

(Please, I'm looking for answers that rely on a reliable source, if possible.)

What you are asking for are rules for hyphenation of Japanese words written using Latin alphabet. The most notable way to do the latter is using Hepburn romanization which as wiki states "is mostly used, but not officially approved". Thus said, there can't be an official hyphenation rule if the writing system is not officially codified either.

That said, hyphenation rules in any language using Latin alphabet are based on phonetic qualities of the language. The hyphen is placed where it is easy to stop and take eyes to the beginning of the line while reading aloud. It should not be different in case of Japanese names contained in an English text - the original pronunciation shall be retained.

Originally Japanese language is written as a mix of Japanese syllabaries (hiragana and katakana) and Chinese characters called kanji. All Japanese texts can be written phonetically using a syllabary only.

Japanese texts do have rules for breaking lines (as Japanese do not use hyphens, the word "hyphenation" is a bit misleading). These rules are defined in the section kinsoku shori of the industry standard JIS X 4051 ("industry" here meaning it is not a guideline for literary works).

For reasons beyond my understanding, these standards are publicly available on this website, but protected against copying in a way that no modern browser is able to display them, so the following is based on the corresponding wikipedia article.

According to the Japanese Wikipedia article a line in Japanese text (conforming to the JIS standard) English words cannot be broken.

This rule basically precludes any kind of hyphenation of English words included in Japanese texts, which you probably need to extend to any words written in Latin alphabet.

You said in one of your comments "The rules of the language to which the word belongs should be followed, in general. For instance my mom's surname would be hyphenated differently in Czech and English, but the Czech rule should be always followed, even in an English text."

I agree, the difference comes naturally from the pronunciation of the names/words. That said it is obvious where to break the word when you hear it. Luckily Japanese phonetics are quite simple, but there are a few pitfalls:

1) Japanese syllables (single characters) either are single vowels; or start with a consonant and end with a vowel.

2) There is a special "n" (ん) character/syllable which does not end with a vowel.

The "n" character can be taken to the next line, so a name "Itoemon" can be hyphenated "I-to-e-mo-n". But that would look awful in English.

More serious problem with "n" is when it is precedes a vowel. Japanese language has syllables "n", "a", "i", "u", "e", "o", "na", "ni", "nu", "ne", "no". There is no way of telling if two characters "ni" constitute two syllables or one. Hepburn romanization deals with the problem by either putting hyphen or an apostrophe, like in a name Shin'i. In this case it would be a mistake to hyphenate it "shi-ni" or "shi-n'i".

3) There is a "double consonant character" (ッ) which causes the following consonant to be repeated (to illustrate in a strange mix: "Niッta" becomes "Nitta").

According to the above-mentioned standard, the double consonant character cannot be used at the beginning of a new line in a Japanese text. While there is no direct relation, you might interpret it that you shouldn't start a line with a double consonant (easier to understand when you hear it pronounced), so for the name "Nitta" you should rather go with "Nit-ta".

4) Japanese language uses long vowels. In Hepburn they are marked by a dash above like ō or ūm but depending on romanization type they can be indicated by doubling the vowel, or adding "h" or "u" to the vowel. For example "dō" could be written as "doh", "dou" or "doo".

That is you shouldn't break them apart in English, because in Japanese those long vowels are written with two characters "mo-u-ri" and Japanese typesetters do not refrain from breaking the "mo u" characters. But that would be a bad style in English

5) Not all double vowels in a text constitute a long vowel in speech. For example it would perfectly ok to hyphenate a name 藤井 "Fujii" as "fuji-i"

I would recommend going with Aki-yama which would split the name on kanji; assuming the kanji is 秋山.

A translated Japanese novel from a major Japanese publisher, Kodansha, has the name of a character split like this. 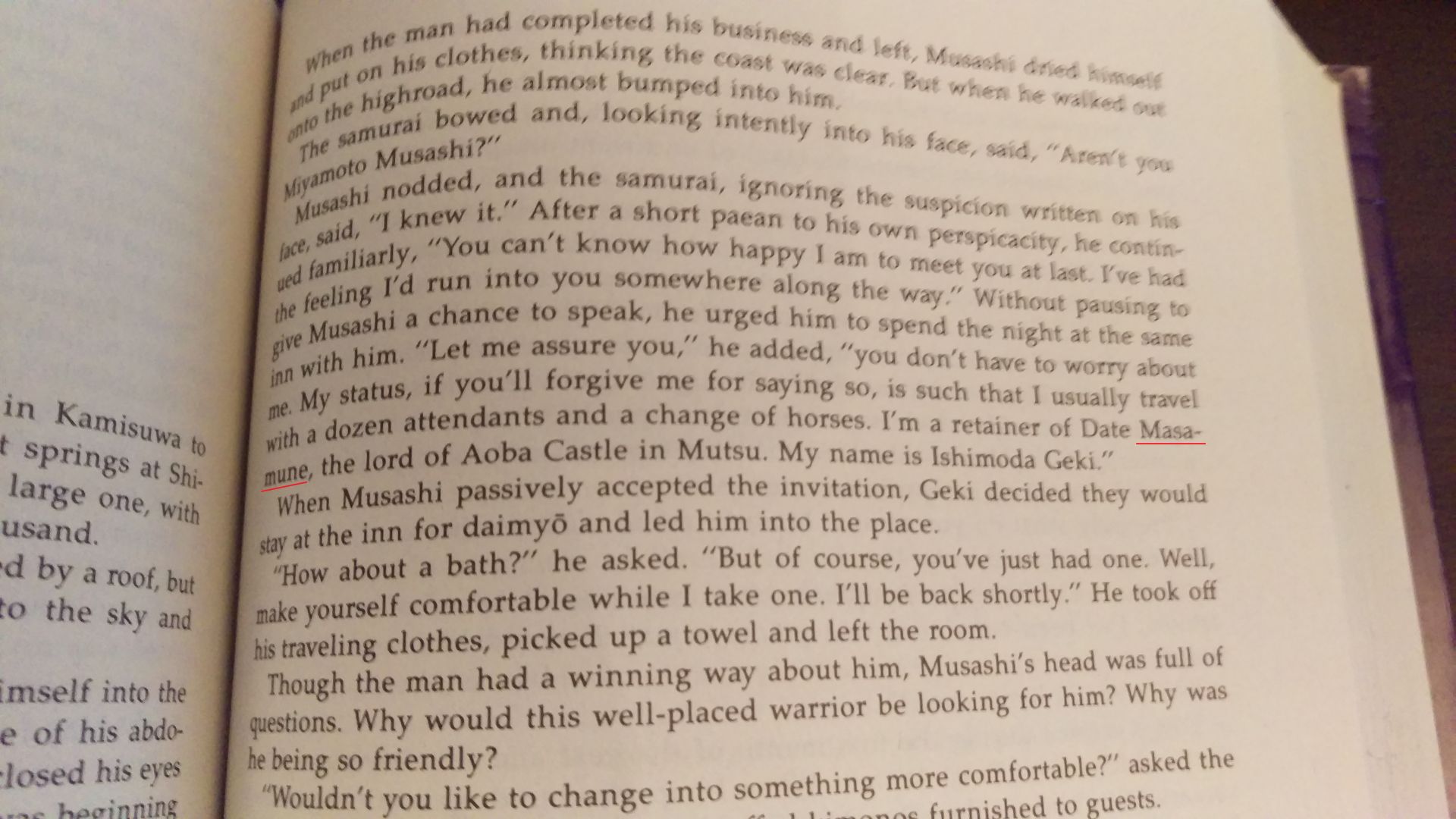 If Kodansha does it like this then you are probably safe to do it this way too.

Not the answer you're looking for? Browse other questions tagged hyphenation japanese or ask your own question.