What is this type of hat with small pom-poms at the sides called?

I have seen these types of hats many times: 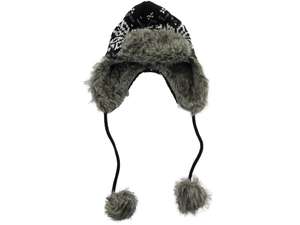 They are small hats with ear covers, usually with two pom-poms at the sides and a big one on top (not shown here).

What is the name for these type of hats?

The traditional Russian terminology is "Ushanka", though it is often referred to in English as a "trooper hat".

An ushanka (Russian: уша́нка; IPA: [ʊˈʂankə], lit. "ear hat"), also called a ushanka-hat (Russian: ша́пка-уша́нка; IPA: [ˈʂapkə ʊˈʂankə]), formovka (формóвка), trooper hat, is a Russian fur cap with ear flaps that can be tied up to the crown of the cap, or fastened at the chin to protect the ears, jaw and lower chin from the cold. The dense fur also offers some protection against blunt impacts to the head.

The word ushanka derives from ushi (у́ши), "ears" in Russian.

Another option is "trapper hats", which seems to describe the same style of hat. 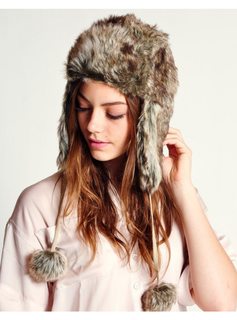 3
Is there a term for the direct opposite?
11
What is the small room most businesses have at their entrance called?
10
What are these vehicles called in the United States?
3
What's the name of this figure of speech playing with the use-mention distinction?
7
Word/expression for a German "Ausflugscafé" - a cafe mainly catering to people taking a walk
0
Name for the specific advertisement stands
0
What's the name for the individual units of small foods?
0
Word request: multi-context-type
0
What is this device called?