A spinster or old maid! What is a similar term for male?

old maid: a single woman regarded as too old for marriage. Source

These 2 above words refer to female, but now I want to find the similar term for male.

However, unmarried woman is "a woman who is not married" Source and it does not have the connotation as of "old maid" or "spinster".

It is because that "unmarried woman" could be the sister in a church who just do not want to marry because her religion. On the contrary, "old maid" or "spinster" means she is not attractive enough to get a husband or noone wants to marry her.

Confirmed bachelor doesn't necessarily have the same connotation of "not being attractive enough," but it does indicate a sense of permanence. It sometimes is a euphemism for homosexuality, but more generally:

As mentioned, homosexuality can be implied, but it is by no means the only way to understand this. For example, a Washington Post headline reads:

But Graham is not openly gay, and the Post is not insinuating that.

Not a single word but this is a common phrase; if you do a Google search the top results are:

There is even the notion of lonely old man sitting in a park bench (references). 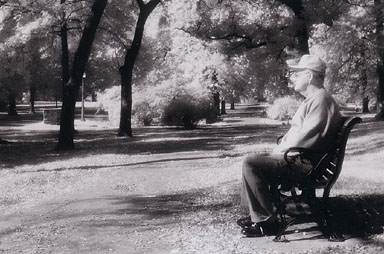 I would say that on the shelf conveys both the same meaning and a very similar connotation.

According to the Cambridge dictionary:

If someone, usually a woman, is on the shelf, she is not ​married and is ​considered too ​old for anyone to ​want to ​marry her.

This phrase was initially coined in for women exclusively, but nowadays can be used for men too, although the phrase confirmed bachelor is used (as Nathaniel pointed out).

20
What do you call someone who chooses to stay single for life?

7
What is the term for young adult male/female (aged 18 to 25)?
18
Similar term to "visual" for audio?
4
How to express the idea that a person feels "anxious" because someone said something that is somehow relating / touching to his/her bad intention?
4
Is anyone aware of any recent neologisms to supercede "spinster" or "old maid" that have arisen?
2
What is the old term, or terms, for "designer stubble"?
4
What are the indigenous English words for a prostitute?
7
Is there a better word or idiom describing someone who is stuck in the past?