It would appear that a new (abusive) use of the word pixelation has cropped up. Go to YouTube and enter "pixelation" and you will be barraged with a collection of stop-motion animation videos. Can anyone help identify where this new usage started (modern etymology)?

It's Not New, It's Misspelled

The confusion arises from homonymy: pixelation is a common misspelling of pixi̲lation, the formal term for this technique.

From Wikipedia, for example:

Pixilation (from pixilated) is a stop motion technique where live actors are used as a frame-by-frame subject in an animated film, by repeatedly posing while one or more frame is taken and changing pose slightly before the next frame or frames. The actor becomes a kind of living stop motion puppet. This technique is often used as a way to blend live actors with animated ones in a movie.

As to its origins:

The term is widely credited to Grant Munro.

So the term (and technique) is not new. Munro was active during the mid-20th century; you may watch one of his pixilation films, Two Bagatelles, produced in 1953, in the archives of the National Film Board of Canada (or, for the more famous of his pixilations, search YouTube for "Grant Munro Neighbors").

Speculation For Fun And Profit

It's not clear how Munro himself came up with the term. 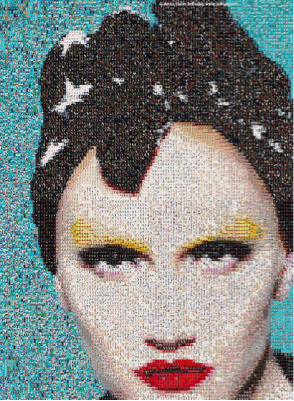 Thus we might conclude that Munro came up his term by analogy: since normal videos are continuous, pixilated (stop-motion) videos are discrete.

Except that cannot be the case, because pixilation predates pixel, which was coined in the mid-1960s.

Again, from Wikipedia's article on pixel (with an e):

The word "pixel" was first published in 1965 by Frederic C. Billingsley of JPL, to describe the picture elements of video images from space probes to the Moon and Mars.

However, Billingsley did not coin the term himself. Instead, he got the word "pixel" from Keith E. McFarland, at the Link Division of General Precision in Palo Alto, who did not know where the word originated. McFarland said simply it was "in use at the time" (circa 1963).

So, to find Munro's inspiration for pixilated, we must reach further back.

William Safire, in his New York Times column On Language ("Madam, I'm Odem": April 2nd, 1995) suggests the possibility that pixilated in the stop-motion sense may have been derived from the earlier sense of acting like a pixie: in other words, the jerky, unsubtle motions of the actors in a pixilated film made them appear tipsy:

[P]ixilation has been kicking around the language for a half-century to describe a technique of cinematographers and stage managers to make human performers appear to move as if artificially animated. Using a stop-frame camera, the pixilator can distort and speed up the motion of actors.

Based on that noun, the modern verb pixilate invites confusion with an earlier pixilated: "bemused, fey, whimsical" or "slightly and happily drunk." This is formed from the noun pixie, a mischievous sprite or fairy, who is pictured with a pointed, conical hat; it is not known if the pixie got his name from the pixie cap or vice versa.

Let's Not Get Too Crazy 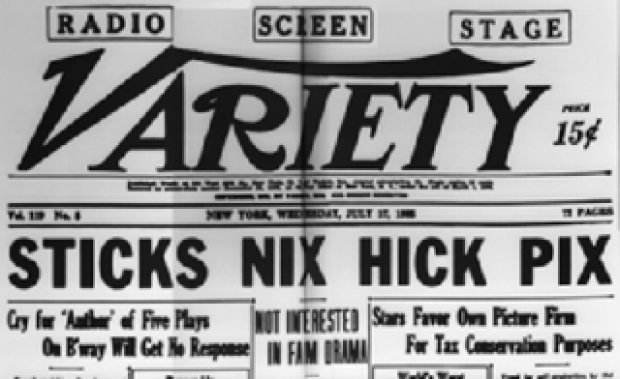 I don't think we need a deeper explanation than that².

As to why some YouTube filmmakers are ("abusively") labeling their pixilated stop-motion videos "pixelated", well: 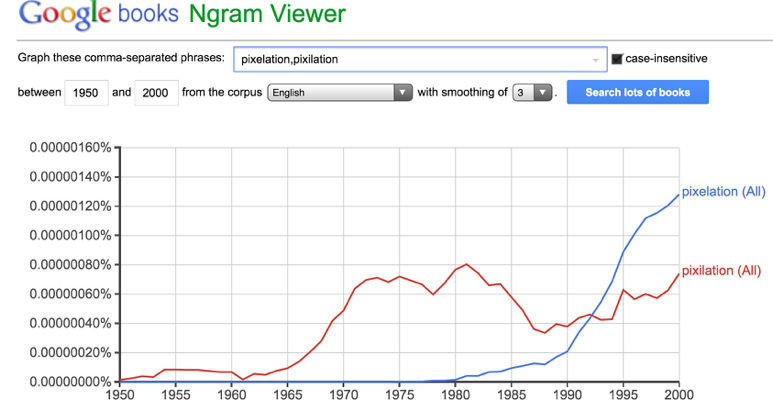 Can you blame them?

Anyway, as they have always done, some enterprising young people have taken advantage of this evolution, this brief moment in time when an ambiguity hangs in the air, to pluck it, and create a video which features both pixilation and pixelation: 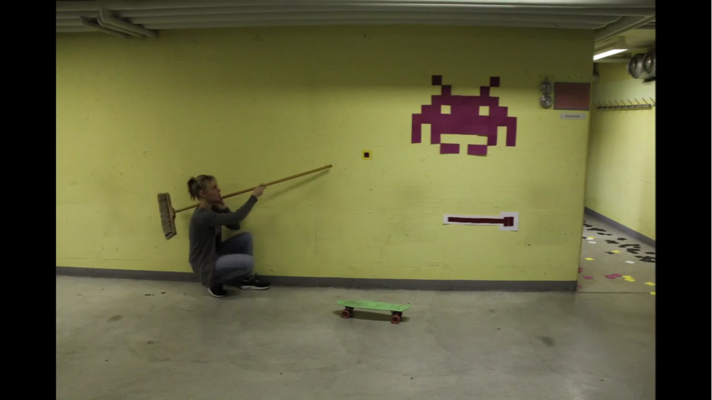 ¹ In his monograph A Brief History of ‘Pixel’, Richard Lyon notes "After the Australian magazine PIX started in 1938, the term pix became commonplace in photojournalism"; but that "the use of 'ix' for 'ics' appeared in the 'pics biz' by at least 1921, in Paramount’s Publix Theatres" and "Variety used 'pix' in headlines at least by 1934"

² Though it is interesting to note that Munro was an animator, known for his animations, so it's entirely possible he intended pixilation to be a portmanteau of pix (pics: pictures) + animation.

Pixelation is overall a much more recent word (1991) used to describe an effect in computer graphics. Even when you break it down to pixel, that too is quite modern (1969) and essentially means "picture element". We could break those words down further but in relation to digital imaging, it doesn't go back further than that.

Pixilation (1947) is also a fairly recent term used to describe what is better known as "stop motion", but it stems off of words that are much more dated. It started as pixilated (1848) but its spelling doesn't tell you much about it's meaning in the same way 'pixelated' does.

What I mean is that there is no such thing as a 'pixil'. However, the meaning of the word makes more sense if you spell it like pixie-elated because pixie (~1630) can mean "bewilderment" so the meaning of pixilated essentially becomes "elated bewilderment," or the word can also be seen as "pixie-led" as if to be led by a pixie as the etymonline entry seems to suggest.

EDIT: Dan Bron made an excellent suggestion that the new meaning of "pixilation" may not actually have any connection to the original meaning of bewilderment.

Unfortunately I cannot find any sources that describe Grant's Monroe's (the person who coined the word pixilation) inspiration behind the word. I did find some potential hints, however.

The best source for info I found on the matter comes from a book by Tom Gasek called Frame by Frame Stop Motion: NonTraditional Approaches to Stop Motion Animation.

He describes on page 34 how the effects like that of stop motion photography elicit "a sense of magic". Perhaps Monroe felt the same about the effect being like magic, and made the connection to the broken-down version of pixilated as "pixie-led" and decided to use the word as a metaphor- as if to say the production is led by magical pixies.

That could be too much of a stretch, but it makes sense to me.

10
Why is a black eye called a "shiner"?
4
Where did the 1920s slang word "grungy" (meaning "envious") originate, if the modern word "grungy" (meaning "dingy") doesn't appear until 1965?
7
Source and popularity of the recent slang word "cuck"
1
What is the etymology of "blameshift"?
9
What is the origin of the use of "bung" as a bribe
1
What is the etymology of the word freedom?
2
Etymology of the imperial or royal "we"
4
When did the word "demon" (for evil spirit) come into popular usage in the English language?