'Automobile' vs 'car': How are these two words different?

My layman's impression is that when people say 'automobile', they mean exactly the same thing as a 'car', except they're trying to be more formal.

Is that right? Or are there other differences?

The terms are roughly synonymous, but do have distinct uses that set them apart from each other as well. They both point to classes of vehicles, however the complete range of vehicles that would be encompassed be each term form distinct but overlapping sets.

Firstly car can refer to objects that aren't automobiles - railway carriages for example:

1 : a vehicle moving on wheels: as

2 : the passenger compartment of an elevator

3 : the part of an airship or balloon that carries the passengers and cargo

Secondly automobile can be used as a general classifying term that is inclusive of vehicles other than cars (and not inclusive of non-wheeled, non-self-propelling instances of "car", such as airship gondolas etc.) as per: 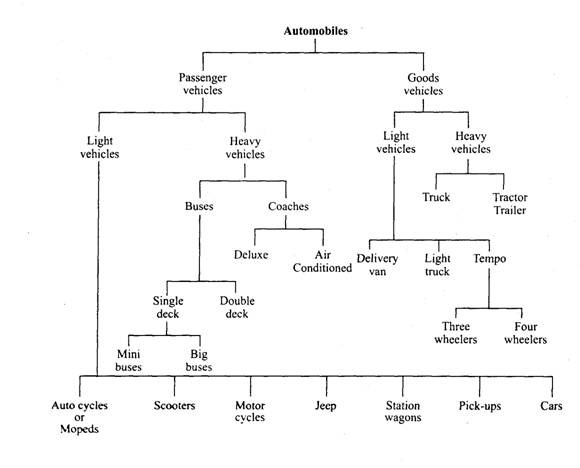 I'd say there is no difference in meaning. The two term came into use meaning "a motor vehicle with four wheels; usually propelled by an internal combustion engine; " about the same year (1895/1896). I agree with you that automobile may sound less colloquial, car is the more used expression.

Merriam Webster make you suppose that automobile is the normal word for car. This is a weak point of dictionaries that they don't hint at the main variant. Google Ngram shows that the normal variant is car. And automobile is a relatively seldom used variant in written language. It is much too long for spoken language.

Have a look at synonyms for car at Merriam Webster or The Free Dictionary.

47
What are the differences between “assume”, “presume” and “suppose”
14
The place where the railroad crosses the road
2
How would you name these two different types of adjectival qualifying?
6
What is the difference between “apart”, “except”, “other than” and “besides”?
2
How to say in a formal way that a car outside of the building is ready?
4
“Not even I can” versus “Even I can't”
16
Is it “authenticate with” or “authenticate against”?
2
“Conflict” Resolution: How to decide if two words are generally “unmistakable”?
0
A word / term for people who criticize others' behavior while exempting themselves from the same criticism