There's a Hungarian children's animated series from the late '70-s called Kockásfülű Nyúl¹: this translates (almost literally) to The bunny with checkered ears. 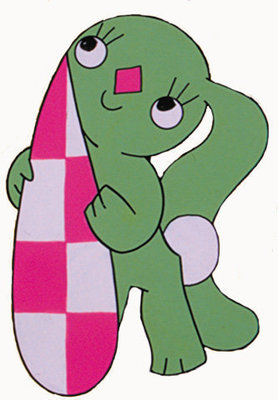 Although this is correct translation, it sounds awful to my ears - the English version is much longer and lacks the playfulness of the original.

I realize that not everything can be translated from one language to another but I'm hoping someone could recommend a better translation to this series.

¹ Unfortunately, the linked Wikipedia page has several episode titles mis-translated - whoever wrote it up, used literal translation, rather than translating the meaning of the titles.

Translating the names of characters when the names have obvious meaning is fraught with trouble. As a particular example I would point toward the characters in the Asterix comics, whose original names in French are invariably French words and phrases, e.g., the dog Idéfix.

Famously the English translators threw out any attempt to translate the meaning of the names in favour of the spirit: to wit, being witty and hopefully groan-worthy. Few of the characters have the same meaning to their name; instead the translators (Bell and Hockridge) stuck to the rule of "Word or phrase meaningful in the readers' language which ends with the sound -ix".

(...Idéfix being the primary exception. Their translation Dogmatix not only kept the meaning it added the word "dog" to boot. But this is such a rare occurrence that that particular coup is spoken about with awe).

On the general principle of "Good enough for Asterix is good enough for me", I'd aim for euphony over exactness, say Checker Bunny, or if you want a pun, Checkear Bunny.

I'd recommend "the bunny with argyle ears".

Argyle is a pattern of colored diamonds; you could think of it as checkerboard turned 45°. For example, from the Memidex dictionary:

argyle: a design consisting of a pattern of varicolored diamonds on a solid background (originally for knitted articles); patterned after the tartan of a clan in western Scotland

Now, in the cartoon image of your question, I'd say the bunny's ears are, in fact, checked, because the shapes are squares (aligned with the horizontal axis), but in the Wikipedia image of a stuffed animal version, the argyle sticks out much more strongly. 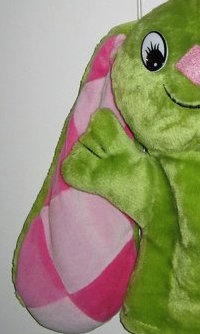 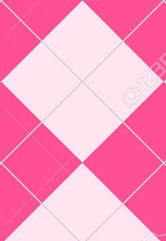 I also think the cadence of "the bunny with argyle ears" is much more pleasing and mellifluous than the original "checkered ears", or even "checked ears"; @Silenus gives a convincing rationale why this may be so:

In other words, the iamb-anapest-iamb meter lends the phrase its fluidity.

Here's a picture of checkerboard cake for comparison. 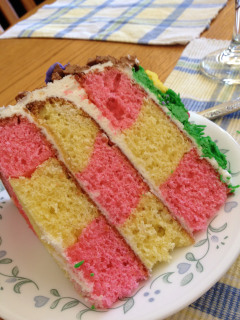 Chessboard bunny? It's a little softer.

This cartoon used to play as part of a children's show called Pinwheel in the US in the 80's. We always called him Suitcase Bunny.