Why did a chicken cross a road? [closed]

Ask Question
Asked 7 years ago
Modified 7 years ago
Viewed 394 times
-3
Closed. This question needs details or clarity. It is not currently accepting answers.

To get to another side.

Can we conclude from the indefinite article "an" in "another" that the chicken did not have a definite plan in mind?

First things first: as several commentors have pointed out, the standard form of the joke is¹:

Why did the chicken cross the road?

To get to the other side.

That is, the standard joke does use the definite article, which invalidates the premise of the question. 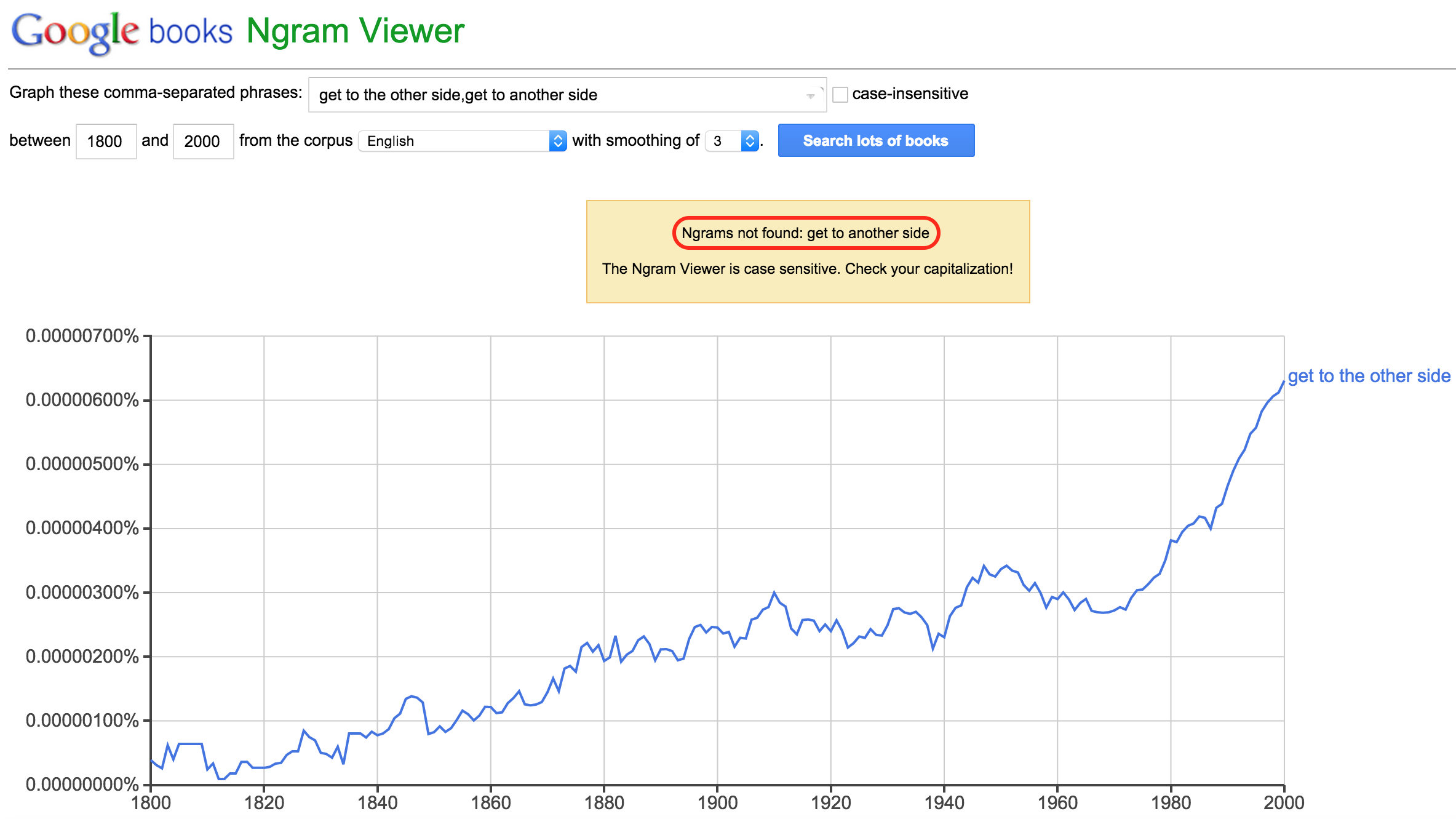 Nevertheless, let us see if we can come up with another example in order to explore the idea that the indefinite article implies lack of certainty.

What should we call this giant advertising board?

BILL: I have another idea

So from the "a" in another, could you conclude that Bill does not have a definite idea in mind?

No? Not convinced? Alright, let's return to the original joke: just how many sides does a road have, anyway?