What does “gages and safety pledges” mean in Henry VIII era English?

What does gages and safety pledges mean in this old passage, and when is the Octave of St. Michael?

The King to the Sheriff of Notthinghamshire: greeting. If John Smith shall make you secure to prosecute his claim, then put by gages and safe pledges Richard Jones that he be brought before us on the Octave of St. Michael, wheresoever we shall then be in England, to shew wherefore, whereas the same John had delivered a certain horse to the same Richard, at Notthingham, well and sufficiently to shew, the same Richard fixed a certain nail in the quick of the foot aforesaid horse in such a manner that the horse was in many ways made worse, to the damage of him the said John one hundred shillings, as he saith. 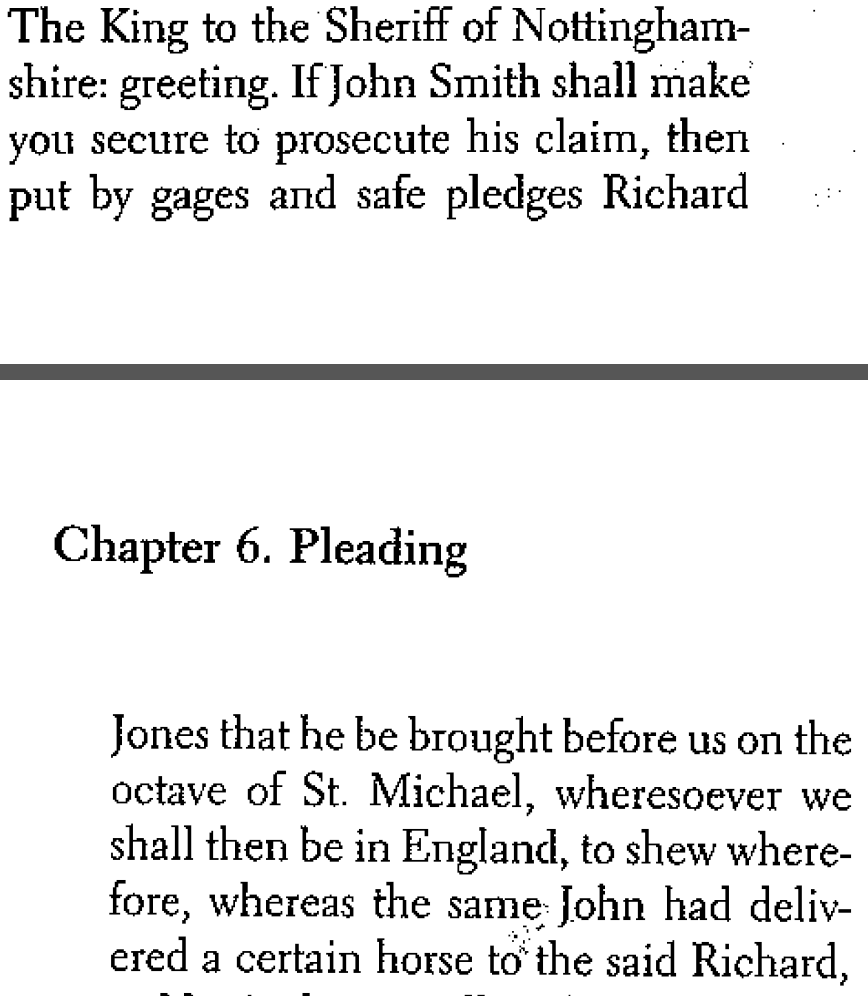 The oldest sense of gage given by the OED is the one that applies here:

Similarly, the oldest sense the OED gives for octave is the one that you want:

Not the answer you're looking for? Browse other questions tagged early-modern-english or ask your own question.