Unlike in English speaking countries, here in Brazil it is very common to have names with accents. My own name is an example of it: Túlio.

In my case, in letter u we have an accentuation signal that in my country we call acento agudo (ú).

In spelling activities, it’s very common for people to ask me how to say those "accentuation signals" in English.

I'd appreciate it if you guys could give me this information. What's the most usual and commmon way to name those signals in English, specially in spelling (´, ^, ~ )?

Probably the way to answer this is to consult the English names given in the Unicode standard. unicode.org/standard/standard.html 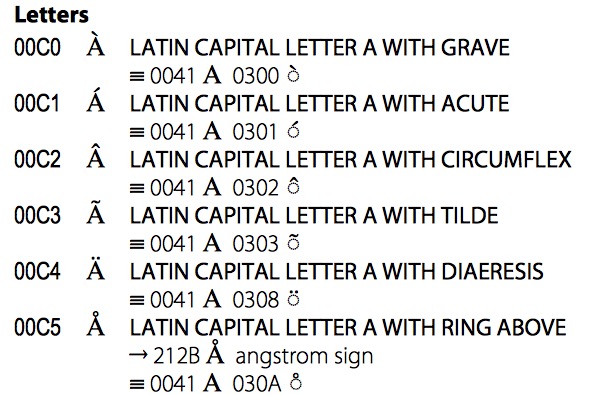 Diacritics: Accents and Other Markings

These are properly known in English as diacritics, or sometimes as diacritical markings. They indicate various things, but stress is only one possibility. They also change the pronunciation of letters in other ways.

The OED says of diacritic:

Whereas the Wikipedia article on Diacritics reads:

A diacritic /daɪ.əˈkrɪtɪk/ – also diacritical mark, diacritical point, or diacritical sign – is a glyph added to a letter, or basic glyph. The term derives from the Greek διακριτικός (diakritikós, "distinguishing"), which is composed of the ancient Greek διά (diá, through) and κρίνω (krínein or kríno, to separate). Diacritic is primarily an adjective, though sometimes used as a noun, whereas diacritical is only ever an adjective. Some diacritical marks, such as the acute ( ´ ) and grave ( ` ), are often called accents. Diacritical marks may appear above or below a letter, or in some other position such as within the letter or between two letters.

The main use of diacritical marks in the Latin script is to change the sound-values of the letters to which they are added. Examples from English are the diaereses in naïve and Noël, which show that the vowel with the diaeresis mark is pronounced separately from the preceding vowel; the acute and grave accents, which can indicate that a final vowel is to be pronounced, as in saké and poetic breathèd; and the cedilla under the "c" in the borrowed French word façade, which shows it is pronounced /s/ rather than /k/. In other Latin alphabets, they may distinguish between homonyms, such as the French là ("there") versus la ("the"), which are both pronounced /la/. In Gaelic type, a dot over a consonant indicates lenition of the consonant in question.

Both Spanish and Portuguese also use diacritics to distinguish what would otherwise be homographs, usually of one syllable.

These are called acentos gráficos e diacríticos in Portuguese, and correspond to the cedilha, acento agudo, acento circunflexo, til, and acento grave.

Portuguese uses the tilde and the acute and circumflex accents to indicate both stress and (usually) vowel quality. It uses the grave accent for a special contraction case, and it uses the cedilla and formerly the diaeresis to indicate a non–stress-related sound change.

Before recent spelling accords, Portuguese also used the diaeresis in words like lingüística, as the Spanish still do. Note that that has one acute accent mark used to indicate the stress and one diaeresis — which is not an accent mark. It is, however, a diacritic. The diaeresis is called a trema in Portuguese and various other languages.

Diacritics are most often used in loanwords in English, or sometimes for poetry. The OED has these interestingly decorated terms in it:

Please see the Bringhurst citation in this answer regarding Unicode, ASCII, and cultural narrowness.

They are called Diacritics. The acute diacritic or acute accent is found in English words such as cliché and resumé.

Olá, In English the items you specifically asked about are just called

It's that simple. For example, here's an article (in English, I mean) on how to type accents when you are dealing with "foreign" words.

In English we have NO accents! Very simple.

English speakers are quite pretentious: we like to use French words or words we think are French, occasionally. Sometimes these have accents. (Usually just the simplest one, a "tick" to the right-up.) So, that is the only place English speakers sometimes use what we call "accents." For example, entrée or à la carte.

We English speakers also know one German word, which is "schadenfreude", but fortunately for us all letters in that word have no umlauts or other accents.

Not the answer you're looking for? Browse other questions tagged typography diacritics or ask your own question.

16
Is the word “formulæ” valid English?

14
Diacritics and non-English letters in anglicized loan words: keep 'em, dump 'em, italicize the words, or what?
7
Contemporary native English words with diacritics
52
When should I not use a ligature in English typesetting?
21
English line breaking rules
1
Accent Marks in English
12
Why does English omit diacritics on foreign names?
1
English regarding the letter i being pronounced as ee
7
Did Old English have diacritics?