Why don't ligatures have names?

Not much to go on but here are a couple of clues:

None of the early uncial manuscripts that I have so far looked at show ligatures, apart from the Divine monograms. The same applies to a web-site for inscriptions. There are contractions (sigla) in miniscule. The only other names for particular ligatures are also derived from Runic, the Irish ogham. Once again the names were needed when runic was transcribed into Latin.

This doesn't explain why ŒÆ survived in French. 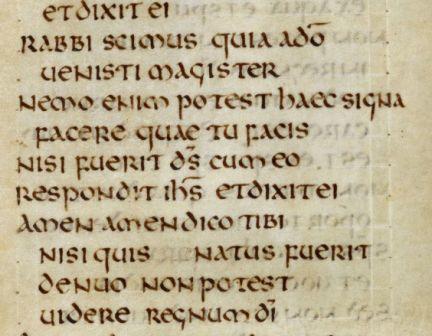 Not the answer you're looking for? Browse other questions tagged orthography history historical-change alphabet ligature or ask your own question.

32
Why have the subjunctive and indicative converged in Modern English?
12
Why do English men's names almost always stress the first syllable?
10
Why are names that begin with "Mc" first in order over names that begin with "Ma"?
20
Why "English" but not "Anglish"?
19
Why doesn't English have a separate word for "head hair"? (head hair vs. body hair)
13
Why does English omit diacritics on foreign names?
8
Why did Old English use C while other Germanic languages used K?