Let me give you an example of the situation where I would like to use this "word/phrase/idiom/expression". A friend of mine who had a laptop for 3 months now accidentally discovers that it is screen-touch enabled when his fingertip brushed against his monitor when he was pointing something to his boss. "Discovered" does seem like a good fit but it sounds pretty dull, at-least in my mind.

I have thought of two phrases: "right under his nose this whole time" and "Eureka Eureka" when I would like to tell this anecdote to someone but I am not sure if it is appropriate in this instance. Also I need alternatives to carry a humorous tone not bothering about if it is a bit exaggerated form.

In the actual laptop situation you describe, sometimes "realised" (or "finally realised") makes more sense. You also have "finally noticed".

It's a little clearer than "discovered" which doesn't quite fit. (It's kind of the opposite of a long quest with a discovery at the end ... you know?)

Note that often the "correct answer" to SWRs is "there is, simply, NOT exactly an SWR for that" ... and/or ... "well yes you've given the best answer already."

Finally, just a note that

is a (funny, I think) recently popular term that is used in situations like this. 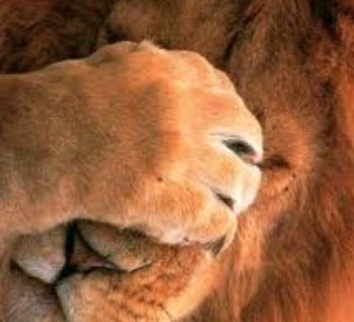 (Interestingly I think you could almost just about start using that as a verb or similar form, for situations such as finding something that was right in front of you ... "I facepalmed my spectacles this morning - they were on my head the whole time!")

The phrase 'hidden in plain sight' comes close, in terms of the method of obfuscation, but does not really communicate the accidental location. Still, it may be of some use.

That [which] seems to be hidden, but actually is not hidden and is easy to be found

Here's an "oldie but goodie":

"He touched the screen and, lo and behold, he realized that it was a "touch-screen" computer."

It has to be pronounced with a certain intonation (high to low and then a bit up again) and a certain facial expression.

Example: Today I figured out my laptop has a touch screen. Duh! I've only had it for three months!

(The last part is pronounced with sarcasm.)

This would be a way of poking fun at yourself. Duh means it should have been obvious.

That would be a serendipitous discovery.

Definition of serendipitous in English:
adjective
Occurring or discovered by chance in a happy or beneficial way:
'a serendipitous encounter'

Not the answer you're looking for? Browse other questions tagged single-word-requests phrases expressions idiom-requests or ask your own question.

35
What is it called when something appears so obvious, no one expects it?
4
SWR for "just now", "from my hand", lost an object?