Single word request for an adjective to describe the disdain and contempt I feel toward someone else's cringe-inducing, affected, precious and pretentious behavior.

I currently say that behaviour is “gay” and I want to stop using that word improperly. Here is example I found of what I mean: 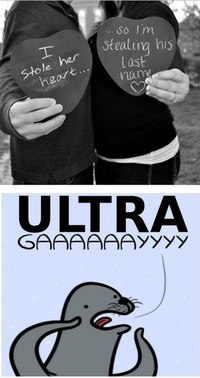 Here is an adjective for the excessively emotional or sentimental behavior:

3a: overly sweet or sentimental

3b: lacking in good sense: silly

I would go with "lame," since it seems to me that people use "gay" to describe lame stuff that isn't necessarily sappy.

"Twee" has always been my fallback for just this situation. It has just the right level of contemptuous disdain.

Unfortunately, Merriam-Webster.com says it's chiefly British, so it may not work so well universally:

Twee: adjective \ˈtwē\ : sweet or cute in a way that is silly or sentimental

To refer to the behaviour that you find objectionable (in others), I would suggest a more neutral but nevertheless descriptive word: saccharine, which means artificially sweet to a distastefully excessive extent.

As per the Merriam Webster dictionary:

The last three meanings are pertinent.

I would suggest "pathetic".

A combination of definitions 1 & 4 appropriately convey the condescension you feel toward something ridiculous.

I'm surprised I haven't seen this posted, but I would think gross. It's short and well-known so it works well as a replacement pejorative.

6a : coarse in nature or behavior

6b : gravely deficient in civility or decency

I would consider an action rather than a word. For example you could pretend to vomit/wretch or make a disgusted face. This has a bit more effect than some of the words suggested, which to my ear sound a bit dated.

In text, emojis/emoticons are perfect!

or even better (on devices which can render colour emoji)

(Note: As a gay person myself, this use of "gay" doesn't really bother me, I realise words have different meanings and language evolves, but I'm only a very small sample size and don't necessarily represent the majority. I understand why you might want to stop using it.)

It looks like you are confusing camp and kitsch. Camp is phony, self-obsessed, over-the-top theatrical attention-whoring. It was very strongly associated with gays before they were main-streamed and reality TV basically obsoleted it. From WordNet 3.0

adj 1: providing sophisticated amusement by virtue of having artificially (and vulgarly) mannered or banal or sentimental qualities ...

Kitsch doesn't have the same associations with gays/the theatre/Hollywood. From WordNet 3.0

Saying something is kitsch is like calling something tripe, when some people actually like tripe, although it is widely considered to be in bad taste. Calling it treacle, or sap, or pablum more strongly implies that it is puerile (or juvenile).

The first two may be a bit too British (I'm not sure from where the questioner originates). The third is North American but I certainly hear it a lot in the UK.

poncey: Brit. pretentious or affected
pansy: effeminate or homosexual
If you're a Beavis & Butthead fan wuss

So even the dictionary associates it with the old non-politicized meaning of gay.

user130712user130712
9
1
Add a comment  |
Highly active question. Earn 10 reputation (not counting the association bonus) in order to answer this question. The reputation requirement helps protect this question from spam and non-answer activity.

Not the answer you're looking for? Browse other questions tagged single-word-requests pejorative-language offensive-language or ask your own question.

0
Word or phrase to describe increasing periods between attempting the same operation
2
What is the word for "composing of a single part"?
1
Word/phrase to describe the kind of joy that you feel when someone you like or love shows you an act of kindness or love
11
Single word to replace "allowed to be missing"
2
A word for 'monotonous' or 'repetitive' with a positive connotation
3
Is there a more natural/casual synonym for "Implemented" that does not imply progression?