Wrong use of words?

My friends who lives in China just sent me this snapshot of a test which she used to practice her English language skill-set. I took a look at it, and something bothers me. I might be completely wrong here, by no means am I saying that it really IS wrong. Could you guys and gals help me out here?

I'm referring to blank space 2, we have two options.. 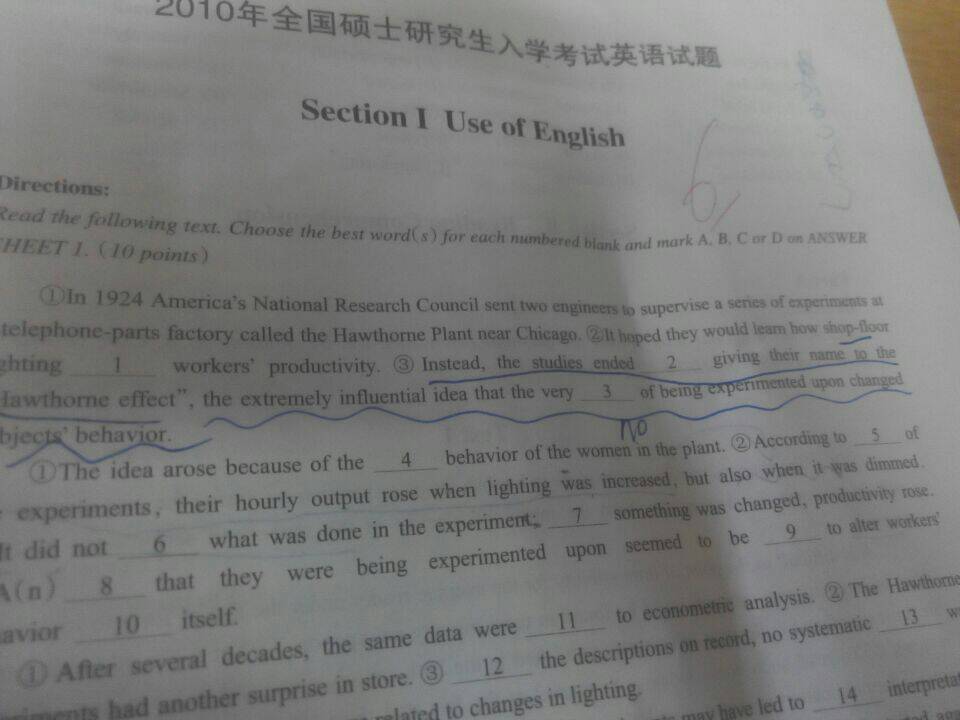 We're going to take a look at " Instead, the studies ended ..... giving their names to the "Hawthorne effect", ...

This alone confuses me. Apparently, B is the correct answer for blank space 2.

So the complete sentence ( comma excluded ) would be ;

Instead, the studies ended up giving their names to the ...

How is a "study", which is a thing, not a person, supposed to give up his/her/its name? I thought that "their" reefers to a group of people.

Could somebody clear this up for me? Kindly appreciated!

This is anyway not an issue of 'studies' giving a name to something. The sentence just suggests that the studies of the Hawthorne plant gave rise to the name "Hawthorne effect". In my opinion, the sentence could have been phrased far more lucidly, like:

"Instead, the studies gave rise to the term "Hawthorne effect", the extremely influential..."

But since this is a test, let's ignore the grammar. As for the correct option, B is right, because 'ended up' means 'resulted in', like:

"I fooled around the entire day and ended up cramming for the test the next morning."

Or, "I took an action which had a result: that I had to do something as a consequence."

Versus 'ended with', which means 'concluded with another, possibly unrelated, action', like:

"I fooled around the entire day and ended with cramming for the test the next morning."

Or, "I took and action, and concluded it by taking another action."