Is there an English equivalant to the Russian saying "the baker never buys his bread"?

I heard a good Russian(?) saying that I like, which is, "the baker never buys his bread," as in, "bakers aren't wealthy people, but at least they always have bread." Kind of like if you were a shop mechanic, at least you'd be able to fix your car when it breaks down.

The problem is, when I use it, people don't understand the idiom, then I have to explain it. Is there something similar in English? I feel like there is.

The proverb in English is "The baker never wants for bread."

Although this is not exactly well-known, the meaning is clear and shouldn't need an explanation. (sentence edited - see comment by Mar-Lou A)

Labour has a golden soil and the baker never wants for bread. - The Southern literary messenger http://goo.gl/DDwv2G

Note: X never wants for Y was once a common idiom. It has declined in use these days. (sentence edited - see comment by Janus Bahs Jacquet)

e.g. "His daughter is a spoiled brat. She never wants for anything."

There is an English proverb (actually, frequently attributed as a Chinese proverb) that is widely used that goes:

The nuance is not the same, but it does have the gestalt of elevating the destitute and feeding the hungry. You might get your point across without having to dissect if you substitute a fisherman or fishmonger for your baker.

A man who knows how to fish never goes hungry.

A fisherman never has to buy a meal.

Doesn't have quite the same ring to it, though.

Unfortunately, I have not been able to trace the OP's proverb, and not through lack of trying. The closest English proverb that I did find is said to originate from Norfolk

An older variation has

If you keep a fairy loaf in the house, you will never want for bread.

A fairy loaf, also called a Pharisee Loaf, was the name given for Fossil echini, a fossilized sea-urchin, which were sometimes discovered after ploughing the fields.

"Pharisee" for "Fairy" seems to be a Sussex thing. Fossil echinoids which looked like bread loaves were called both "Fairy Loaves" and "Pharisee Loaves" there. They were once used as charms when baking to make the bread rise to the right shape. Probably, "Pharisee" is just a corruption of the word "Fairy". 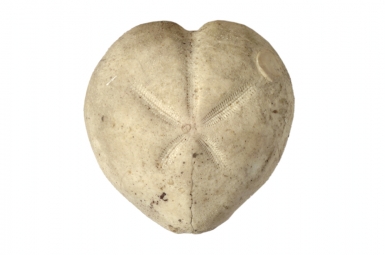 There is however a common Italian dialect proverb that goes

Which loosely translated means:
He who has a trade will never be short of bread

The English equivalent is (which rhymes and makes perfect sense):

A trade in hand finds gold in every land

I would think the more appropriate phrasing to convey the meaning you want would be something like:

I can't think of a common English version of this idiom off the top of my head but I think this would be more understood than how you've currently translated it. The issue with the translation in your question is that the use of the word "his" can be unclear.

the baker never buys his bread

This can be interpreted in two ways, the way you intend (I'm guessing) and another, more negative way:

My version of this statement removes the ambiguity and only allows the first interpretation.

Regardless of all of this, there's nothing in the English version that gives any implication that the baker is poor, only that his work gives him the bread he needs for the day.

I don't know the Russian saying or what the actual meaning of it is, but in English, there's a sub-definition of "bread" that implies all "food [or] sustenance", not strictly bread. It's most notably part of the Lord's Prayer

Give us this day our daily bread

So, I suppose the concept of literal bread being the bare minimum for the more figurative bread could get you a little bit of that implication of surviving on the bare necessities of life.

Additionally, if you want to be pedantic, you could argue that, technically, he does pay for the ingredients, so he does still "buy" it to some degree.

Similar concept that I thought of when thinking through this answer:

This is more similar to the second case I mentioned above... Barbers can scarcely be expected to cut their own hair, so the one with the best haircut is clearly not the best barber... it's the person who cut his hair.

I have a dad who is a former breadman, and he would use the phrase "[the breadman] always brings home the bread." (usually referring to himself) It's not an exact match but it's similar enough. It's a similar idiom to the term "bringing home the bacon" referring to the primary money-earner of a household. You could see it as a morphism of that phrase.

Due to the U.S.'s capitalist economy, you might see the phrase "bringing home the bacon" as the equivalent, because although the primary money-earner of a household doesn't necessarily make the bacon, they generate the wealth which is used to buy it. I imagine there are many more laborers in the US who make references to this phrase when referring to their chosen profession. A butcher, for example, would use the phrase "Bringing home the bacon" as a direct subversion of the original meaning, referring to the literal bacon he/she/etc brings home, and not the money. However, for other working persons, it could be bringing home the orange juice, the ice cream, the TV's, the cars, or any other number of physical goods, as a morphed version of the original phrase.

In my dad's case, he didn't bake the bread though, he delivered it.

If you become a chef, you will never go hungry.

"When life gives you lemons, make lemonade!" It means when you have difficulties in life, use them to your advantage.

I don't know, but I did find an 1845 printing with your quote. On page 402 it appears in a story that was translated from GERMAN into English. Slight Causes. From the German of Zchokke (Translated for the Southern Literary Messenger)

"Don't Get High On Your Own Supply" has a very different meaning but sounds quite similar. Instead of taking all the free bread you want the saying implies good business practice would preclude you from eating your own product. That or the saying is purely based on the effects of the drugs and therefore irrelevant to this discussion.

Well, the first one that come to mind, being a gamer is the saying

It is a reference to Leeroy Jenkins. It's a modern meme, of course. Only a select crowd will understand it, but it may be useful if you are speaking to such a person. I have used it a few times to convey the idea of being in a bad place and destitute but still having a small comfort, and it was understood in this context.

I found a similar idiom that is self explanatory, if not a bit sardonic; "A bad veterinarian never goes hungry."

"A blessing in disguise" is a more general, broad interpretation.

Or, simply, "Count your Blessings". It simply means to be appreciative of what one does have. That may be the context you are looking for.

"A fisherman never goes hungry", as mentioned, is one I have heard before. It means that one in their trade always has that need met; though it can be interpreted slightly differently.

My mom is cuban and she's always saying this phrase "En casa del herrero cuchillo de palo", i think it means "In the blacksmith's house wooden knife". i dont know but i think its related to your question. I hope it's useful

19
The Cobbler's children have no shoes

9
"Soldier sleeps - the service continues" (Russian idiom/saying)
75
Idiom criticizing a person who has unsolved problems but tries to give someone advice about them
11
English equivalent Polish saying "Dumb people are not sown, they're born"
6
English equivalent for the Persian idiom "Putting the drill on poppy"?
8
Idiom or expression criticizing people who ignore you right after getting what they wanted/ were after
5
A word or idiom for a person asked to use their expertise for banal tasks
3
Single word request and/or idiom—worse news
2
Any idioms that describe actions now that will benefit yourself in the future?
2
In search of an idiom expressing explaining oneself and feeling ashamed on behalf of another person