What to call the large containers of bottled water?

The water drawn from those 2.5 gallon containers having a spigot (and air hole) is called ‘bottled water’, but what should we call those large containers of water? It seems like “tank” or “tankard” are the best 2 choices. I am partial to ‘tankard’, as ‘tank’ seems to imply something much larger, on the order of at least tens of gallons. However, according to the dictionary, a tankard is merely a large drinking vessel. Is it possible / plausible to extend the meaning of ‘tankard’ to mean ‘large container of bottled water having a spigot and air hole’?

First, a word in clarification: "bottles" would be the term I would naturally use for these containers. However, after using that same word - not once, but three times - the OP asks for another term. That is the nature of this OP.

So, as a second-choice, rather than tankard (its Middle English origins notwithstanding), perhaps a suitable term would be cask? While it's true that casks lack the bottle's characteristic neck, which is really the only feature distinguishing one from the other, cask would seem a viable second-choice

bottle noun: 1 a: a rigid or semi-rigid container typically of glass or plastic having a comparatively narrow neck or mouth and usually no handle. (Merriam-Webster online)

tankard noun: 1. a tall beer mug, typically made of silver or pewter, with a handle and sometimes a hinged lid.

I think you are looking for a carboy or a demijohn. They are usually made of glass but they can be plastic also. For commercial use, they usually contain distilled water and they can be used in households.

A carboy or demijohn is a rigid container with a typical capacity of 20 to 60 L (5 to 15 gallons). Carboys are primarily used for transporting liquids, often water or chemicals. Wikipedia

Note: The picture is added later to the question and I would like to add some further details. Water delivery companies call them bottled-water mostly but OP wanted to differentiate from smaller or larger containers. Carboys and demijohns have the capacity level that OP is asking for and they are used for water delivery/storage. Although, they might not be prevalent in everyday usage and might be more prevalent in industrial usage. These containers have other usages also. For example, they can be used as a fermenter in homebrewing.

From the book Homebrewing For Dummies By Marty Nachel:

Carboys are large cylindrical jugs that water delivery companies used for years until they switched to the plastic carboys today.

They are bottles, exactly as Chasly points out. You can so trivially find 100,000 usages on the internet, it is not worth making a link here.

Note that your best bet is probably to refer to them as:

That would be the most absolutely clear way to refer to them.

Consider propane/cng bottles which are a similar size. It's true that propane/cng "tanks" are so-called in some English-speaking regions - but they are propane/cng "bottles" in others. The water cooler bottles to which you refer, OP, are much more bottle-like than cng-bottles ... the water cooler bottles are completely bottle-like topologically, with a neck and open mouth and so on ... so I think you would struggle to call them "tanks". As Fumble astutely notes, tanks are refillable things. {Indeed, you only "get away with" calling cng bottles 'tanks', rather than 'bottles', for that very reason, I feel.}

Finally I direct you to tchrist's comment. "Those are just bottles." It's that simple. 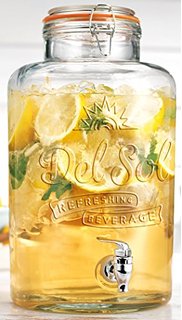 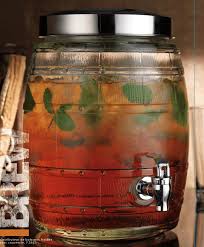 A 5-gallon water dispenser is a plastic jug that contains bottled water. Without the spigot (or tap) they are just called (1.5/3/5/10 gallon) water bottle. 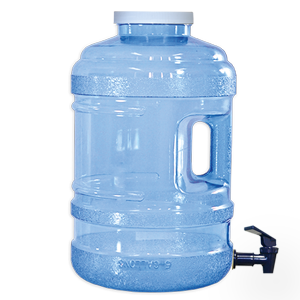 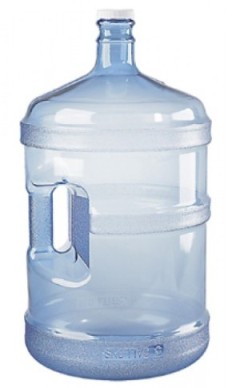 Rain barrels or rainwater tanks are large containers, often made of plastic, for collecting and storing rainwater that run from rooftops. 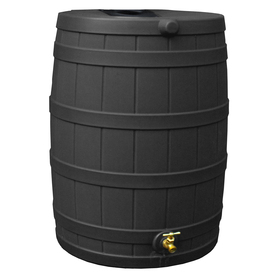 These are called jugs of water. See foe example the 3 and 5 gallon jugs here: http://tulpehockenwater.com/products.asp

In the trade they call them bottles. Maybe flagon or pitcher.

If you are referring to these,

These are called 'gallons' in our local shops. Haven't heard of any other name elsewhere till date (though they might exist).

https://www.google.co.in/search?q=water+gallon will also give you these.

Note: Gallon also refers to these:

I would call them " xx liter bottles". Even jug and pitcher are lesser known than bottles. Everyone know what a bottle is. Go ask a three year old which word they know best. That will be the best one.

The best word or the most accurate should only be the one that most people agree on not what dictionary says is accurate (well unless everyone else around you is English professor).

I thought I would add to this. I am a service tech for a water company. (New Zealand)

We call them bottles. Our stock code is H2O15 (H2O 15 ltr). We also call them WD bottles (Water delivery) or FYO Bottles (Fill you own) The US people call them Water cooler jugs.

Jerry can? I think jerry can or jerrycan/jerrican maybe a good alternative to large plastic bottle... It's a particular shape of course similar to some of the pictures posted here.