Etymology of "dutchman" to mean a carpentry patch?

The term dutchman is used to describe a repair patch used in carpentry. Various dictionaries define it along the lines of

Something used to fill or cover a gap, especially a block of wood or stone set into a larger piece to replace a damaged section.

These are examples of the type of construction 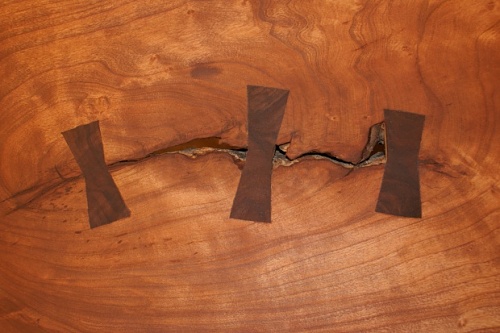 (original found at this site) 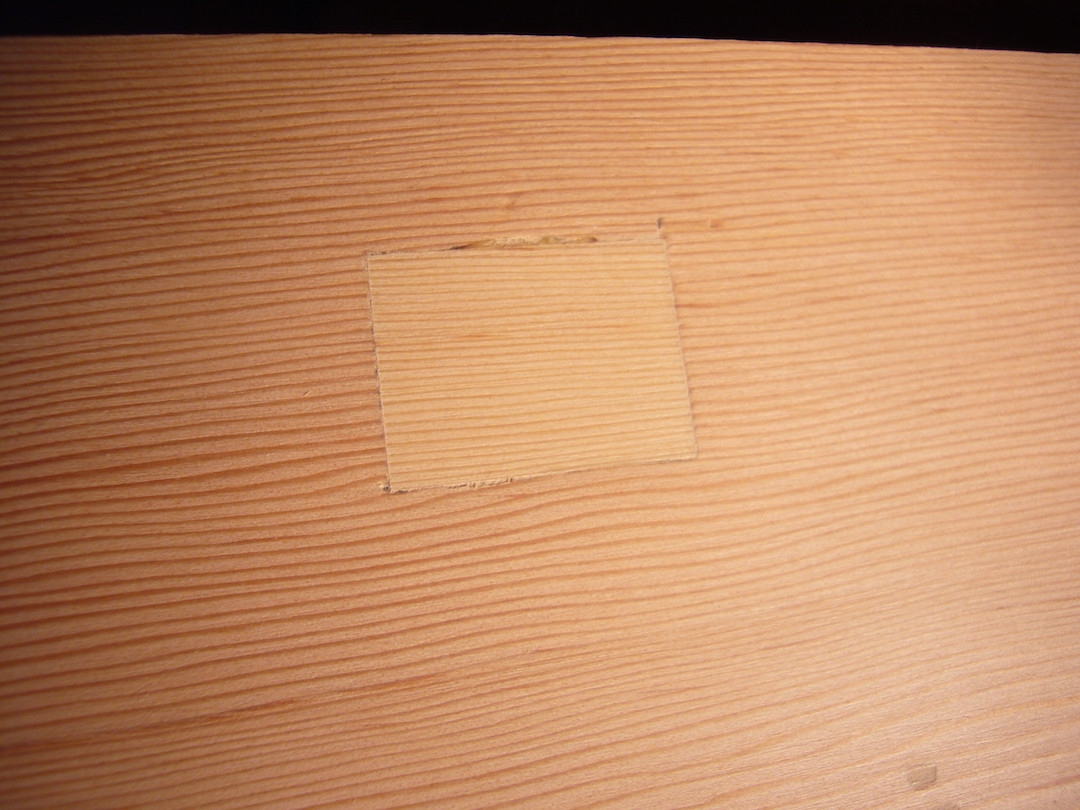 (original found at this site)

The dictionary definitions give no etymology, and this usage does not appear on etymonline.

A common sense guess might associate the usage with the story of the Dutch boy placing his finger in a hole in a dike, an oft published story from the mid-19th century, and repeated in Hans Brinker; or, the Silver Skates: A Story of Life in Holland, a novel by American author Mary Mapes Dodge. Wikipedia.

But that is nothing more than a guess. Does anyone have guidance as to the origin of this usage?

The book Torching the Fink Books and Other Essays on Vernacular Culture (by Archie Green) offers seven pages on the origin of dutchman. In summary, the most plausible theory suggests that dutchman was first applied by American mechanics to compliment the skill of their German fellows around 1830s-1840s.

Here are some relevant parts from the book:

The first lexicographer to recognize dutchman as applied to a work process was John Russell Bartlett in the Dictionary of Americanisms: "A flow in a stone or marble slab, filled up by an insertion."

Bartlett recorded dutchman in his Dictionary in 1859. It is a good rule of thumb in language study that a word circulates orally many years before it gets into print, and often for some time in print before it is rewarded by being placed in a dictionary.

The first woodworkers in the New World were colonists and pioneers who felled trees, cut logs into lumber, and built their own crude implements. While the nation was still young, the invention of specialized woodworking machinery set the stage for factory production of wood products. It was only after the application of the steam engine to saw mills, and the introduction of the circular saw and related tools, that cheap, rapid, mass production of finished lumber, furniture, sashes and doors, and stock trim was possible. Hence it was in the decades of the 1830s and 1840s that mill-cabinet and building entrepreneurs reached out to Germany and other European areas for skilled help.

The early machine woodworking trade was centered in the growing cities of the East Coast, Boston, New York, and Philadelphia; then it gradually spread to Cincinnati, Chicago, and Grand Rapids as the forests of Wisconsin and Michigan were opened to lumbering operations.

Some place, some time, perhaps in an East Coast cabinet shop in the Age of Jackson, a native tradesman complimented the craftsmanship of a German mechanic and a new word was born. Neither lexicographer Bartlett nor shipwright Carrwardine is here to give his sources.

According to the following extract, the term dutchman, meaning a patch of wood, may come from Dutch sailors mended pants:

Dutch at a point in history was used as derogatory adjective and that may have influenced the term dutchman with that respect referring to a work badly executed :

The term is used by millwrights to refer to a piece of conveyor belt spliced in as a repair. Additionally, my grandmother from Alabama used to describe a partly cloudy day as having “enough blue in the sky to make a Dutchman a pair of britches.” Those two references made me think that Dutch immigrants may have been known to patch their clothes.

1
Etymology of using 'joint' to mean a place
2
Etymology: bedraggled
0
Etymology: Camelot
0
Etymology of 'inexorable' : What does 'out' + 'pray' mean?
0
The Origin of the word, 'Soft Patch'
4
Phew! Etymology
0
What does it mean to patch cables or devices together?
4
Dupe etymology?