Is there a comparable word to 'visibility' for hearing?

On a foggy day, you might say there is poor visibility. Similarly, trying to read something on your cell phone in direct sunlight is difficult.

Is there an equivalent word that can apply to hearing?

If you were trying to talk on your cell phone during a loud concert, it would be hard to hear. And listening to a radio station with static would also be difficult. But being able to hear a pin drop in a quiet room would mean you could hear something with great clarity.

I think you are looking for audibility: 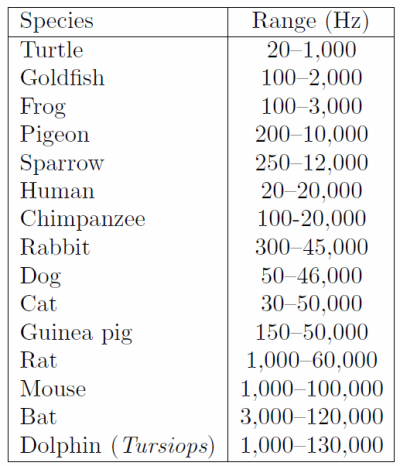 While audibility is certainly the most precise term as Josh61 suggests, I believe clarity or clear finds more common usage in description of audio quality or sound perceptibility. For example, "I hear you loud and clear" is a common way to confirm that someone's speech was understood.

I was originally going to suggest the word hearing which, in fact, you used to ask your question, but I believe that is more suitably the counterpart sight or vision. I believe audition suits your needs, if a bit uncommon.

Even with the use of a hearing aid her audition remained poor.

The answer to your question is "no".

While its true that visibility : seeing :: audibility : hearing in its normal context, the particular use of the word you're referring to would probably be classified as "jargon". It is derived from a military/transportation context, and is rarely (if ever) used outside of these. A pilot or a driver might say "I'm reducing speed due to poor visiblity", but if you were taking stroll with a friend in the fog and remarked that "visibility is poor", he or she would definitely give you a quizzical look.

Strictly speaking, visibility (and audibility) are nouns that refer to the ability of a thing to be seen (or heard). When one says "there is poor visibility" or "visibility is poor", there is an implicit abstract subject or indirect object: it means "the visibility [of things in general] is poor."

This type of thing is one of the stranger corners of the English language, one of the few ways that French influenced English grammar (as opposed to vocabulary, which was influenced much more) after the Norman conquest. In French, this type of grammar is common: "ça va, [on] ne pas", etc.

In English, there are a few other words that are used like this. For example, one might ask a shopkeeper "how's business?", and he might reply "business is poor". In this context, "business" does not refer to commerce in general, or even the shop itself (directly), but instead, it refers to the state of the shop's present profitability.

In any case, if you're looking for a more formal way of saying something is difficult or impossible to hear (although saying "hard to hear" is perfectly fine): you might use the adjective "inaudible", i.e., "you're inaudible" (I can't hear you), or "it is inaudible in the concert hall" (I can't hear in there).

8
“omni”-prefixed word for “all-hearing”
3
Hearing equivalent for “speaker”
10
“View”, but for hearing
13
-phobia word for fear of hearing speeches
3
Distinguish two comparable teams
5
Words for the “essential character” of each sense organ?
1
comparable word to soundtrack but with reference to movies/visuals?
5
Nuances of comparable
6
What is the verb for “accidently hearing”?
2
Is there a word for fear of hearing foreign languages?