A fabulous word for a small wooded area [closed]

My roommates and I want to name this little "island" on the culdesac that we live on, a sort of nickname.

We aren't looking for something literal, something humorously exaggeratory, like "the sacred grove" or something, but more creative and epic, and no adjective would be better. 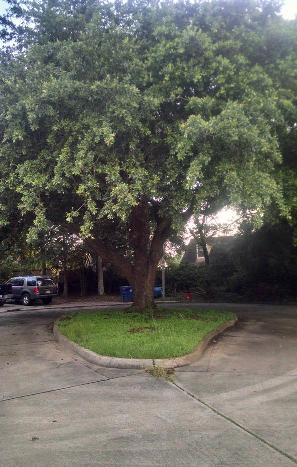 In Scandinavian mythology, the great tree whose branches and roots extend through the universe. Also allusively. [OED] 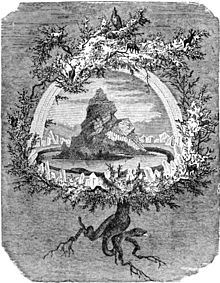 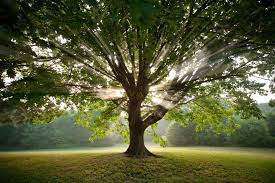 A nemeton was a sacred space of ancient Celtic religion. Nemeta appear to have been primarily situated in natural areas, and, as they often utilized trees, they are often interpreted as sacred groves. However, other evidence suggests that the word implied a wider variety of ritual spaces, such as shrines and temples. Evidence for nemeta consists chiefly of inscriptions and place-names, which occur all across the Celtic world. Toponyms related to the word nemeton occur as far west as Galicia, Spain, as far north as Scotland, and as far east as central Turkey. The word is related to the name of the Nemetes tribe living by the Rhine between the Palatinate and Lake Constance in what is now Germany, and their goddess Nemetona

Pliny and Lucan wrote that druids did not meet in stone temples or other constructions, but in sacred groves of trees. In his Pharsalia, Lucan described such a grove near Massilia in dramatic terms more designed to evoke a shiver of delicious horror among his Roman hearers than meant as proper natural history:

[N]o bird nested in the nemeton, nor did any animal lurk nearby; the leaves constantly shivered though no breeze stirred. Altars stood in its midst, and the images of the gods. Every tree was stained with sacrificial blood, the very earth groaned, dead yews revived; unconsumed trees were surrounded with flame, and huge serpents twined round the oaks. The people feared to approach the grove, and even the priest would not walk there at midday or midnight lest he should then meet its divine guardian.

arboretum, "a sort of museum for trees," might be the sort of hyperbole you're looking for.

Something about latinate words; they sound pompous. "Jeeves! To the arboreteum! Make haste!"

And for the epicness of the word: 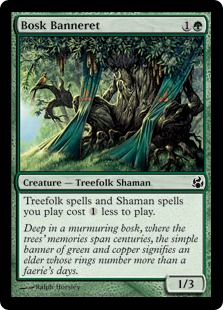 Since the "island" would appear from above as a disconnected patch of growth surrounded by a smooth area, I suggest "The Pubes" or, "The Axillary".

In Tolkien's Sindarin: Tol Calen, the green isle, written like this in Tengwar.

Derived from the Breton word for apple tree, Avalon was a legendary isle featured in the tales of King Arthur. It was also where Excalibur was forged.

Given the description,"Stickormore" sounds both humorous and outlandish to me. Hope it helps. As a matter of fact, drop the e at the end and it'll become even mor(e) unique.

That spot looks like a good candidate for Fallback Position Alpha

It could in fact become The Nexus or better yet: SEKTOR EINZ! (but cannot be said sitting down) 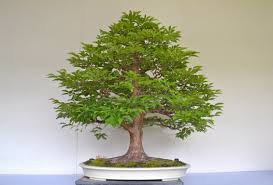 An ironic play on the Eagles "Last Resort," and the solitary tree in the OP's miniature resort.

resort noun: 1. a place that is a popular destination for vacations or recreation, or which is frequented for a particular purpose. "a seaside resort"

resort verb: 2. formal go often or in large numbers to. "local authorities have a duty to provide adequate sites for gypsies “residing in or resorting to” their areas"

resort (n.) late 14c., "that to which one has recourse for aid or assistance," from Old French resort "resource, a help, an aid, a remedy," back-formation from resortir "to resort," literally "to go out again," from re- "again" (see re-) + sortir "go out" (see sortie). Meaning "place people go for recreation" is first recorded 1754. Phrase in the last resort (1670s) translates French en dernier ressort, originally of legal appeals.

The Greek explorer Pytheas is the first to have written of Thule, [etc.]

It's epic because that cul de sac is unknown to most people in the world (IOW "beyond borders of the known world"); but for you who know it, once you get there you know you've really arrived.

Something a little more recent, and as far as grandeur is concerned, "epic", from the movie Avatar, the term: Kelutral

Hometrees (Na'vi name: Kelutral) are massive trees that can be found throughout Pandora. Many Na'vi clans, such as the Omaticaya and the Tipani make these enormous plants their home. [...]about 150m tall […] The circumference of a Hometree is great enough to house dozens of clan members. The tree is honeycombed with natural hollows and alcoves in which the Na'vi sleep, eat, weave, dance and celebrate their connection to Eywa

The Great Forest or maybe Fangorn (but that would be to borrow from LoTR). Then you could say, "Rosengarth, meet me at the entrance to The Great Forest.."

1
Is there an umbrella term for fictional and non-fictional works?

1
Word that describes embracing imperfection
7
What's a word for the ability to discern another's mental state?
4
Word for an object that undergoes a removal?
21
A word that means “taking your time and doing things correctly”
2
Word like "zeitgeist" for beliefs
1
Word for the name part of a country name
2
How to describe the feeling of a guilty pleasure?
2
Word to describe something relating to a distinction?