What do you call it when it's not raining, but the atmosphere causes everything to be wet?

I'm currently having a discussion with colleagues about what this is.

Basically it's kind of a cloud has rolled into to ground level. It's not raining in the sense that there are no drops of water falling from the sky, but it causes everything to be wet.

What do you call this?

I'm not sure I would call it drizzle either - because there doesn't appear to be distinct water drops.

This is a rather difficult call, but essentially it comes down to "drizzle," "fog," or "mist," - or some undefined middle point between two of these states (fizzle?), so take your pick. With fog and mist, condensation is the key. 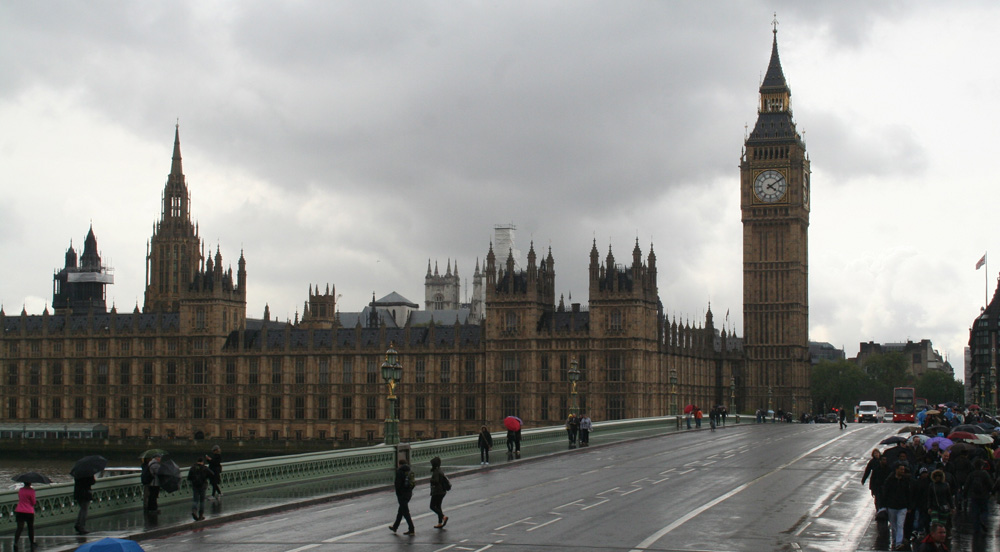 “Fairly uniform precipitation composed exclusively of fine drops with diameters of less than 0.5 mm very close together. Drizzle appears to float while following air currents, although unlike fog droplets, it falls to the ground.”

The definition of drizzle in the Glossary of Meteorology (American Meteorological Society, 1959) is:

“Very small, numerous, and uniformly dispersed, water drops that may appear to float while following air currents. Unlike fog droplets, drizzle falls to the ground. It usually falls from low stratus clouds and is frequently accompanied by low visibility and fog.

While the observation of drizzle is obviously difficult to automate, it is generally straightforward for an observer to visually assess when drops are too small to be rain drops. It then becomes a question of whether the drops are suspended in air (fog) or falling (drizzle). This is typically done by determining whether the drops can be observed to collect on horizontal surfaces. 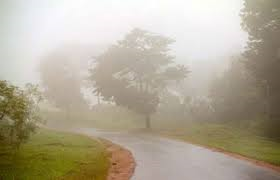 Water droplets suspended in the atmosphere in the vicinity the earth's surface that affect visibility.

According to international definition, fog reduces visibility below 1 km (0.62 miles). Fog differs from cloud only in that the base of fog is at the earth's surface while clouds are above the surface. When composed of ice crystals, it is termed ice fog. Visibility reduction in fog depends on concentration of cloud condensation nuclei and the resulting distribution of droplet sizes. Patchy fog may also occur, particularly where air of different temperature and moisture content is interacting, which sometimes make these definitions difficult to apply in practice. Fogs of all types originate when the temperature and dew point of the air become identical (or nearly so). 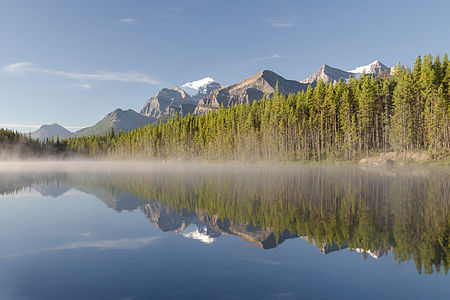 Mist is a phenomenon caused by small droplets of water suspended in air. Physically it is one instance of a dispersion. It is most commonly seen where warm, moist air meets sudden cooling, such as in exhaled air in the winter, or when throwing water onto the hot stove of a sauna.

The only difference between mist and fog is visibility. This phenomenon is called fog if the visibility is one kilometre (1,100 yards) or less (in the UK for driving purposes the definition of fog is visibility less than 100 metres (UK Highway Code rule 226), for pilots the distance is 1 kilometre). Otherwise it is known as mist. Seen from a distance, mist is bluish, and haze is more brownish.

Mist makes a beam of light visible from the side via refraction and reflection on the suspended water droplets.

Mist usually occurs near the shores, and is often associated with fog. Mist can be as high as mountain tops when extreme temperatures are low.

I would call the weather damp:

Being in a state between dry and wet; moderately wet; moist. 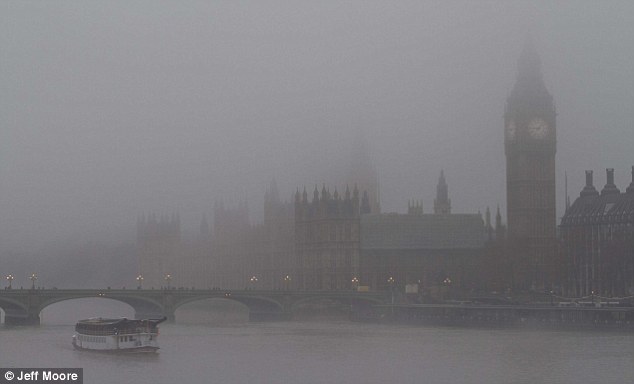 In Scotland, we recognise this meteorological phenomenon very well and have a special term for it: dreich (pronounced dree-[soft]ch).

Humid: (adj.) containing a lot of moisture in the atmosphere.

In Britain we say the weather is muggy.

The condition where both humidity and temperature are high enough that everything feels damp.

Depending on severity, fog (dictionary.com)

noun 1. a cloudlike mass or layer of minute water droplets or ice crystals near the surface of the earth, appreciably reducing visibility.

noun 1. a cloudlike aggregation of minute globules of water suspended in the atmosphere at or near the earth's surface, reducing visibility to a lesser degree than fog.

I would think to call it dew. Even though dew can be formed when there are no clouds, it can also be classified as the collected moisture you are referring to.

clammy - when used in reference to air or atmosphere means damp and unpleasant. When referring to objects means wet, damp, and sticky or slimy to the touch.

So if you are experiencing clammy weather, it often makes everything around clammy - damp, moist, and generally unpleasant.

A combination of mist and drizzle

Dew occurs when the atmosphere reaches the dew point temperature, and every surface exposed to the damp air gets wet:

In Cornwall, UK it's "mizzle" - heavier than mist but not quite drizzle. or "summertime", as noted above

4
Has 'dreich' surreptitiously crossed the pond and does it lurk, somewhere, in AmE?

6
What do you call someone who finds everything?
14
What do you call something that causes fear?
1
Word starting with P that indicates strengthening of a bond?
3
Having a conversation for someone else's benefit
0
Someone passing ' only instigating remarks (not conflicting) to annoy you for the sake of starting an argument
1
What do you call that oppressive feeling you get when it's hot and muggy?
2
word or phrase for an inconsequential object or activity
28
What are the words for people who cause trouble believing they know better?