For example someone says "I like most genres of music, but hate R&B", or "I like to go to the park but the children are so annoying", or "I'm going on holiday this year, I bet it rains the whole time".

So something that starts positive or neutral and generally ends negative. Is there a word for this?

The closest thing I can think of is buzzkill:

North American informal A person or thing that has a depressing or dispiriting effect:

1 A person or thing that spoils something:

An AmE slang expression for the circumstances OP describes might be a “downer.”

downer noun: slang 1. A depressant or sedative drug, such as a barbiturate or tranquilizer; 2. One that depresses, such as an experience or person. See, The Free Dictionary

The epitome of a “downer" personified, is “Debbie Downer”.

Debbie Downer is a name of a fictional Saturday Night Live character who debuted in 2004, and who was portrayed by Rachel Dratch.

The character's name, Debbie Downer, is a slang phrase which refers to someone who frequently adds bad news and negative feelings to a gathering, thus bringing down the mood of everyone around them. Dratch's character would usually appear at social gatherings and interrupt the conversation to voice negative opinions and pronouncements. See, Wikipedia 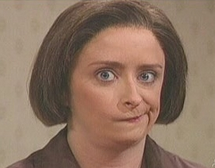 For the person scenario, I'd suggest pessimist:

This person is known as a "naysayer"

Some great synonyms from Thesaurus.com include:

3
When and how is the word 'scene' used for a group of people, and what are alternatives?
4
Word for a group of "like-minded" people
2
Word for desirable behavior that will be rewarded
1
A word to describe the act to switch between positive and negative?
2
A general word for for playground toys/rides/apparatus
4
How to describe a time range that starts one day and ends the next day?