Word for someone with the ability to change appearances

What's a word for someone having the ability to change their own or someone else's appearance? I've heard witch, pythoness, shapeshifter and siren, but any other words I'm missing?

The adjective I would use is protean. Here is the entry for protean from Merriam-Webster's Eleventh Collegiate Dictionary (2003):

protean adj (1598) 1 : of or resembling Proteus in having a varied nature or ability to assume different forms 2 : displaying great diversity or variety : VERSATILE

The relevant definition is the first one. You can read more about Proteus at Wikipedia's article on that Greek god. Note that protean applies to the ability to change one's own form or shape, not to change that of others.

To be able to change one's own appearance at will (especially in order to remain inconspicous (fit in) in different environments) is to be a chameleon.

Shapeshifter is the general word.
A Selkie changes between human and Seal, and a Werewolf just has two forms. Vampires? Do they have two forms: beauty / monster. Jack o' Lanterns and Will o' the Whisps, and Shimmers are ephemeral.

Circe who change Ulysses's crew into pigs, is called a sorceress

It's a little unclear what you're asking for, but a few other types of people who can change their own or others appearance that you didn't mention are Sorcerers/Sorceresses and Wizards/Warlocks, Djinn/Genies and other wish-granting entities (your local wish-granting well included), fairies (spriggans might qualify although they can only change their own size), and finally plenty of gods had these powers too.

If you just want creatures that change their own appearance (i.e. just a metamorph), you're probably discussing lycanthropes/werewolves, vampires, selkies, skin-walkers, naguals, kelpies, kitsune, etc. There's way too many of these to mention all of them as every culture has different myths about shape-shifters. All of these would be classified as therianthropes (a human being that can change into an animal), and the practice is known as therianthropy.

All that to say, the best term to use is just shape-shifter if you're talking about something that magically changes it's own appearance, and some kind of wizard, magician or other magical entity if you want something that can change someone else's appearance.

Also, I've never heard of sirens being able to change their appearance (or anyone else's), although they were often depicted as half-bird and half-woman.

Derived from transmogrify (verb: to transform in a surprising or magical manner)

The Master Transmogrifist, below, is a sorcerer or wizard who specialises in spells that change his form. He exists as a character class in role-playing games, eg 'Dungeons and Dragons'. DandDWiki 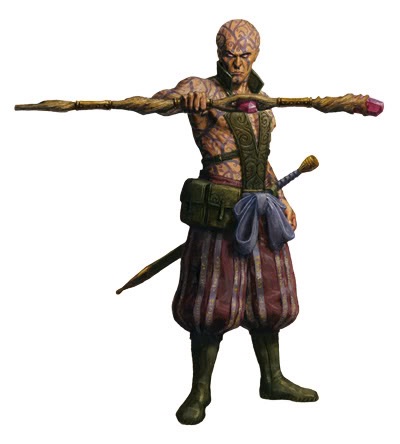 If you wanted a (perhaps too obscure) cinematic reference you could call them a Zelig, or perhaps refer to them as Zelig-like, after the 1983 mock documentary "Zelig" by Woody Allen. The film follows the eponymous Leonard Zelig, (the "human chameleon") who is unassuming and un-noteworthy other than his ability to change appearance and behaviour to fit his surroundings, and somehow insert himself into a series of pivotal historic moments.

In mathematics the term "automorphic" refers to a type of function that performs a "discrete group of transformations" on itself.

An automorph could be one who can change himself.

Not the answer you're looking for? Browse other questions tagged adjectives or ask your own question.

4
What is the correct usage of 'worse' and 'worst'?
56
Is there a word to describe someone who tends to disagree with others only to upset them?
10
Is there a word for “people who are computer illiterate”?
1
Words with Unexpected Meanings (like “restive”)
1
Is there a word that can describe a student who goes out of his own way to help other students succeed?
4
Is there an English word whose definition is the ability to tell truth from a lie?
2
Adjective for someone who's quick and easy to become close to
0
An adjective to describe someone with strong interpersonal skills?
4
Adjective for a person who enjoys taking care of their appearance