Alternative expression/term to trivial use of 'OCD'

After being reproved for doing so myself on SO yesterday. I realized that over the last couple of years the meaning of the expression OCD, seems to have deflated. Up to the point where people(read I) mostly associate it with pet peeves like the price of a fill up at a petrol station and the amount of litres, not both being round or misaligned street tiles.

It is obviously very useful since most of us can relate to this feeling to some degree. However, in a slightly more formal context like SE, this obviously is not an appropriate word to use since its trivialises a very serious affliction and therefore might be hurtful to people suffering from real OCD.

What would be a viable alternative in a context like this?

The cheapening of psychiatric terms is not restricted to OCD, look at what has happened to "psychopath". (Where I used to live, it has come to be identical with "ex-husband".)

As HotLicks says, we can go to its root with "obsessive", or if exercised on language (if the cap fits, wear it) we have "pedantic". In general, "niggly" and "picky". Area51's "fussy" can also be a noun, namely "fusspot", which I think our grandparents would have used for the people you have in mind.

You might like to speed-read Jane Austen for what she called ladies who absolutely had to have their toast just so, or early Hollywood biographies for stars who went postal if towels were wrongly laid out.

Fussy could serve the purpose.

too concerned or worried about details or standards, especially unimportant ones

I love the word "pernickety" (which is an alternative form of "persnickety"): 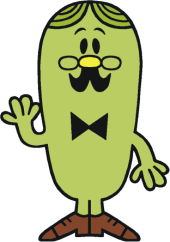 The symptoms associated with the trivial use of "OCD" tend to match the definition of obsessive-compulsive personality disorder (OCPD). Rephrasing the DSM-5 definition of OCPD gives several words for describing aspects of OCPD.

Also consider the word fastidious, which Wiktionary defines as "Excessively particular, demanding, or fussy about details, especially about tidiness and cleanliness."

My wife says, "Are you Monk?" though that might fade from public consciousness since the show finished.

I think the TV show has made such affectations more readily shown in front of others, and seen as endearing rather than "strange".

Being annoyed by misaligned tiles on the floor is perfectionism, the preference for perfection or some ideal. Such a person is a perfectionist, not suffering from OCD.

When your desire for perfection adversely affects your behavior, i.e. you are mentally unable to will yourself to enter a room because you saw one of the tiles on its floor is misaligned, then you might want to talk to a professional because you might actually suffer from OCD.

Not the answer you're looking for? Browse other questions tagged word-choice word-usage synonyms or ask your own question.

2
Any psycho-jargon-free alternatives for "in denial?"