Please kill me or just shoot me now

Please kill me and (just) shoot me now are two common idiomatic colloquial expressions which are generally used to mean that you, metaphorically, would rather die than do something or to express the idea you just cannot stand something. 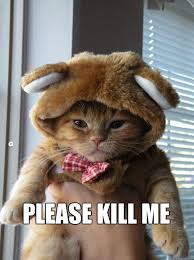 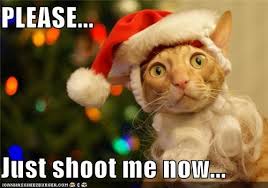 Though they may be natural expressions and, as noted, there are similar ones in other languages, I think that something (a song, a novel, a TV show etc.)must have made these expressions popular as they are known and used now.

I'll answer only second part of your question. There can be extensive amount of other effective expressions to replace this one.

For example all of mine would start with:

I'd rather be quartered and fried than go to school again.
I'd rather clean the city sewers than write another example.
I'd rather walk over a lego bricks on fire than travel by plane.

It might not be a phrase, but everyone understands the comparison between bad situation and a worse situation and sarcasm behind it.

So "shoot me" might just as well be a shorter version of:

In the following passage, taken from the story entitled Kate Leslie, the phrase ‘shoot me now’ appears to be idiomatic; a mild curse which the speaker utters in mock frustration as he tries to recall where he has seen the woman's face. They are fellow passengers travelling in a stagecoach, and Kate is with her husband.

‘None, I'm very much obliged to you,’ said Kate.
‘I can't help thinking I know your face somewhere, marm’ said the fat man, staring at Kate with a knowing smile.
‘I don't think it likely, sir,’ said Hanson with immense dignity.
‘Don't you ?’ replied the huge stranger with provoking indifference. ‘I'm sure, marm, you and I have met somewhere; but shoot me now if I can tell where!’
‘I have lived a very retired life, sir, and do not think it probable that we should have met.’
‘Oh ! I know,’ said the fat man, slapping his right thigh with his right hand.
‘Sure enough, it warn't in a room, nor any how that I could speak to you ; but 'twas at the Manchester theayter, and I was in the pit, and, I remember now, you was the pretty girl what acted Don Giovanni in tight breeches and a hat and feathers.’

The Uncensored Oral History of Punk

Story of Punk: More the Ugly Gossip Than the Music's Impact
August 22, 1996 By JON PARELES

“Please Kill Me,” named after a T-shirt once worn by a member of Television, doesn't have much to say about the music itself. It's a book of gossip, usually from the participants themselves, about couplings, petty crime, hustles, pratfalls, snubs, traffic mishaps, fistfights, knife fights and overdoses. In it, sex and drugs are inextricably linked to rock-and-roll; so are dissension, ambition and death. And true to its subject, ''Please Kill Me'' is lurid, insolent, disorderly, funny, sometimes gross, sometimes mean and occasionally touching. Its alternate subtitles might be “The Romance of Self-Destruction” or perhaps, “Body Fluids of the Poor and Infamous.”

… Richard Hell, who leaves Television with a ripped T-shirt and the song that should have been an anthem, ''Blank Generation'';

The American band, Television, formed in New York City in 1973, is said to have inspired the punk movement in the mid-70s. In 1975 Tom Verlaine, the band's front singer, reportedly kicked Richard Hell out, a co-founder of the band, after complaining that his unpredictable performance and behaviour in gigs drew attention away from the music, he would also refuse to play Hell's perhaps most famous and iconic punk song The Blank Generation on stage.

In vain, I searched online for the original t shirt, created by Richard Hell, between 1973 and 1975. I did however, find this description

Hell had written the words "Please Kill Me" on a shirt and included a graphic of a bulls-eye below it. He then decided it was against his better judgment to actually wear it – the duty was somehow assumed by Television guitarist Richard Lloyd. According to Lloyd, “Richard... wouldn’t wear it. So I [did]. These fans gave me this really psychotic look... Then they said, ‘If that’s what you want, we’ll be glad to oblige because we’re such big fans!’... and I thought, I’m not wearing this shirt again.”
NYROCK.com 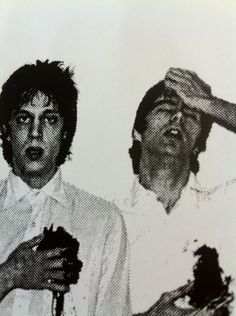 In 1998 Adam Sandler starred in the romantic comedy movie The Wedding Singer and played a spoof punk-rock song called Somebody Kill Me, Please

The YouTube video, posted in May 2006, has been watched 3,662,533 times, which suggests that the scene/song enjoys a moderate cult following.

According to the website Know Your Meme ®, the image macro Kill Me first appeared in Reddit, and might have been inspired by the 1986 cult movie Alien in which a crew member of a spaceship is trapped in a cocoon and begs to be killed.

"Stranger," said he, "if I ever get back to God's Country, and you catch me again on these yere plains, you may just shoot me for a prairie dog. I've seen all I want of this yere living, and don't hanker for no more of it."

Underground or Life Below the Surface, Thomas W. Knox, 1874.

A quote of literal use, which also provides the answer to what is an alternative expression, is taken form Inferno: the life and death epic struggle of the USS Franklin in World War II page 155,

All off a sudden a guy ran up to me...completely aflame from his head to his shoes...He screamed "Stan!Stan!Shoot me!Please shoot me! Put me out of my misery!" What can a man do? There was absolutely no way we could put out the fire. Hell, we didn't have anything to put the fire out with. Nothing. We were issued a .38 revolver and I had mine in a shoulder holster. So I drew my .38...

So the alternative expression is "put me out of my misery".

Another example of an alternative, from a folk song as sung in 1910 in Knott County, Kentucky, as published in Folk-Songs of the South, at page 95:

mortify 3: to subject to severe and vexing embarrassment : shame

"What other effective expressions could be used to replace them?"

Excuse the profanity, but

is an effective replacement in my opinion.

Notwithstanding my tongue-in-cheek comment above, Moses’ use of the expression (translated as “please kill me at once”/ “please kill me here and now”) as reported in the Book of Numbers is probably not directly related to the current use and meaning of “Please kill me” in English today.

However, I do think it is possible that Gloria Beatty’s (played by Jane Fonda in the movie) use of “Please shoot me” in “They Shoot Horses Don’t They?” (1935 novel/1969 film) might have a connection to the modern metaphorical use and meaning of that particular variation on the theme. (Although the poster cited in the last link does seem to have genuine cause for depression and like Moses and Ms Beatty, perhaps was using the phrase in the literal sense)

As for another similar expression, there’s “Please [just] push me off a cliff!”

Please kill me means that you would rather be nothing than to be humiliated or in a state of constant discomfort.

Your in-laws are coming for the week.

This would mean that you do not like your In Laws because they irritate you or are unpleasant or humiliate you (in front of others) and that you would rather be dead (since dead people have no worldly concerns) than be with them.