What to call statues that flank entryways?

What's the term for statuary, usually paired, which flank entrances?

My placeholder term is "sentinel statues," but I suspect there's an official one.

They are generally referred to as guardian statues. One of the most popular types is guardian lions.

For example, Chinese guardian lions ("Foo Dogs") are well-known and it is mentioned that they share symbolism with Staffordshire dogs:

While Staffordshire dogs originated in 19th-century England, like foo dogs they were used as symbols of protection and status. Staffordshire dogs were often found flanking the fireplace in well-to-do British homes, and were strikingly similar in pose and scale — I can’t help but wonder if they were at all influenced by these ancient guardian statues of China.

The lion statues of the NYC Library are mentioned as guardian lions in the book Public Space by Stephen Carr: 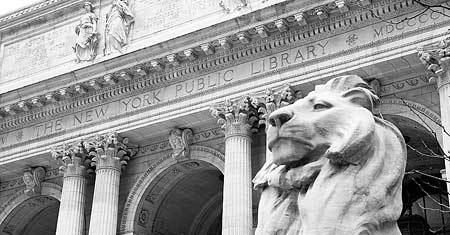 They are referred to as gate guardians as well:

Statue of a pair of lions often founds in temples in Southeast Asia as the gate guardian. The Balinese winged lion often served as the guardian statue or as the pedestal of wooden column.

Dvarapala (Sanskrit) is a door or gate guardian often portrayed as warrior or fearsome asura giant, usually armed with a weapon, the most common is gadha mace. 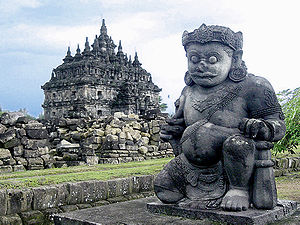 Gate-guardian sculpture is mentioned in the book "What is stronger than a lion?: leonine image and metaphor in the Hebrew Bible and the ancient Near East" by Brent A. Strawn: 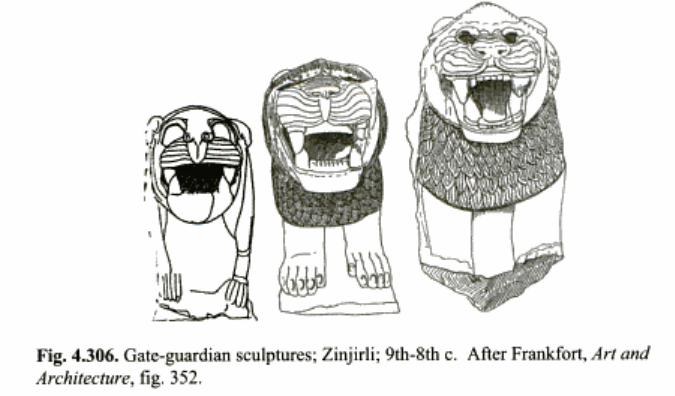 Not the answer you're looking for? Browse other questions tagged terminology vocabulary history or ask your own question.

7
What to call certain types of vague words that trigger strong emotions
23
What do you call an event that happens without a cause?
6
What is the correct term for "rubbing statues' parts for luck"?
0
What do I call the person that redeems a certificate?
5
What do you call the segment of track between two train stops?
4
What to call value compared with the previous day's value in stock exchange?
3
What do we call the past movement to latinize English?
1
What to call all single people?