Is there an idiom to describe someone who grew from less than average to influential?

Is there a idiom or common expression to describe someone who used to be shy, unsocial, unskilled, or even perceived to be useless, who somehow transformed himself or herself to be influential and powerful?

In other words, someone who used to be "nobody" who managed to become "somebody"

For those of you who know about Pokemon, I am thinking of something along the lines of Magikarp transforming to Gyarados, or that "mega-evolution" of that scale 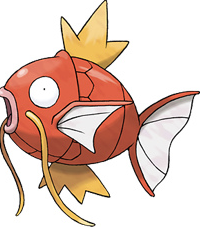 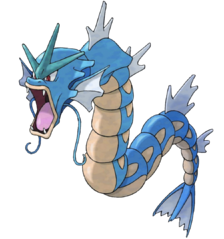 You gave a hint: from nobody to somebody is a quite common expression.

Well, it's a little hard to relate to the characters illustrated in your question, but down here on earth, someone who comes from "nothing" - no wealth, no family name, no power nor influence, to become a person of wealth and power is considered to have gone "from rags to riches", or can be said to have a "rags-to-riches" story.

The expression is idiomatic enough to be used in a number of book titles, including "Rags to Riches: Motivating Stories of How Ordinary People Achieved Extraordinary Wealth", by Gail Liberman and Alan Lavine 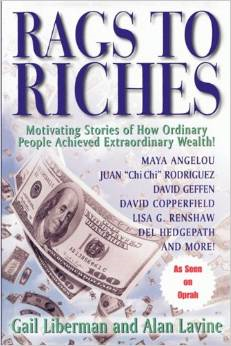 I think the metaphor of ugly ducking may fit your description: 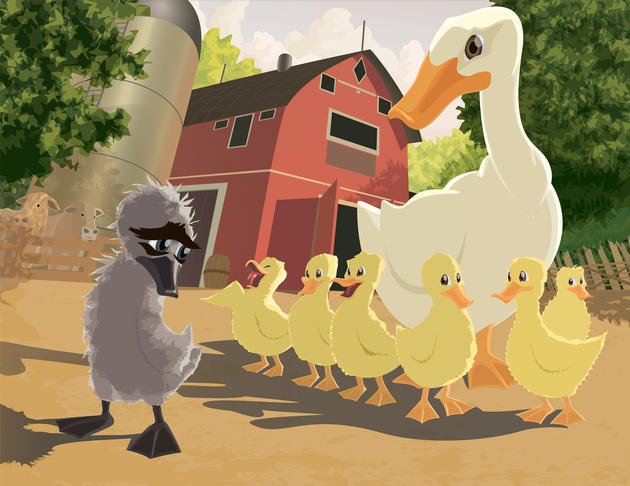 If you're willing to be a tad unconventional, I suggest:

The term Cinderella Man has come to mean someone who enjoys a very quick rise to greatness.

It comes from the fairy tale 'Cinderella' who goes overnight from a lowly fireplace tender (CINDER-ella) to being a princess.

It's not standard, I admit, but people are familiar with it. There's a movie and an Eminem song with that title.

In keeping with story titles that have become somewhat idiomatic, I'll propose:

The Mouse that Roared.

Granted, it often describes a "one and done"/one-shot occurrence, like a race horse successfully "stepping-up in class" to compete with/defeat "better" horses or an underdog boxer "punching above his/her weight" to compete with/defeat a "stronger" opponent, but the notion/image of a tiny mouse, generally perceived as shy, emitting a powerful roar kind of captures, I think, what you describe.

Good old Horatio Alger, Jr. wrote a pile of books about characters like this back in the 1800's. The tales came to be known as "Horatio Alger stories":

a "Horatio Alger story" has come to signify someone who begins with few resources and ends with vast riches,

Naturally, there are some who call such stories Myth.

A person who achieves a high or specified level of success:

'The Motivational section carries success stories of amazing achievers in India and overseas.'

From your comments it seems that you are looking for something that sounds good (doesn't bring the negative connotation of what used to be):

An outstandingly successful person or thing in a group

maybe doesn't exactly match your definition, but it comes close.

Having become successful or rich by one’s own efforts:

'Stanley was a self-made man who raised himself from poverty to success through his technical skills.'

The Oxford Dictionary of Quotations states that 'great oaks from little acorns grow' is a 14th century proverb. Unfortunately, they don't include any details to support their view.

The 'mighty' version is known, in the USA at least, from the middle of the 19th century. It appeared in A. B. Johnson's The Philosophical Emperor a Political Experiment, 1841.

Not the answer you're looking for? Browse other questions tagged idioms idiom-requests epithet-requests or ask your own question.

12
An idiom to describe someone who thinks he/she is wiser than others
34
Is there a slang word or idiom for someone who borrows money from friends or relatives and never (or rarely) pays them back?
5
“No less than” idiom root
94
Idiom for someone who buys all the best gear to do something before they even have a basic proficiency?
4
Is “less than eager” a native English idiom?
2
A less morbid equivalent of the idiom “Giving someone enough rope to hang himself”
1
Idiom for taking absolutely everything from someone
1
Is there a better Idiom to explain airing grievances to someone who has it worse?
2
Idiom for someone who needs constant babysitting