Where does the expression "cod indignation" originate from?

I've bumped into the expression "cod indignation" now and again, for example:

"And just when Ed has upped his personal ratings by proving not to be as gawky as the media pretend, he blows it by lathering up with cod indignation even as the story is disintegrating."

Indeed, I can quote much of the script from memory. Cod indignation from Groucho as he advises his dinner guest: "This bill's a disgrace - if I were you, I wouldn't pay it."

Among the meanings of cod listed in Eric Partridge, A Dictionary of Slang and Unconventional English, eighth edition (1984) is this one:

The related verb form has its own entry in Partridge:

So "cod indignation" means false, simulated, play-acted, or grossly exaggerated indignation. Both of the OP's examples readily admit this interpretation.

John Ayto and John Simpson, The Oxford Dictionary of Modern Slang (1992) has a couple of seemingly related entries:

codswallop noun Brit Nonsense. 1963—. [Example:] A. Prior All that stuff about mutual respect between police and criminal was a load of old codswallop (1966). {Origin unknown, despite popular theories of a Mr. Cod and his beer.}

The common element in all of these definitions is the insincerity of the presentation, assertion, or associated emotion.

Of the earlier slang meanings of the noun cod identified in Partridge—which include "scrotum," "testicle," "purse," "friend," "pensioner of the Charterhouse," "drunkard," and "foreman"—the likeliest source of the relevant adjective form is this one:

The etymology of this use is not certain, but according to The Word Detective:

“Cod” meaning “phony” has been British slang since the early 20th century, and although “cod” to me immediately conjures up visions of fish and chips, the connection of this “cod” to that is open to question. “Cod,” apart from fishy uses, has actually been slang since the late 17th century, but its original sense (for our purposes here) was to mean “fellow” (especially an old man) or, a bit more pungently, “fool” (“Ye vile drunken cod,” 1878). Some authorities have proposed that this “cod” was actually short for “codger,” meaning “a stingy and/or peculiar old man.” But apparently “cod” in this sense is found in the written record earlier than “codger,” so that explanation is considered dubious (although not impossible, given the spotty nature of the written record in that period).

The bombastic style of the late 16th century was described as pease-cod bellied :

Having the lower part projecting and stiffly quilted and bombasted: said of the doublet fashionable at the end of the sixteenth century. 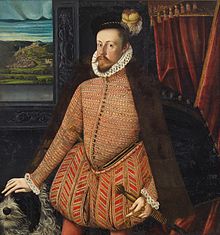 That peasecod image invites fake to the imagination, and although there is no clear linguistic evidence, the appearance of the codpiece also leaves plenty of room in the imagination for fake sack: 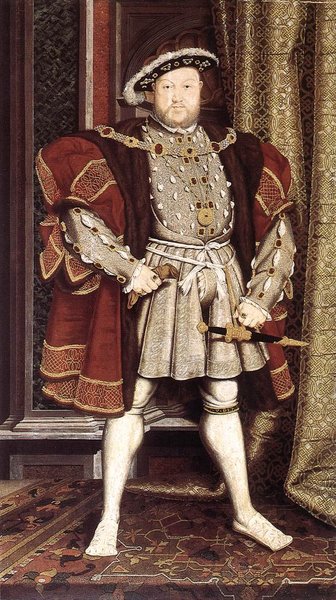 Sack is one of the archaic definitions of cod, from The New and Complete Dictionary of the English Language by John Ash of 1775:

The membrane and bag that contains the testes.

The definition of peasecod cuirass, fashioned on the peasecod bellied doublet, offers an interesting cultural insight:

Breastplates of this fashion were worn until the change of costume cause by the active prosecution of the religious wars, when these fantastic forms gave way to others, plainer and more practical.

Although there seems to be no hard linguistic proof, it is quite possible that the pretentious attitude behind this "baggy style" carried cod down the same metaphorical path as bombast:

A fellow of the "fake sack" style is an ostentatious fool? William Shakespeare seems to add credence to that possibility in King Lear. While confronting Lear's folly in the image of a cod-piece, the Fool compares Kent to grace and a wise man, while comparing Lear to a cod-piece and a fool:

KING LEAR
37 No, I will be the pattern of all patience;
38 I will say nothing.

Fool
40 Marry, here's grace and a cod-piece; that's a wise man and a fool.

In 1867, Alexander Dyce's The Works of William Shakespeare: Preface. Addenda, offered a different, but equally compelling, interpretation of the cod-piece:

an ostentatiously indelicate part of the male dress, which was put to several uses,—to stick pins in, to carry the purse in, &c. i. 290 (twice), 486; 112; iii. 483; vii. 295 (twice) ; (on the last of which passages, Marry, here's grace and a cod-piece ; that's a wise man and a fool, Douce observes, “Shakespeare has with some humour, applied the above name [cod-piece] to the Fool, who, for obvious reasons, was usually provided with this unseemly part of dress in a more remarkable manner than other persons”)

Whether the Fool refers to Lear or to himself as a cod-piece and a fool, Shakespeare has opened the door for cod:

a foolish man with a sack emptier than it appears to be.