How would you call sitting with your legs crossed but one calf resting on the other knee?

Sorry, perhaps this has been asked before but I just can't think of what this way of sitting should be called. Is there a word for it? I hope so!

To be more specific, you're sitting upright in a chair or something with one foot planted on the ground firmly enough while calf of the other leg is resting on the knee of the planted leg. Men tend to sit like this far more than women.

Thank you for your help!!

EDIT: Ok, as Mitch kindly suggested I try and do, I found a picture with the search terms "crossed legs man" 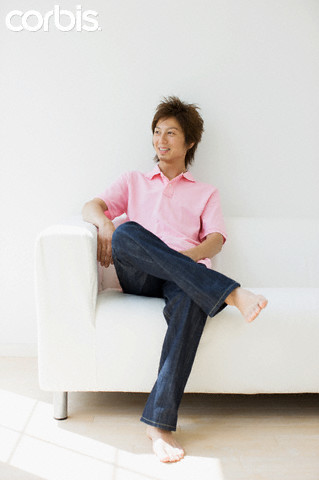 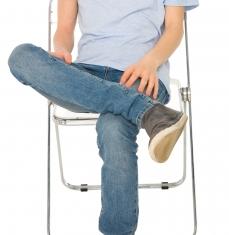 As others have noted, this could be described in basic terms as sitting with sitting with crossed legs or with a leg crossed, but to be more specific, Allan Pease's Body Language: How to read others' thoughts by their gestures (Sheldon Press, 1981) refers to this specific position as an "American figure four" because it is supposedly a

and to be contrasted with what he terms the "standard" leg cross, as such: 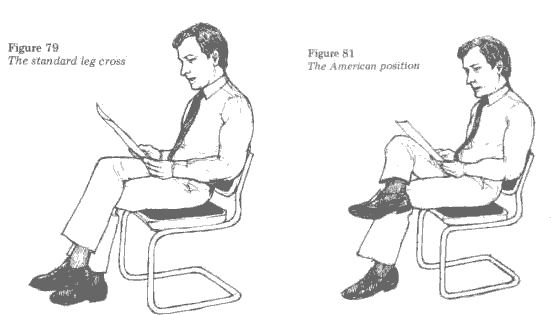 He retains this terminology in The Definitive Book of Body Language (Random House, 2008): 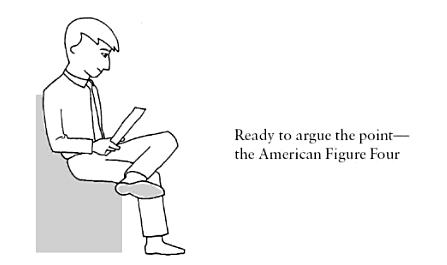 in contrast with the Europea Leg Cross (with a higher knee) and the Ankle Cross among others, and while I have never heard those terms in everyday use, I have heard of one crossing his legs in a figure-four. Whether originating from these books or from elsewhere, the terminology is used not only by other body language websites and books but in medical uses and massage guides, among others.

commons.wikimedia has loads of such pictures in...

Not the answer you're looking for? Browse other questions tagged meaning expressions vocabulary slang or ask your own question.

7
How would one use the word preposition?
4
How would one use the term “heavy sugar,” and how did it originate?
7
What is the English counterpart to 'Binboyusuri' - keep jiggling one’s legs during conversation sitting on the chair?
5
What do you call the person sitting behind the driver on a bike?
1
What would you call the sound a flute makes?
3
What is it called when you say something but it does not imply for the other?
2
What do you call a phone call with no one talking on the other side
0
How would you describe moving your head back in shock?