Origin of the saying 'all wet'

All wet: The Phrase Finder, referring to OED, suggests that its first usage was:

But what is the origin of wet meaning wrong?

The first dictionary mention of all wet that I've found is from Wentworth & Flexner, Dictionary of American Slang (1960), which has this unsourced entry:

all wet Mistaken, misguided, wrong; esp. convinced of, portraying, or loudly arguing a mistaken idea or belief. Colloq. since c1930.

The earliest discussion of the phrase in a Google Books match appears in John Alberti, "Weathering the Weather," in The Re-Ly-On Bottler: A Magazine of Ideas and Ideals for the Bottling Trade (June 1924):

Modern American slang is an institution that certainly merits as much approval as condemnation. It is so tersely expressive. But sometimes its application doesn't fit. "You're all wet," says the youth of today when he wishes to convey the idea that in his mind, your opinion or action or attitude in the matter under discussion is wrong. Just how the expression gained its vogue, or how it came to acquire its peculiar meaning is something outside the limit of my education along this line, but I imagine that it has some connection with the older expression regarding the person who "doesn't know enough to come in out of the rain."

By 1925, the expression was well enough established in U.S. popular culture that humorists could use it as a punchline. From "Old Stuff," a joke originally published in Life magazine, reprinted in the DeKalb [Illinois] Daily Chronicle (November 13, 1925):

HISTORY TEACHER—And what did Hero say to Leander after he swam the Hellespont?

While John Husband was out making the works safe for Democracy's wives [by fighting in the Great War], what happened?

Why Democracy's wives swiped Democracy's jobs. And Democracy is going to have a jazzboed time getting those jobpieces back. Friend wife has been holding down Comrade Husbnd's job and she is now hep to the cinch that the lil' fat rascal had. No more chance of hubbo coming back and grabbing off two tens for a five on that work stuff. The wiff has held his job down for two years. And she is wise that the fifty-fifty stuff they pulled at the altar was the bunk. It took a war to make Lena see that she was getting shortchanged by about forty-nine on the fifty-fifty arrangement.

The bird who used to get away with the salve about being overworked is out of luck. He's all wet.

It seems clear that "all wet" is a choice element in the latest slang, circa 1918, along with hep, bunk, cinch, jazzboed, wiff, hubbo, and such kindred terms (noted elsewhere in Bugs's article) as "the darb," "the grand razz," "you buzzed it," kerflapped, and zapps.

Another early occurrence (with a different implied sense of "all wet") appears in David Lustig, La Vellma's Vaudeville Budget for Magicians, Mind Readers, and Ventriloquists (1921), in the context of an extended bit of comedic patter to accompany the "Wine and Water" trick, where the magician changes a glass of wine successively into a glass of water, a glass of darker wine, a glass of milk, a glass of whiskey and finally a glass of water again:

Now kind cash customers....I will let you in on a little secret (takes pitcher in hand). Chemists claim that home brew....you know, raisins soaked in water....is poisonous. I have no doubt of it because a friend of mine recently drank a number of glasses and they carried him home dead....drunk!

Your friends will tell you there are all kinds of drinks concocted nowadays....and along comes a fellow just before I came out here....who claims he knows a former bartender who makes his own beer and calls it Male beer....and why? Because this bartender's name is Cohensky and the beer is Hebrew (he-brew).

Mr. (names theatre) close this act.... he's all wet! (aside) No such luck. Can't get enough of it nowadays.

In that regard I note that Wentworth & Flexner have this entry for wet as a stand-alone slang word:

wet adj. 1 Inferior or objectionable in any way; unpleasing; worthless; stupid; unfashionable, as in dress or manner; overdressed; boastful; etc. 1924 ... 4 Drunk. Not common.

Another possible influence on the emergence of "all wet" is the term "wet blanket," which Christine Ammer, The American Heritage Dictionary of Idioms, second edition (2013) says dates to the early nineteenth century:

wet blanket A person who discourages enjoyment or enthusiasm, ... This expression alludes to smothering a fire with a wet blanket. {Early 1800s}

Still, Alberti's argument in the June 1924 Re-Ly-On Bottler that the phrase "all wet" alludes to the expression "doesn't know enough to come in out of the rain" is appealing, too.

I can't add any more to the etymology, I'm afraid, but I can confirm that the phrase was in use in 1909. 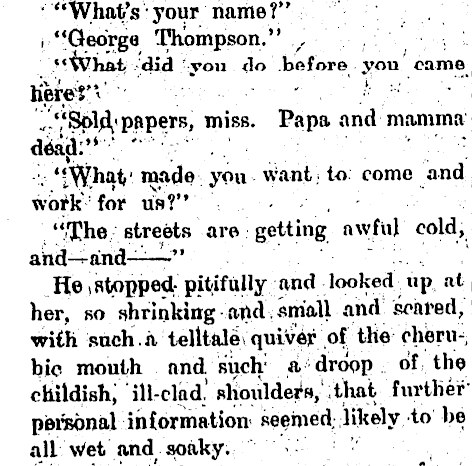 Phil M JonesPhil M Jones
6,01011 gold badge1616 silver badges2222 bronze badges
Add a comment  |
0
Want to improve this post? Provide detailed answers to this question, including citations and an explanation of why your answer is correct. Answers without enough detail may be edited or deleted.

I suspect the meaning to be related to the expression "wet behind the ears" which referenced a newborn (who would not have any formed ideas yet, no?). So all wet would go back in time even further- to just being born when one would know even less.