Usage and meaning of the word "Ragging" in India

This is my first post here on an unwelcome situation in India, described by a word, "Ragging".

"Ragging is a practice similar to hazing in educational institutions. The word is mainly used in India, Pakistan, Bangladesh and Sri Lanka."

With several meanings of the word "Rag",

OED states that it also means:

Longman's Online Dictionary: ragging: (British English old-fashioned) to laugh at someone or play tricks on them [= tease]

P.S. Please edit my post for punctuation and grammatical errors, if any.

Ragging is the present participle of verb (rag- to scold). Ragging is similar to but not the same as hazing.

Ragging in India is synonymous with bullying, the act of intimidating someone.

Why it is being used in India => While ragging may indeed have started out as a term for teasing (British- to play rough/boisterous practical joke on sb).

Constantly and gradually the Standard Englsih usage keeps on changing, and as such certain expressions become outdated or archaic.
But since there's lack of direct contact with native speakers, Average InE users are generally not even aware that expressions can die too.

Ragging is now an archaic term for the native speakers (the answers/dictionaries testifies it). It went out of style decades ago, about the time the British left India, but ragging as a synonym for bullying has prevailed. Such usage is considered Indianism. 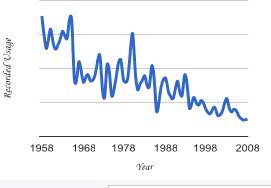 I recall back in the 70's (in the US), my friends and I using the term ragging when we meant someone was picking on / harassing us.

The British influence is no long all encompassing on InE. Since the teachers in India are themselves not native speakers of the language, they fail to bring in the native flavor, and the usage at times is archaic or direct translations from the native tongue.

However, if we examine the print media, the usage of terms such as eve-teasing and ragging is rampant.

These examples are an Indian adoption of standard English.

I am a little confused by your question. You appear to have answered most of it yourself.

Ragging was a schoolboy (mostly public school) word for teasing, playing practical jokes on, and so forth (you could certainly rag a master, but care was needed). It was still in use when I was at school, but has probably died out by now in England, save for those who deliberately use archaic slang.

I experienced the same when I was in grade/high school (80s/90s) in Canada, and have heard my father using 'ragging' in the same context, so we know it's been in use in the meaning of teasing, tormenting, or otherwise psychologically damaging your fellow classmates ;) for years.

Not the answer you're looking for? Browse other questions tagged etymology word-usage history indian-english or ask your own question.

6
Eve-teasing... are such words used only in the country of origin
6
Does "avail" make sense here?

12
Is the word "dear" used as a word to show affection or for official use in India?
2
Lost Out of Sky - Local Usage (India) or Typo
11
Did British chef Jamie Oliver redefine “pukka” in 1999?
8
What caused bell peppers to be called capsicums in some countries?
5
Origin of 'buck up', meaning "to become encouraged"... American or British?
0
Contemplate - meaning and usage
21
What's the meaning of "wooden loaf", the famous expression used by Gandhi to define the Independence of India?