My question is on the grammatical correctness of the following sentence with regard to the form of the verb 'join':

The plan is that the group join the party.

Other sentences that I think represent the same issue (regarding the verbs sing, consider, maintain) are:

I ask that the choir sing at the banquet.

The advice is that the committee consider the alternative.

The advisor recommends that the firm maintain its involvement.

In each of these above sentences I attempt to make a command (do this: join, sing, consider, maintain) but to a third person subject (as though not speaking directly to the group/choir/committee/firm). Microsoft Word's grammar features suggest correction to me from 'join' to 'joins'. Is it grammatically incorrect as I have written it?

Basically I am trying to write a proposal in which I implore a recommendation. I essentially want to say, imperatively, "do this", but more gently/politely or in a more passive tone. I picked to say "that the group join" because to me it's as though I am saying "that the group will join" or "that the group would join", but I don't want to write that out to avoid being too pushy (saying that it 'will' do as I say) nor too nonpersuasive (telling them that they 'would' do as I say, if they feel like it.. or not.. whatever..). Nor do I want to say "the plan is that the group joins" because my purpose is to recommend (propose) for the group to carry out the action, in the future.

What's a correct word choice or conjugation here? What's the best tense for the sentence?

What you have written is a perfectly correct usage of the subjunctive mood. It's less common than it used to be, but English speakers should understand it to mean what you want it to mean straight away.

The best thing to do with Word's grammar checker is to turn it off!

The tense you are using is called the present subjunctive. It is the exact same form for all persons, and it can be used in both past and present situations. It is identical to the bare infinitive in form. Using the present subjunctive is fine and quite common in a that clause following a verb that expresses a command or request.

Some style guides say it should only be so used if the subject of the main clause has some influence on the outcome of what he wants; that is, it should not be used if you simply wish that something will be done, without encouraging someone else to do it. This rule may be controversial: I often see it used after the verb to wish as well.

Barbara's teacher suggests that she take an introductory course before trying this advanced subject. (Suggesting may influence Barbara's actions.)

The Board recommended that our university invest more in bonds and gold.

? Elisabeth hoped that God grant her this small request. (Hoping does not influence God.)

In any case, this construction is rather formal. Note also that it is more common in America than in England, where should is often used instead:

My lieutenant advised that half the artillery should be positioned behind the hill.

Here are some examples of verbs that often have a that clause with subjunctive or should, from Englishpage.com:

It is best (that)

It is crucial (that)

It is desirable (that)

It is essential (that)

It is imperative (that)

It is important (that)

It is recommended (that)

It is urgent (that)

It is vital (that)

It is a good idea (that) (I find this one and the following one a bit dubious, because you'd normally use an infinitive here.)

I essentially want to say, imperatively, "do this", but more gently/politely or in a more passive tone.

Well, it's hard to be imperative and passive. In this case, what's wrong with using "should"?

The choir should sing at the banquet.

The advisor thinks the committee should consider the alternatives.

According to the advisor, the firm should maintain its involvement.

And so on. BTW, I agree with Rhodri that you should turn off Word's grammar checker. It's about as helpful as this guy: 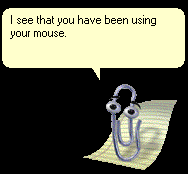 It never helps you decide the fine points of style, and never fails to encumber you with help when you don't need it.

Not the answer you're looking for? Browse other questions tagged grammaticality subjunctive-mood imperatives or ask your own question.

0
What is the name of the tense “that she take”?