How and when did "bash" and "do" come to mean party?

I am on my way to a faculty party at the university. The Head of Sciences is retiring and is throwing a huge bash, all his staff, selected external examiners like me and various scientists from private institutions and funding bodies. The Head of Sciences is married to a French wine merchant and caterer and expectations of this party are unusually high for a faculty do.
page 102, Apple Tree Yard

I like this passage from an English language point of view. The author Louise Doughty includes two synonyms for party; a bash and a do. Bash is slang, it conjures a wild type of party, possibly impromptu, raucous and loud.

Etymonline says On a bash "on a drunken spree" is slang from 1901, which gave the word its sense of "party." Does that mean the first time "bash" was used to mean party is in 1901? I understand that the expression on a bash is from 1901, so bash must have come later.

A do on the other hand, sounds as if the party is quite formal, where one is expected to dress up and behave in a socially acceptable manner. Dos are, typically, weddings, landmark birthdays or grand social events. In this case a faculty party can be called a do.

mainly UK informal a party or other social event:
Colin's having a bit of a do for his 50th birthday.
It was one of those dos where nobody really knew each other.

J. E. Lighter, Random House Historical Dictionary of American Slang (1994) suggests that bash in the sense of "party" originated outside the United States, perhaps from the idiom "on the bash":

bash n. ... 2.a. a celebration or feast, esp. a boisterous party. [The term seems to have entered U.S. slang via the armed forces during WWII.]

[Examples:] 1901 in OEDS: Let us go and do a bash! ... [1924 in OEDS: The village tailor ... had an unfortunate weakness for getting terribly "on the bash" perhaps twice a year.] 1944 E.H. Hunt Limit 123: Quite a bash, wasn't it? 1944 AS XIX 310: Lieutenant Joe Klass, a young American Spitfire pilot, wrote late in May of the new colloquial vocabulary of American prisoners of war in German camps, [including] bash, banquet.

Eric Partridge, A Dictionary of Slang and Unconventional English, eighth edition (1984) partly corroborates that theory of origin, in this entry for bash:

But Partridge also notes that bash as a verb has long had a seemingly related slang meaning in Australian English:

On the other hand, John Ayto & John Simpson, The Oxford Dictionary of Modern Slang (1992), asserts that bash in the sense of "party" is of U.S. origin:

But Tom Dalzell, Flappers 2 Rappers: American Youth Slang (1996) asserts that bash had a narrower sense in the 1940s, as a verb:

bash To eat to excess

The relatively few slang dictionaries that address do in the sense of "party" suggest that it is a more formal affair than a bash is. From Jonathon Green, The Dictionary of Contemporary Slang (1984):

Paul Beale, Partridge's Concise Dictionary of Slang and Unconventional English (1989) suggests that the term may be older and non-American, although the cited instance may be simply coincidental, given how basic the word do is:

do, n. An entertainment, a social function. In New Statesman and Nation, 23 Sep. 1933, we read of 'a famous West Indies cricketer, who speaks perfect English' (Constantine, no doubt) being puzzled by the phrase a slap-up do, applied to a tea. The puzzlement was admittedly caused more by the slap-up than by the do, though the juxtaposition may also have been partly the cause. In this sense, do obtained in dial. as early as 1820.

To summarize, bash in the sense of party may originate from kindred usage or phrases in the UK, Australia, Canada, the United States, or German POW camps; and do may be traced to the United States in 1952 or to Britain in 1820.

In general, a do seems more formal than a bash—and the phrase slap-up do doesn't tend in a contrary direction, as slap-up has virtually nothing in common with slap-dash. Partridge's Eighth Dictionary of Slang defines slap-up as meaning "Excellent; superior, first rate; grand."

If bash in the sense of party did indeed emerge from bash in the sense of "a drinking spree,"then perhaps the violence of the word bash is related to activities pursued during the spree or perhaps the state of the participant's head the next morning. This is purely speculative, however, as none of the references I consulted hazarded an explanation for the word choice.

There was a British TV show in the late 1980s, entitled A Bit of a Do starring David Jason. Every time there was a wedding, or any special occasion there would be a large party, a get together of friends and relatives. A bit of a do, is a British informal expression that implies the party being held is rather special, or fancy.

An important party takes time and effort to set up, organize and do whose definitions include; to create, make, or take part in. This probably explains its British English coinage.

Although a do can be a formal affair, it needn't be ‘posh’, as the following quotations illustrate

The People of Ship Street (1958) By Madeline Kerr

The OED cites this example

an excerpt from the book suggests how do could have replaced make, it also hints at its origin: Lancaster, England.

We shall, therefore, illustrate the manner of making a Christmas feast as it was practised at Ellel, near Lancaster, within these few years […] 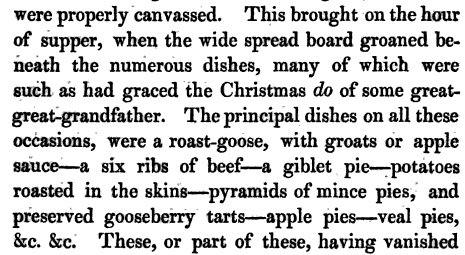 The American English ‘a big do’

A big party can be called ‘a big do’ in British English but in informal AmEng it also means a big commotion or a big fuss, context will tell us whether the speaker is referring to a party, or a ballyhoo.

Written by the British author J. S. Fletcher in 1922, the dialogue is spoken by an American

“There's only one thing one can say with any certainty about this affair, Allerdyke,” remarked the American at last, “and that is precisely what the man we've been talking to said—it's a big do. The folk at the back of it are smart and clever and daring. We'll need all our wits.”
Source

I suggest it comes from - Doing yourself up, - getting dressed up -It's a bit of a do, get yr glad rags on etc, darling, we'll go there and have some fun.It's a bit of a do. But where does it come from? How old is it? For me it seems like its always been an expression of an event, a party, from as long as I can remember. And I'm 64 (like The Beatles tune.)

There's a story from my hometown that "bash" became synonymous with "party" after the crazy wild parties thrown by Leslie Buswell, Abram Piatt Andrew, Henry Sleeper, and John Hayes Hammond Jr. in the 1920s and 1930s in Gloucester, Massachusetts. Their four last initials spell out bash, B for Buswell, A for Abram, S for Sleeper, and H for Hammond. All four men were pretty prominent in their respective fields, and their parties were pretty well known, as far as I can tell. It's not unreasonable that the story is true.

Not the answer you're looking for? Browse other questions tagged etymology differences synonyms british-english slang or ask your own question.