What do you call someone that believes he is the only living being?

What do you call someone that believes he is actually the only living being and that everyone and everything that exist (besides him self) is a state of his own mind? I am not referring to a narcissist

As @bof stated in comments, the answer is solipsist. Solipsism is a philosophy with that idea as its central tenet.

Solipsism is sometimes expressed as the view that "I am the only mind which exists," or "My mental states are the only mental states." However, the sole survivor of a nuclear holocaust might truly come to believe in either of these propositions without thereby being a solipsist. Solipsism is therefore more properly regarded as the doctrine that, in principle, "existence" means for me my existence and that of my mental states... For the solipsist, it is not merely the case that he believes that his thoughts, experiences, and emotions are, as a matter of contingent fact, the only thoughts, experiences, and emotions. Rather, the solipsist can attach no meaning to the supposition that there could be thoughts, experiences, and emotions other than his own.

It is Descartes on steroids.

Cogito ergo sum. (I think, therefor I am.)

" the loneliest" dare I say? 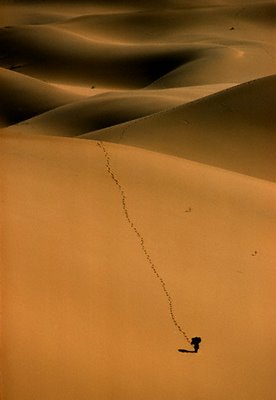 in philosophy though he is the idealist---idea+l+ist