Connotations of the word “galore”

I would like to know what connotations the word "galore" carries for native English speakers. I really like the word and it's meaning and have seen it being used in some modern contexts. However, I'm afraid I might sound archaic or something, if I use it.

It carries with it the idea that the plenty is a good or desirable thing; you could have whiskey galore or fireworks galore but it would sound very strange to complain about litter galore or dog turds galore in a park or playing field. It isn't archaic.

Galore is a strange beast.

It must be allowed to be in two word-classes at once.

It is a quantifier, meaning 'many'. But it is unusual in that it comes after the noun (phrase) it modifies

There were pavilions galore spread out across the field.

But it also has attributive (in the sense of 'attributional') weight, with an indication (in its traditional sense) of splendour (pavilions) and / or gaiety (pavilions, whisky), and must therefore be reckoned as a peripheral adjective (modifying the overall situation rather than the noun). So it would not traditionally be used in place of (prenominal) many here:

There were many mutilated bodies lying around the battlefield.

*There were mutilated bodies galore lying around the battlefield.

[Mari-Lou A has pointed out that some (I'd call them perverse) usages, as in Tommy Cooper's ironic 'That's nice, that is!', are encountered in certain registers. Thus 'blood galore' in the latest Dracula film or shoot-em-up. Wicked.]

Most dictionaries give single word classes (they like things neat and tidy), but they don't agree on which fits best. In fact, some dictionaries still don't accept determiners (with subclasses quantifiers ...) as a separate class.

It means "plenty" or "lots" with the connotation that the thing that is plentiful is a good thing.

It's from the Irish go leor. In Irish go leor means "enough", but it being often enough used to make its way into English is probably from ceart go leor which means "good enough"/"fine"/"okay" (ceart = "correct/proper/right/" go leor = "enough/sufficiently") and which is a phrase that even those Irish people who don't speak Irish, will recognise and use (to state assent, or in reply to Conas atá tú? or even to the English "How are you?").

While ceart go leor isn't used along with English anywhere outside of Ireland, it did mutate into galore. The original meaning of "enough/sufficient" explains why it is only used of good things.

However, I'm afraid I might sound archaic or something, if I use it.

It's far from archaic, plenty of people would use it today.

In terms of definition, I think the other answers are very thorough.

However, in terms of connotations, it makes one think that there is more than necessary of the thing being described, as opposed to simply 'lots'.

So whilst there is indeed a sufficient amount, there will likely be surplus.

Whilst it is true that in general it is used to describe good things, it can be used in a negative sense.

There was food galore upon the table.

This would throw up a context of gluttony, or more than could possibly be eaten.

The word 'galore" is an example of a postpositive adjective, which means it comes after the word it describes.

In some languages (such as French, Spanish, and Italian), this is the normal syntax.

Examples of a postpositive usage:

"Galore" means "in large amounts". The connotation is one of surfeit: the large amount is so large that it verges on being ridiculous or unnecessary. You could use it more or less interchangeably with the idiomatic construction, "more _______ than you can shake a stick at," and it often has a similarly quasi-humorous tone to it.

When he was running for President of the United States, Donald Trump once notoriously said:

"We're gonna win so much, you may even get tired of winning, and you'll say 'Please, please! It's too much winning! We can't take it any more!'"

That is the kind of excessive abundance "galore" refers to.

As such, "galore" is very commonly used in positive contexts, to describe (or persuade someone else of) a ridiculously large amount of good things: "Come down to Best Value Market, where there's savings galore!" It's so frequently used positively, in fact, that even some reference works (I'm looking at you, Collins English Dictionary) claim that "galore" is solely to be used for abundances of things that you like.

However, as the connotation of "borderline absurd excess" suggests, "galore" can also be used neutrally, or even pejoratively. See, for example, this blog post:

Now that the Transformers franchise is expanding, with the announcement of a Bumblebee standup movie getting in the works, it sounds [like] they’ve decided to move beyond the Michael Bay world of explosions galore.

Another example: the title of this New York Times editorial, "Messages Galore, but No Time to Think", where the writer's attitude towards the titular "messages" is deeply ambivalent: 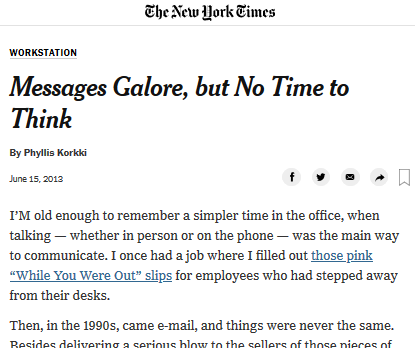 Or this quote, from one of the oral histories in McSweeney's The Voice of Witness Reader, edited by Dave Eggers:

So "galore" can refer to an excessively large/borderline absurd amount of anything, whether positive, neutral, or negative.

However, because it can sound flippant or jokey in its characterization of the large quantity as being almost absurdly large, there are contexts where "galore" might be tonally inappropriate, and you should find a more neutral term to describe "a lot of something". To take one self-evident example: if someone's malignant tumor had metastasized and spread to several of their organs, you really, really shouldn't describe them as having "cancer galore"!

Not the answer you're looking for? Browse other questions tagged connotation or ask your own question.