Google Ngrams shows that in is the most common term, followed by at, on, and then through. In my experience, they're used in different contexts.

If you want to distinguish using the crosswalk from crossing elsewhere, you use at. For instance, when I was a child, we were admonished:

Always cross the street at the light or a crosswalk.

If you want to refer to a location when some event occurs, you can use in:

The car didn't stop, even though I was in the crosswalk.

on is used when referring to other things being on the pavement of the crosswalk.

There are zebra stripes painted on the crosswalk.

through tends to be used when talking about cars or bicycles going over the crosswalk in the direction of street travel, not crossing the street.

The car went through the crosswalk even though there were pedestrians in it.

It depends on what you are emphasizing

The answer to your questions is an emphatic, "Yes."

Substitute the word "bridge" for crosswalk in your examples. "Through" is awkward, but the other words are all valid and, more importantly, each word paints a different world. 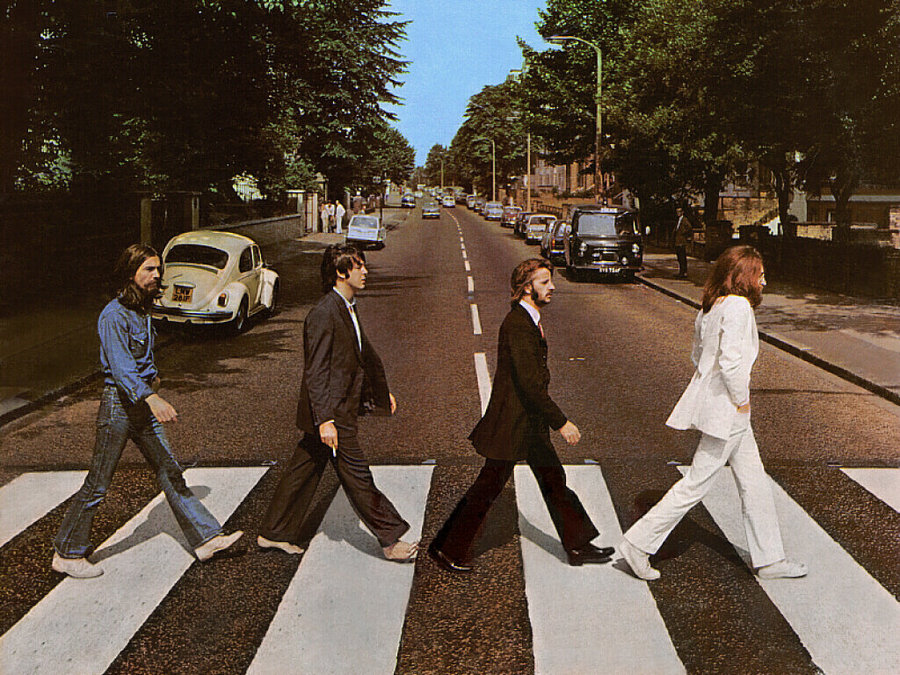 What words best describe The Beatles in the famous picture, above? Use the word that forces your reader to imagine the world you are creating.

Not the answer you're looking for? Browse other questions tagged american-english expression-choice or ask your own question.