I understand this is quite a complicated title, however I have failed to discover a word (or a few words) to adequately describe the creative language used when changing a saying (or well-known phrase) into something slightly different, with a different meaning but still echoing the original phrase used.

As much as that was a horrible way of trying to explain the concept, I will provide an example that expressed want I want to sufficiently and coherently explain.

A reasonably well-known phrase which was used on a recent Batman film by Christopher Nolan (although this won't have been the first use of the phrase) is:

Some people just want to watch the world burn

Recently, I came across this photo which was a very clever (in my opinion) use of that phrase, changing it slightly to give it a different meaning based upon the current situation:

Which is very clever and I was wondering if there is a word that describes the creative language used here.

Any insight would be much appreciated. 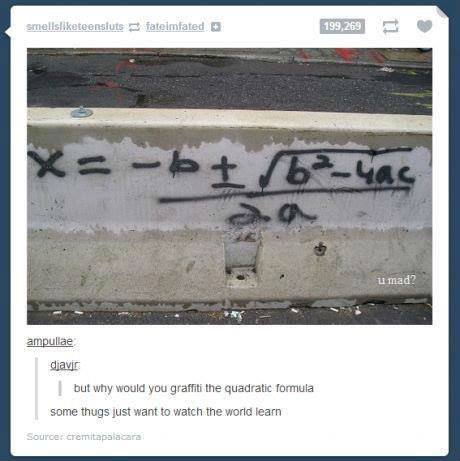 The term that describes this phenomenon is snowclone, which Collins defines as

Note, however, that this definition says nothing about the extent to which the new word(s) may or may not rhyme with what they replace.

According to Collins, snowclone is a 21st-century coinage which derives from the common formula "If the Inuit have N words for snow, then surely X have Y words for Z" + clone.

The Jargon File describes this as "soundalike slang".

Hackers will often make rhymes or puns in order to convert an ordinary word or phrase into something more interesting... Terms of this kind that have been in fairly wide use include names for newspapers:... Wall Street Journal → Wall Street Urinal

the humorous use of a word or phrase so as to emphasize or suggest its different meanings or applications, or the use of words that are alike or nearly alike in sound but different in meaning; a play on words.

This is in accord with what I've always called what you describe: a pun. Substituting a word for a rhyme counts as using a word that sounds alike. It's almost the most basic form of pun there is. We might say 'the right to arm bears' (the same words have different meaning) or 'the right to bear farms' and have a picture of someone uncaging a bunch of bears in a farmer's frontyard (now a similar sounding word has different meaning, too).

So, you can safely call this a pun and be understood. I appreciate the more recent evolution of a more specific term of 'snowclone', as well, but I'm not sure it quite covers the sense of lyricalness. However, I'm pretty sure the wit is inherent in the choice of using an allusion.

I think soundalike slang is more appropriate when the usage is more about defining the language of your group and less about wit--when it becomes a formula.

Not the answer you're looking for? Browse other questions tagged grammar phrases popular-refrains construction or ask your own question.

3
Is there an English saying like “cut to the chase”, but with a negative connotation?
2
Is the term “indignant with rage” acceptable?
1
Looking for a folk saying or proverb that reflects “the closer, higher the competition”
5
What's the English idiom/saying to describe that the chosen word is not correct?
0
A saying that means a bad judgment often is reduced by understanding the reason of somebody's behavior or words.
2
Saying or idiom that means learning a lesson from the bad or good experience
3
What's a saying for “haggling/arguing about the details of something that you ultimately won't interact with or buy?”
0
Can the phrase “the likes of which” and “with which” be combined to prevent ending a sentence in a preposition?
2
What's the old saying that means “the written word is more powerful than the spoken”